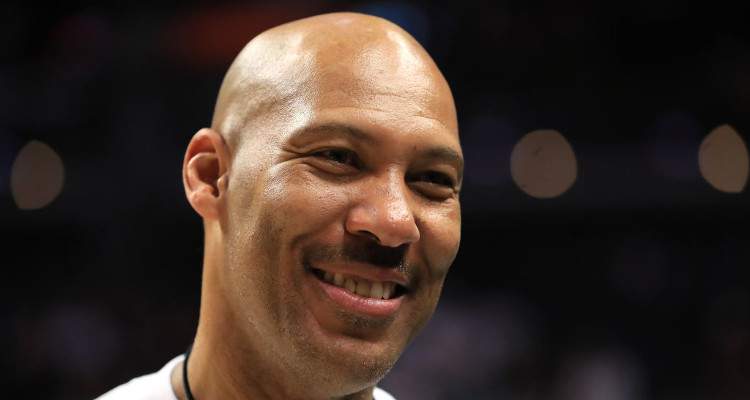 LaVar Ball is all over the news again after refusing to thank President Trump for securing his son LiAngelo Ball’s release from prison in China. Twitter has been buzzing with a war of words between the senior Ball and the President, and it may be a while before things calm down. Meanwhile, read all about LaVar Ball’s net worth, and if he is putting money where his mouth is!

LaVar Ball loves making headlines, and the basketball dad has outdone himself again! After claiming that he could beat basketball legend Michael Jordan one-on-one, Ball has landed back in controversy’s lap after his recent comments about President Trump’s role in LiAngelo Ball’s release from a Chinese prison. LaVar Ball sure loves the attention, and he is definitely raking in the moolah for every comment he makes!

So, how rich is LaVar Ball? How much is the 50-year-old basketball dad’s net worth?

Keep reading to find out more as we’ve got the scoop on LaVar Ball and his wealth!

LaVar Ball was born on October 23, 1967, in Los Angeles, California. He is married to Tina Ball, a physical education instructor. They have three sons together, all of whom play basketball.

3 boys on all three levels! #bigballerbrand

Their oldest son, Lonzo Ball, plays for the Los Angeles Lakers; their middle son LiAngelo Ball, plays for UCLA; and their youngest, LaMelo Ball, is Chino Hills High School’s point guard. All three are looking to cement their place in American basketball history and dad LaVar has no qualms about this!

A 2015 feature story by CBS Sports got the family into the spotlight, and LaVar Ball has firmly stayed there ever since.

Ball said, “And I knew they were going to hoop like this from Day 1. That’s why I married my wife. Before they even came out the womb, I said, ‘I’m having three.’ And with the way I’m built, and the way she’s built, I knew I was going to have three killers. So, this thing was planned long ago. Because I knew if you put two basketball players together, this is what you’re going to get. I knew this is what we were going to get.”

LaVar Ball’s wife and kids, including himself, are part of a new reality show that premiered on Facebook in September. The show, which is called Ball in the Family, runs along the lines of Keeping Up with the Kardashians. It has been renewed for a second season that will air later this year.

Awww yeah!! I am excited to share the trailer from our new Facebook show #BallinTheFamily . Follow Facebook.com/BallInTheFamily to get new episodes. The first one will be available tomorrow!

Even LaVar Ball’s house had to make it to the news! He recently gave a tour of his new 16,000 square-foot house, which he said is “the biggest house in Chino Hills” and “the best house in an 80-mile radius.”

There is nothing much to report about LaVar Ball’s career as a sportsman. He played college basketball and had a brief football stint in his younger days, but never made it beyond the practice squad in the NFL.

LaVar Ball may have had a lackluster sports career, but he has big dreams for his sons. And, he has continued to gain public attention by making astounding claims about them.

Some of his incredulous comments include his son Lonzo Ball being a better basketball player than Stephen Curry, and that he could beat Michael Jordan one-on-one back in his younger days.

Critics have dismissed his claims, but Ball doesn’t care! He still talks a big game!

After LaVar commented that his sons deserved a $1.0 billion shoe deal, major shoe companies backed away.

“We said from the beginning, we aren’t looking for an endorsement deal. We’re looking for co-branding, a true partner. But they’re not ready for that because they’re not used to that model. But hey, the taxi industry wasn’t ready for Uber either,” said Ball.

This led Ball to start a company to design and manufacture their own shoes. They released their first shoe, ZO2, in May 2017. It was named after his eldest son and retailed at $495.00.

The brand has been in the midst of a lot of controversies this year, including LaVar Ball’s outright disregard for NCAA rules about his sons endorsing his products.

How Did LaVar Ball Make His Money

With his incredible talk and smart business acumen, LaVar Ball’s net worth is currently $4.0 million, according to sources. This wealth includes money earned from his Big Baller Brand, million-dollar endorsements, and reality show deals. And, with claims that buyers are lining up to purchase his designer shoe, this figure will continue to rise!

Ball’s current feud with Trump may have landed him in the spotlight once again, but critics say it may hurt his brand’s reputation. However, it seems as though all press is good press for LaVar Ball, who continues to bask in his sons’ successful careers and make millions!

Now that the three basketball players are out of China and saved from years in jail, LaVar Ball, the father of LiAngelo, is unaccepting of what I did for his son and that shoplifting is no big deal. I should have left them in jail!