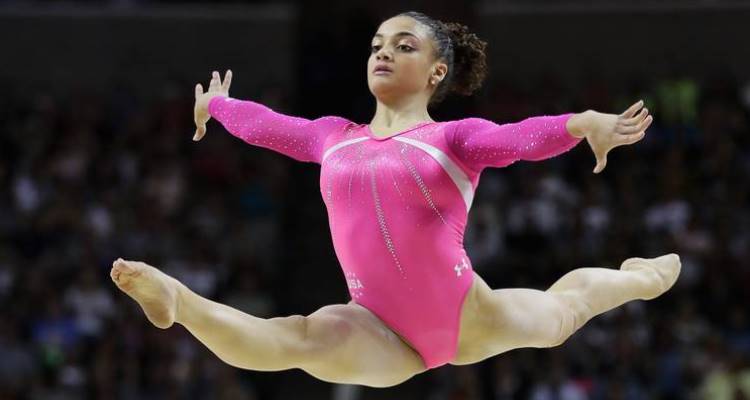 There is certainly a lot of curiosity surrounding American gymnasts at the Rio Olympics 2016. One of them who has gained a lot of attention is 16-year-old, Laurie Hernandez. Though she is just 5’0”, Hernandez has made a big impact on the sport of gymnastics, and given that she is just 16 years old, she has time on her side. She is the youngest member of the American women’s gymnastic team. We are going to act as your Laurie Hernandez wiki and bring you 5 facts to know about Laurie Hernandez. So, just read on!

Her real name is Lauren Hernandez and she has several nicknames like ‘Cutie’ and the ‘Human Emoji’. Hernandez was born on June 9, 2000, in New Brunswick, New Jersey, but her hometown is Old Bridge Township, New Jersey. Hernandez is of Puerto Rican descent but she is a true American at heart. Her parents are Wanda and Anthony Hernandez, who brought up their three children with the belief that they could be anything they want to be. Hernandez’ inclusion in the women’s gymnastic team is a great achievement by any standards. Even Hillary Clinton has talked about it and tweeted that Hernandez was the first U.S. born Latina on the team since 1984! Impressive!

Hernandez started her career when she was barely 12 years old. She competed in the U.S. Classic and placed 11th in the junior division. Over the next two years, Hernandez participated in many tournaments and it was clear to everybody that she was an amazing gymnast who was going to be a big star. She started representing the U.S. at the junior level competitions and won several medals. But in 2014, she suffered a serious injury that threatened to derail her career. She fractured her wrist when she fell off the beam during a practice session. She came back, but again had to sit out because of a torn tendon.

2015 and 2016 have been good years for Hernandez. At the International Junior Meet in Japan, she won gold medals in the all-around, floor exercise and vault categories. She won silver for her performance on the balance beam and uneven bars. However, what made Hernandez the most happy was that she was selected to represent America at the 2016 Rio Olympic games. At the Olympics trials, she came in second in the all-around, just behind Simone Biles. Her happiest moment was when her name was announced as a member of the U.S. team.

5 Facts That You Gotta Know

Hernandez has been working with the same coach for her entire career. Her coach is Maggie Haney and Hernandez wrote a message for her on Instagram saying, “As much as a sacrifice I make for this sport, you make for me everyday, and I’m so grateful.”

Hernandez is not the only sportsperson in her family. Her two siblings are also into sports. Her sister, Jelysa is a black belt in karate and her brother, Marcus is a University track runner.

Hernandez is artistic off the court, as well. She loves to paint designs on nails, and she also loves to write poetry.

Hernandez is known as the “Human Emoji.” She earned this name from International Gymnast because she has a vivacious and infectious personality.

Hernandez is in an enviable position right now. She is just 16 and has her whole career and life ahead of her. She won the silver medal in the balance beam event at the 2016 Olympics. Her performance was instrumental in her team winning the gold medal in the Team All-Around championship. So keep an eye out, because Hernandez is the star to watch out for!

Laurie Hernandez: Net Worth, Age, Ethnicity, Beam/Floor Routine, and Everything You Need to Know