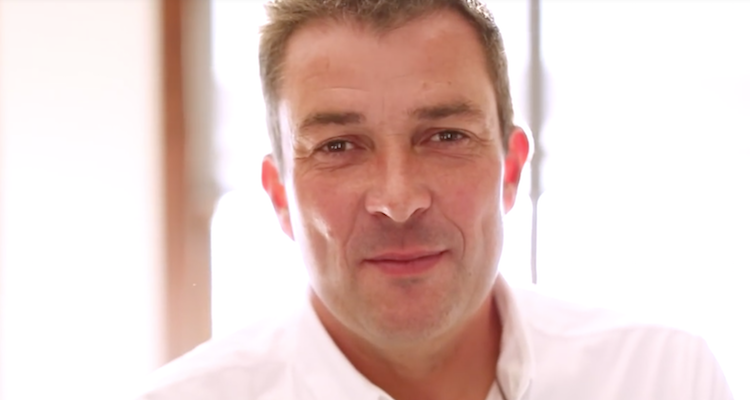 When he was first hired, Lululemon CEO Laurent Potdevin was heralded as the possible savior of the company. Now, he has left the company under semi-mysterious circumstances. Who is Laurent Potdevin and why was he released as CEO from one of the biggest clothing brands in the world? In this Laurent Potdevin wiki, we’ll take a look at his career and life, including details on his financial status and why his current resignation seemed to come out of nowhere.

Before we talk about Potdevin’s business life, let’s take a quick look at his personal life. Laurent Potdevin’s age is 50, and while we don’t know much about his early years, we do know that he graduated from École Polytechnique Fédérale de Lausanne in 1990, with a Masters degree in engineering.

From there, Potdevin attended ESSEC Business School and graduated in 1991 with an  MBA in finance and marketing.

He has kept his private life very private. There is very little known about him in regards to children or if Laurent Potdevin has a wife.

With his education complete, Potdevin didn’t have to wait long before he entered the world of fashion. His first big gig was working for Louis Vuitton, eventually working his way up the ladder to director of North American operations.

From there, he made his first foray into a company that made athletic wear when he joined Burton Snowboards in 1995, where he stayed for 15 years. Potdevin became CEO of Burton in 2005 until he left the company in 2010.

In 2010, he joined TOMS, a company that initially specialized in shoes but with a very specific difference. TOMS is a company that applies its sales to charity. Initially, it was just a One for One program with their shoes, where the company donated a pair of shoes for every pair bought to children who are in need. They have since broadened the scope of their charity work.

When Laurent Potdevin joined Lululemon in 2013, the company was not in the greatest shape. There were public relations issues with their former CEO, not to mention a larger issue with public perception over the quality of their clothing.

Potdevin was an ideal candidate. He helped run clothing companies with Burton and TOMS, but he also had experience with the luxury clothing market due to his work with Louis Vuitton. And to his credit, Potdevin helped steer the ship around.

The quality control issues were fixed, as were the company’s PR issues. Potdevin maintained a low public profile but often visited stores in the British Columbia area, where Lululemon’s head office is located. He was even known to step behind the cash counter from time to time to gauge customer experience.

The headlines are all reading “Laurent Potdevin Resigns!” and it is very curious that a man who did so much for a company would just drop out like that. But the company’s statement regarding the situation brings about some uncomfortable questions.

“Lululemon expects all employees to exemplify the highest levels of integrity and respect for one another, and Mr. Potdevin fell short of these standards of conduct.”

No further statements clarified why Potdevin was leaving, but it was clear that this would be a blow to the company, both in a leadership sense and in a financial one. What did Potdevin do to earn himself this type of exit? Answers have not been forthcoming, but in a post-Harvey Weinstein world, rumors about what the breach of conduct may begin to emerge from the shadows.

Laurent Potdevin and the Finances of Leaving

Shortly after the announcement was made, a number of watchers of the company noticed a separation agreement filed by Lululemon as of February 2, 2018. The agreement gave Potdevin and initial $3,350,000. This will be followed by $1,650,000 that will be paid over the course of 18 months.

While this may seem like a large amount, it pales in comparison to what he would have made had he been kept on for another year. We do not have access to Laurent Potdevin’s net worth, but we do know what he brought home from Lululemon in 2016.

It will be interesting to see who takes over Potdevin’s position with the company, and if he will be as effective as his predecessor. Only time will tell.