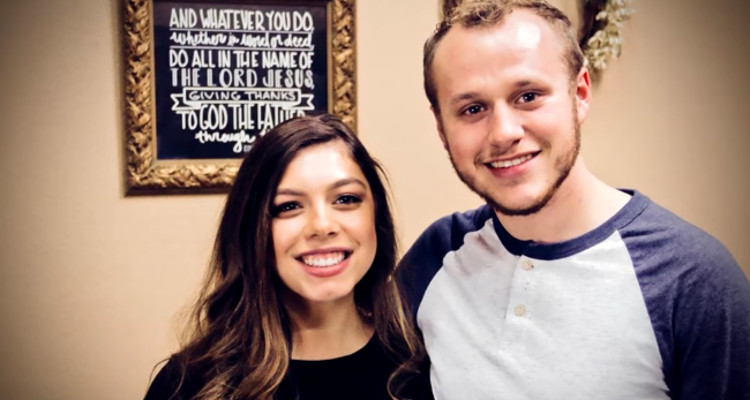 Josiah Duggar and Lauren Swanson are the topic of discussion lately. Why? The TLC star is courting this lovely young lady—and in the Dugger world, that’s big news! So, who is Lauren Swanson? We’ve done some digging and gathered a few details about her. Keep reading to know more about her in our Lauren Swanson wiki!

The news is circulating that Josiah Duggar is courting someone new! He made this announcement through a video posted on his family’s website.

Josiah Duggar revealed that he and Lauren Swanson have been friends for a while now. He added that after the two spent time with each other’s families, they came to realize that they had the same goals in life. So, they decided to take their friendship a step forward and began courting.

Josiah Duggar explained that he recently started spending time with Lauren Swanson’s family. He said that after hanging out with them, he realized that they are very similar to his own family.

Duggar said, “That’s really when I knew I would like to move this further from just a friendship and actually start a courtship.”

Lauren Swanson said that she was surprised when Josiah Duggar asked her to take their relationship to the next level.

Duggar revealed, “I came up behind her at a meal while she was hanging out with some of my siblings and surprised her.”

I’m really enjoying the beauty in New Zealand. ? Oh, and the landscape is pretty nice too I guess. ? #mygirl #lauren

Swanson added, “I was very shocked when Josiah came by. He wasn’t supposed to be there; it was a girls’ night out.”

Well, Swanson obviously said yes, and Duggar exclaimed, “It was really good to hear that.”

In a statement to People magazine, the couple revealed, “We are overjoyed to begin this new phase of our lives together. Through the years our families’ friendship has allowed us to get to know one another as friends. I can definitely say I have found a great friend … even better than I could have hoped for or imagined.”

Lauren Swanson appears to be quite a private person, so not much is known about her. However, we do know that she’s 18 years old and has been quite close to the Duggar family for some time now.

Swanson is also religious and holds her faith very dearly. In the video, she revealed that the two of them were focused on “putting God first and ourselves second.”

Well, it looks like the couple have already spoken about how important the element of faith will be in their relationship.

A Peek into Josiah Duggar’s Past

As exciting as the news of Josiah Duggar and Lauren Swanson’s courtship sounds, this isn’t his first courtship. He ended his courtship with Marjorie Jackson in 2015. The two had been together for four months.

Duggar’s parents, Michelle Duggar and Jim Bob Duggar, took to Facebook and said about their breakup, “We are so grateful that they each are seeking the Lord’s will for their future.”

Well, for now, we’re happy for Josiah Duggar and Lauren Swanson. We offer our best wishes to this lovely couple.

What a great few days we have had with our family celebrating Thanksgiving. We truly have so much to be thankful for!! • Click the link in the bio to see our Thanksgiving photo album •