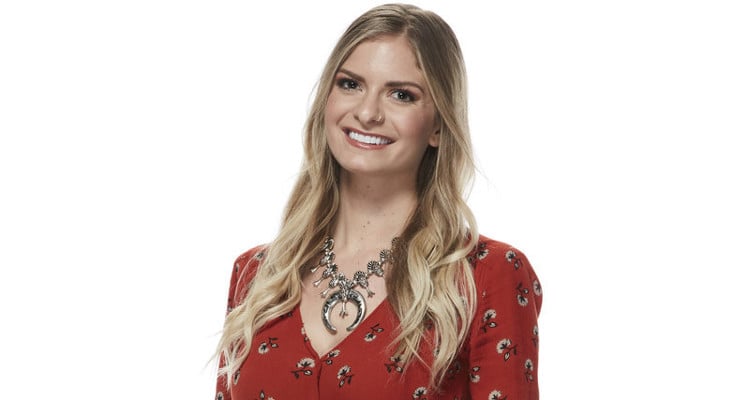 If you are a huge fan of The Voice and have been wondering how to connect with your favorite contestants on social media, then look no further! Lauren Duski from Team Blake has impressed audiences ever since her Blind Audition. It goes without saying that Blake Shelton strongly feels that Lauren may be the winner of The Voice. So, if you want to keep in touch with the 25-year-old singer, then take a look at our list of Lauren Duski’s social media accounts.

Now that we are only weeks away from season finale of The Voice, the stakes have been raised for all of the contestants. So far, Lauren Duski is safe. She is the singer who mesmerized Adam Levine in the first few seconds of her Bind Audition. Although Adam was the first one to turn his chair, Lauren had three coaches turn around for her, and chose to be on Blake Shelton’s team.

Originally, Lauren is from Northern Michigan, but she currently lives in Nashville. Although she was born in Maine, she spent 18 years of her life in Gaylord, Michigan. For the Battle Rounds, Lauren Duski and Brennley Brown competed against each other to Little Big Town’s hit,“Better Man” and managed to impress all the coaches, making it difficult for Blake Shelton to choose from the two. However, he selected Lauren to move on to the Knockout Rounds. But don’t worry, things worked out for Brennley, who was stolen by Gwen Stefani!

Lauren Duski’s Instagram username is “laurenduski” and has pictures of her time on The Voice, as well as some of her personal photos. It’s here where you can have a look at Lauren Duski’s behind-the-scenes pics of her time on the set, how she prepares for the competition, and her interactions with fans. Make sure you follow her on Instagram to see what she is up to and where her talent takes her next!

Lauren Duski’s Facebook username is “LaurenDuski” and her account is one of the ways through which all her fans can stay updated on what is happening on the show. If you have been watching The Voice season 12, then you must know that Lauren was a singer and a songwriter before making it on the show. On her Facebook profile, you can take a glimpse at her time on The Voice, learn more about Lauren’s life, and see clips from the set of The Voice.

If you want minute-by-minute updates of what Lauren Duski is doing, then head over to her Twitter account! Lauren Duski’s Twitter username is “LaurenDuski,” and it lets you know what she is up to in real time. The contestant regularly tweets about The Voice, as well things that happen in her daily life.

Snapchat has taken the world by storm and it looks like everyone and their mother is getting on board. It is a perfect platform for people to quickly record a short clip, or take some pictures, that will disappear in a day. Celebrities and many of The Voice contestants also seem to love the app. However, Lauren Duski is not active on Snapchat, so we just have to make do with her presence on Facebook, Twitter, and Instagram.

Now that you know the details about Lauren Duski’s social media accounts, then make sure you follow the singer. Check out the Knockout Rounds Part 3, on The Voice tonight at 8:00 p.m. EST on NBC!