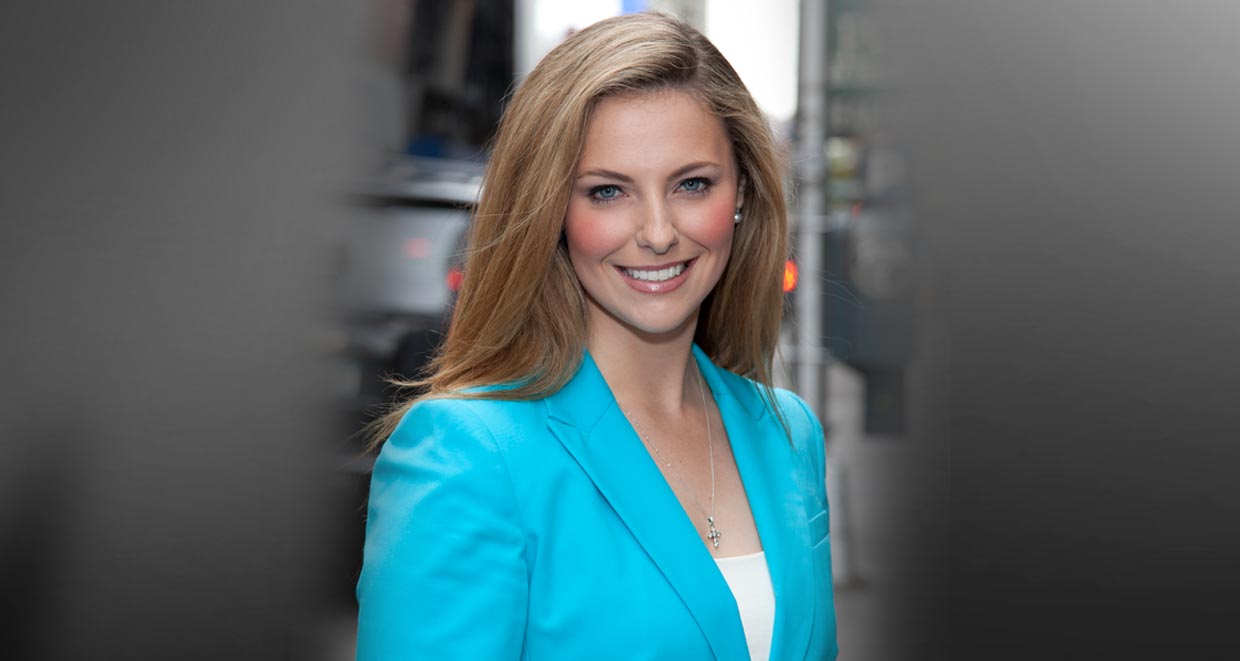 Lauren Blanchard is a Fox News journalist who gained fame as one of the most prominent national correspondents on the channel. She has spent her entire career in the Rupert Murdoch-owned network, but it was Blanchard’s coverage of Bernie Sanders’ campaign during the 2016 presidential elections that proved she’s one of the best reporters on the field. We’ve got details from Lauren Blanchard’s wiki to highlight her remarkable accomplishments as a journalist.

She Went to the University of Michigan

Born on October 13, 1990, Lauren Blanchard is the only girl out of three kids born in the Blanchard family. Despite her unique last name, she is not related to former Michigan Governor James Blanchard.

Lauren Blanchard attended the University of Michigan in 2008 and graduated in 2012 with a Bachelor of Science in Communications.

She got her start in broadcast journalism at the university’s student-run TV station, WOLV-TV, where she was a director. Her work at WOLV won her the WOLVies Rookie of the Year Award in 2010 and Best Package Production in 2012.

Before she graduated, Blanchard had a two-year internship at LindyLazar Communications LLC. Additionally, she interned at the Fox News Washington, D.C. bureau as part of the Fox News Channel University program.

Blanchard worked on Special Report with Bret Baier during her internship where she fell in love with the “organized chaos” of TV news. Comparing WOLV-TV to the FNCU program, she called it going “from Little Leagues, to the World Series.”

While attending the University of Michigan, Blanchard spent four active years with the Zeta Tau Alpha sorority, where she was house manager. She also participated in the university’s activities for Young Life College, an on-campus organization to strengthen students’ faith.

Blanchard’s internship at Fox News was successful enough to land her a job at the network. Soon after graduating, she moved to D.C. to work as a desk assistant in Fox News’ production room.

After four months, she found a role on Fox News Sunday as a production assistant. She worked in both production and writing for the show and even prepared the show’s graphics.

Blanchard briefly moved to Iowa for two years when she was assigned as a junior reporter for Fox News. But she was back at the Washington bureau in 2016, this time as a correspondent.

Last year, Blanchard traveled across the pond to cover Prince Harry and Meghan Markle’s royal wedding on May 19, 2018.

The Fox News correspondent keeps a tight lid on her personal life. So, is Lauren Blanchard married?

No, she isn’t, and Blanchard even informed her social media followers that she’s enjoying the single life. And she did so in an interesting way.

According to Lauren Blanchard’s Instagram and Twitter profiles, she is an avid cat lover and enthusiast. She’s a cat mom and even shared pictures of her pet cat, Isabel, and made no secret of her love for felines.

But some people misinterpret Blanchard’s love for her fur babies. On Valentine’s Day in 2017, she tweeted her outrage about an email she received from the company where her cat’s microchip was registered.

The email was titled “Cat Lady’s Guide – 7 Easy Steps to Land a Man.”

The company my cat's microchip is registered with just sent me this email… me thinks it's a touch aggressive for #ValentinesDay. 😾 pic.twitter.com/H75JkcpB87

Needless to say, Blanchard didn’t appreciate the suggestion that she needed help finding a man just because she loves cats!

She followed this tweet with a bitmoji of herself, absolutely content with Isabel and her favorite bottle of red wine. A lover of fine wine, Blanchard said during broadcast that she’s going to treat herself to wine and chocolates for Valentine’s Day 2018!

Lauren Blanchard’s followers conclude that she’s single and that’s just fine with her! You go, girl.