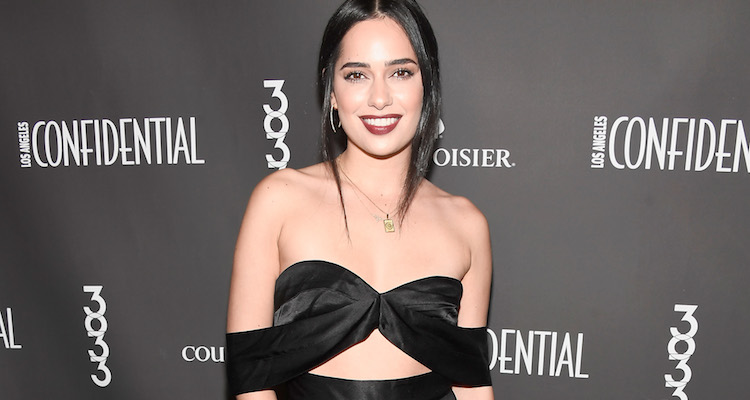 It’s only Tuesday and stars already have the rumor mill spinning at full speed. This time it’s about Demi Lovato’s alleged girlfriend and fans are curious to know if Demi Lovato is bisexual. Is there a relationship between Demi Lovato and Lauren Abedini? To learn more about the DJ, take a look at our Lauren Abedini wiki.

Who Is Lauren Abedini?

Lauren Abedini’s age is unknown, but we do know she’s a 20-something DJ who goes by the stage name DJ Kittens. Abedini is based in Los Angeles and she’s one of the best who has worked with artists such as Kid Cudi, Usher, Skrillex, Salva, and more. She also has her own website called I Am Kittens, where you can get updates on her tour dates.

On top of being one of the best DJs in the city, Abedini runs her own all-female workshop, PWR WITH KITTENS, a class where she instructs the basics and fundamentals of becoming a disc jockey in a male-dominated industry. All of the proceeds are given to a local women’s shelter.

“A ton of girls I know definitely want to learn, but they’re always scared,” Abedini told Billboard. Having taught coed courses in the past, she noticed a weird dynamic: When trying to learn in front of men, the female students would often be intimidated and made to feel uncomfortable, whether on purpose or not. So she set out to create a safe and empowering learning space for women to be taught, by a woman, in a room full of women. Thus the beginnings of the PWR x Kittens workshop.”

And to get your money’s worth, there’s even a portion of the class dedicated to rumors and how to deal with them.

“We will talk about how to navigate the industry as a woman, things that you are probably going to face and how to deal with it,” she says. “Like how to deal with creepy promoters, or stupid rumors that may come up and how to keep your career going without burning a bridge and lashing out. There is a way to manage all of these things in a professional manner and also a way that maintains your self-respect.”

By the looks of it, Abedini is following her own advice and isn’t bothered by all those rumors of her and Lovato.

If you want a look at Lauren Abedini hot pics, then you should head over to her Instagram account, “iamkittens.” She has two kittens (of course) named Rakim and Queens and can be seen at the beach in several pics.

No One Took Her Seriously

When Abedini got started, people either thought she was a groupie, couldn’t believe she was a DJ, or thought she was trying to sleep her way to the top. It took her longer than she would have liked to be a DJ and it was because she couldn’t find anyone in the industry to identify with.

“I waited a long time to start DJ’ing because I didn’t see anyone who I could identify with who had made it,” Abedini said to Billboard. “I really think it’s important for young women and girls to see someone who they can identify with in different positions so they feel empowered, so they can take that leap of faith, or at least take a few steps, to really explore confidently, instead of getting caught in self-doubt and becoming fearful, which is what a lot of us are taught,” she said. “Our culture is so male dominated. For the DJ world, I want to give back and change that.”

Lovato has alluded to having feelings for girls in her lyrics to “Cool for the Summer” and she’s never confirmed or denied her sexuality. She’s also no the first celebrity to date a DJ, remember Lindsay Lohan? Lovato and Abedini looked pretty cozy holding hands at Disney’s California Adventure and weren’t shy about it either. Fans couldn’t be happier and we’re just waiting for their first red carpet appearance as a couple.

Who can find me more all over print feline fabrics I never want to wear anything else? . . . (? @ilovebrayan)