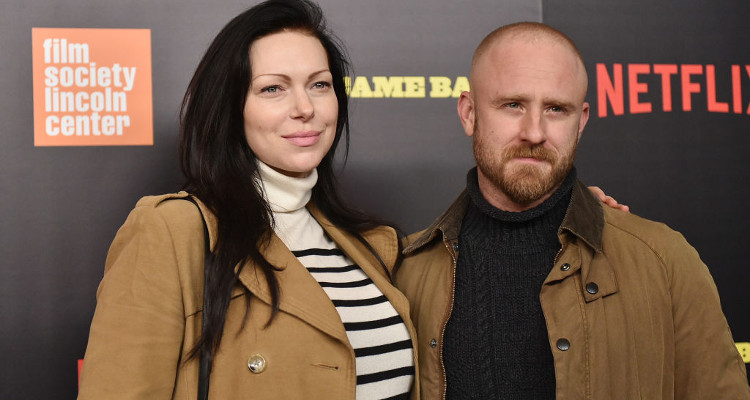 Laura Prepon, who plays the role of inmate Alex Vause on the popular Netflix series Orange Is the New Black, channeled her on-screen character to send fans a message for the holidays.

Prepon took to Twitter to share a meme that shows a scene from the show that’s been altered to look a little more festive. The picture is of Alex (Prepon’s character) behind a prison fence with Lolly (played by Lori Petty), who’s holding up a stem of leaves. The copy reads “Hey Alex, you like my Christmas tree [sic].” Both of the characters are also sporting Photoshopped Santa hats.

On wed we wear orange except the wed b4 ????! 2day we wear red & khaki???? Ty @loripetty #onwednesdayswewearorange @OITNB pic.twitter.com/Ns5OdkgH2i

Along with the meme, which was originally posted by Petty on Instagram, Prepon tweeted, “On wed we wear orange except the wed b4 [Christmas tree emoticon]! 2day we wear red & khaki Ty @loripetty #onwednesdayswewearorange @OITNB [sic].” As fans of the show will know, Alex and Lolly have an interesting relationship—Lolly was the new prisoner in season 3 that Alex suspected was hired to kill her.

It seems as if all of the stars from Orange Is the New Black are embracing the holiday spirit. Yesterday, Netflix released a video of the show’s cast (still in character, of course) narrating a revamped version of the classic poem The Night Before Christmas. If you’ve seen the show, you can only imagine what kind of antics the women in Litchfield Prison get up to when Santa comes to visit.

Unfortunately, fans will have to wait for the show to come back, because Orange Is the New Black season 4 doesn’t premiere until later this summer.