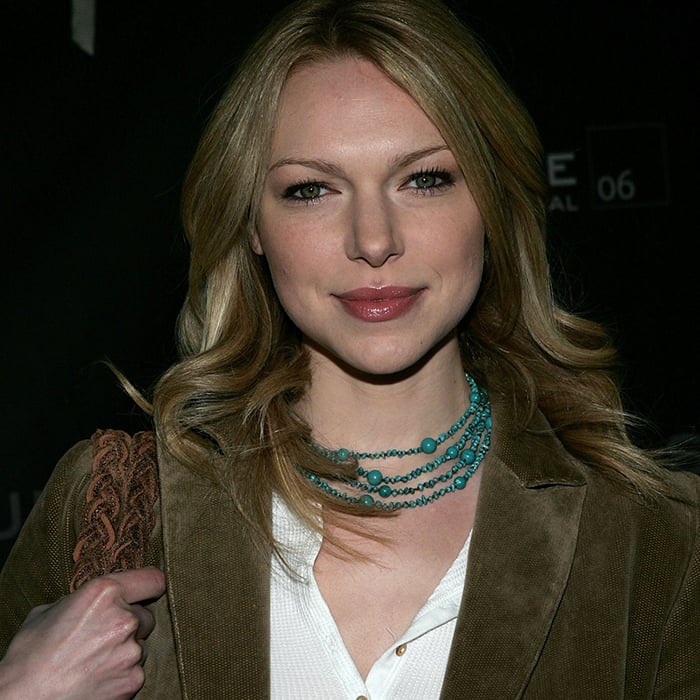 Orange Is the New Black, the hit Netflix series based on Piper Kerman’s memoir, is still going strong on the popular streaming service; it was renewed for a fourth season before the third had even aired. But its cast also has other projects going on, including an unconventional one from Nick Sandow—one that co-star Laura Prepon is helping to promote!

Prepon, who stars as inmate Alex Vause in Orange Is the New Black, took to Instagram to promote a movie project from co-star Nick Sandow, who plays Joe Caputo, the assistant to the warden, on the show. But it turns out that Sandow does more than just act—he’s written and directed a movie! Prepon shared a photo of the movie poster on her Instagram, writing, “My friend and co-star @nicksandow wrote and directed this awesome movie!! Check it out, you won’t regret it. #thewannabe #OITNB #caputo.”

My friend and co-star @nicksandow wrote and directed this awesome movie!! Check it out, you won't regret it. #thewannabe #OITNB #caputo

The film, The Wannabe, is about a man named Thomas who is a little too interested in the Mafia. After making a mistake that upsets the mob he adores, Thomas and his girlfriend begin robbing them. The film stars Vincent Piazza, Patricia Arquette, Domenick Lombardozzi, David Zayas, and Michael Imperioli, and also features Sandow in an on-camera role. The movie can apparently use the promotion from Laura Prepon, because it currently only has a 43% rating from critics on Rotten Tomatoes; however, the audience score is a more positive 67%.

The free advertising apparently succeeded, with the post receiving over 19,000 likes. “Since you and Taylor [Schilling] have both recommended this ,i will. definitely check it out***Was going to anyway, but now for sure…… [sic]” said one fan, showing that Laura Prepon wasn’t the only Orange Is the New Black star to promote the film. According to one moviegoer who had already seen the film, The Wannabe “was an amazing movie,” particularly because of Patricia Arquette’s performance. But they likely would’ve had even more praise had Laura Prepon been given the role!

Fortunately for fans, Prepon will still be reprising her role for the fourth season of Orange Is the New Black, which is expected to be released on Netflix sometime in 2016 (likely around June).