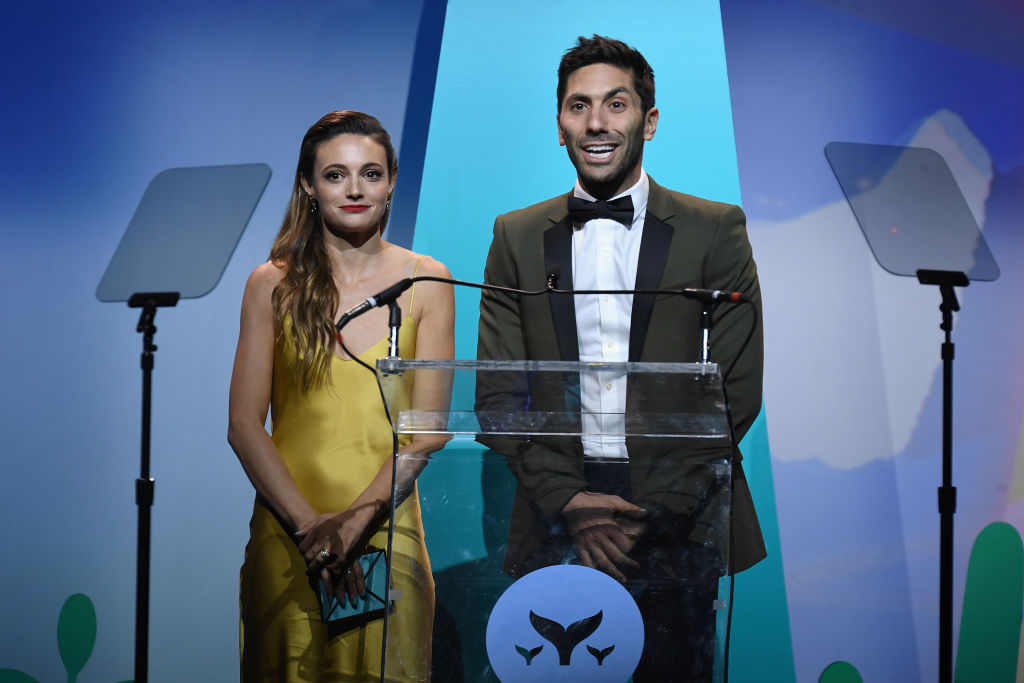 Catfish resumed filming for a new season after MTV cleared host, Nev Schulman from sexual misconduct allegations. The allegations have brought Nev Schulman’s wife, Laura Perlongo in the spotlight. Perlongo has made a few appearances on Catfish and is a social media star. And unlike what we’ve seen on Catfish, their romance isn’t dubious.

After Nev Schulman was cleared of sexual misconduct allegations, there’s more good news for him and his family. In August, the Catfish host revealed he and his wife, Laura Perlongo are expecting their second child. Our Laura Perlongo wiki sheds light on the woman who holds Nev Schulman’s heart.

Laura Perlongo was born on September 6, 1985 and her age is 32 years old. She grew up with her siblings in the Detroit suburbs in Michigan.

She’s made appearances on Catfish and has entertained her social media followers with interesting videos. But on the professional end, Perlongo is a copywriter with a knack for creative advertising.

Perlongo moved to New York, where she initially worked in sales that paid up to $100,000 a year. But she was bad at it.

However, her entertaining emails got her a job as a writer for Haute Living magazine. She later moved to Montreal, Canada to work at ABS Notebooks as a communications director.

Road trips were a big part of Perlongo’s experience growing up. Her father, an “obsessive road-tripper,” worked as an Uber driver after retiring. Her experience probably helped well with her job as travel writer for Party Earth in Amsterdam, Netherlands.

She moved back to New York to work as a creative copywriter for the company, Mother New York and then at Sid Lee.

At present, Perlongo has been freelancing as a copywriter and creative director. She claims to design a creative campaign focused on millennials. Perlongo said she doesn’t want a steady job and her work pays well.

She was involved in the creative department of Calvin Klein ad campaigns. Her clients have also included Vespa, Target, NBC, BBC, Barbie, Chevrolet and more.

Their Relation Began on the Internet

Schulman narrated how their relationship began online. But this is nothing like what you’d see on Catfish.

Nev was following Laura’s ex, who is a photographer, on Instagram. One of the guy’s photos featured Laura in it and Nev was intrigued.

As he normally does on the show, Nev did a little “internet exploration” on Laura. So, he started following her on Instagram, smoothly liking a few of her pictures. But there was no sliding into DMs yet.

Laura’s friend had a crush on Nev. So, Perlongo followed him back to check him out. With most of his notifications turned off, Schulman had no idea.

One day he gets a notification that she commented on one of his posts. When he realized she was following him, they had a chat in the DMs. They went on a date that day and were together since then!

Laura and Nev Had a Long-Distance Relationship

Perlongo is a contributor for Attn.com where she gets candid about a lot of things. Attn has an original Facebook reality series, We Need to Talk, about relationships and parenthood with Nev and Laura.

In a blog post, Laura announced her pregnancy and documented the experience about finding out she’s going to have child.

In that post, she said that she and Nev were in a long-distance relationship for seven months. The couple were together in New York for a while and now reside in Los Angeles. It’s possible that Nev’s work involving cross-country traveling to film Catfish and her business in New York could have been a factor.

At one point, they were on a break. But it appears they made their relationship work. 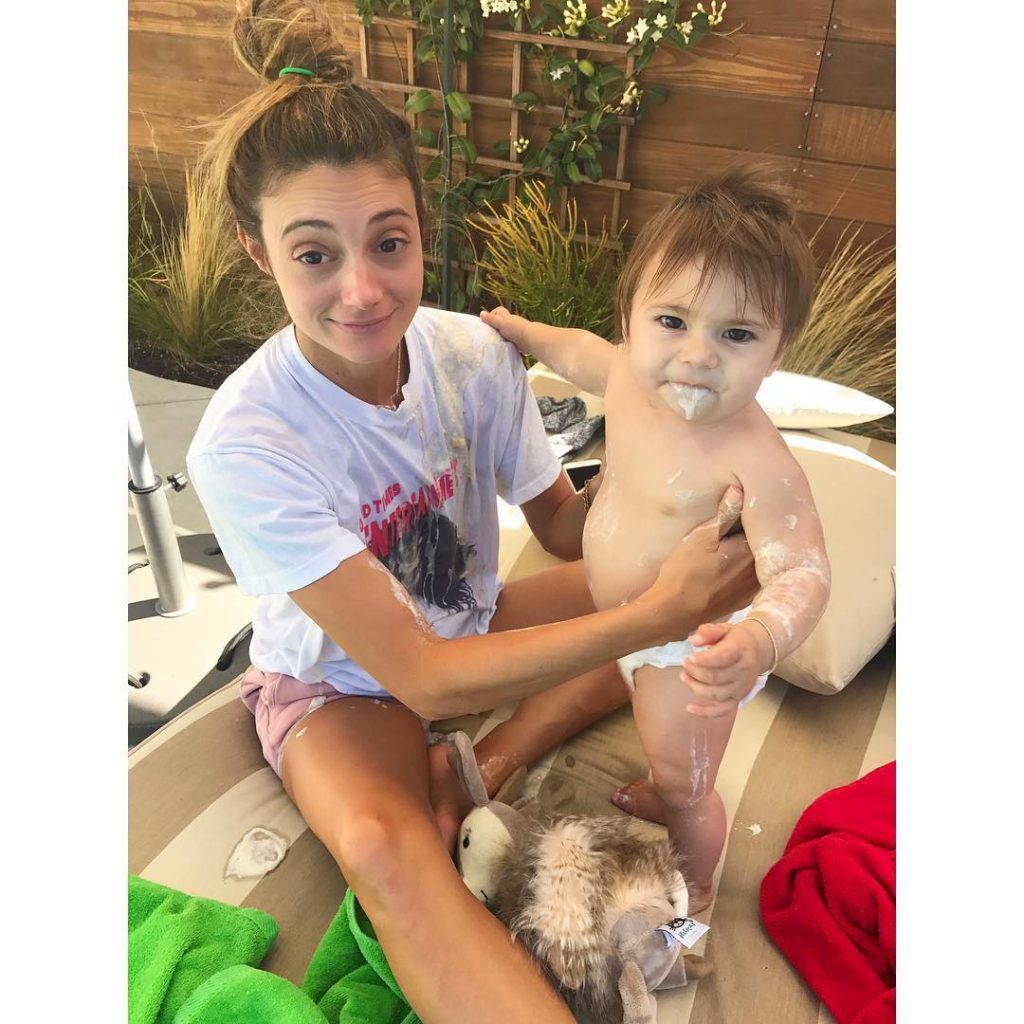 The couple was engaged in May 2016, a couple of weeks after announcing Perlongo is pregnant with their baby. Their daughter, Cleo James, was born in October that year.

Laura and Nev wed in July 2017 in a beach wedding at Nev’s father’s East Hampton home. After the ceremony, Laura swapped her Inbal Raviv bridal gown with white swimwear for a great time at the beach with her new husband.

In August 2018, Nev and Laura announced via Instagram they are expecting a second child, a baby boy.

She Created a Buzz at the MTV VMAs

Perlongo is unapologetic, outspoken, and has a lit sense of humor. They keep their relationship low-key, but she knows how to make a statement.

That’s what she did at the 2016 MTV VMAs, right after they announced that she is pregnant. The pair matched their olive green outfits, but Perlongo stole the show when she bared her baby bump in a body ornament and an open jacket without an inner top.

cleo at the vmas last year ?

Perlongo has been winning Instagram with her humorous captions, twinning with Cleo, and documenting Cleo’s adorable moments. Her Cleo coverage has amassed her over 183k followers on Instagram. Her social media appeal, especially her creative Snapchat videos, have won her a Shorty Award.

She also uses social media for a cause. Perlongo does her bit to spread awareness about eating disorders and advocates for gun control. She’s not afraid to voice her political opinions and participated in the March for Our Lives campaign with Nev Schulman.