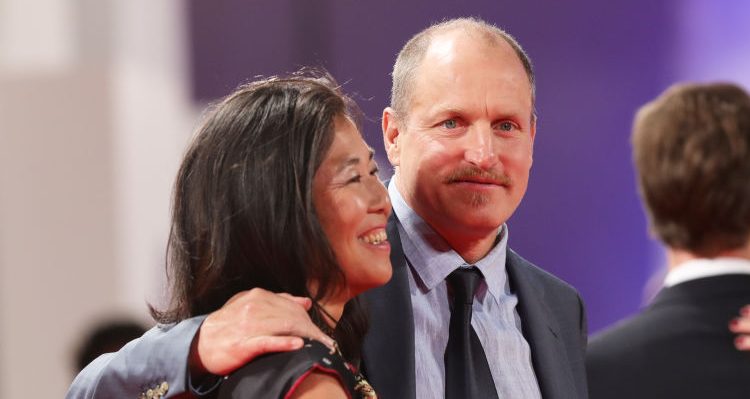 American actor and activist, Woody Harrelson and his wife of 10 years, Laura Louie, are relishing in their simple and organic lifestyle in Maui. The couple has been living in an Earth-friendly compound that houses approximately 200 people for more than 20 years, and they couldn’t be happier! Despite having endured a few bumps over the course of their marriage, these two lovebirds have managed to maintain a strong union.

Woody Harrelson and Laura Louie have been living it up on the sunny shores of the Hawaiian island of Maui for many years now. The couple lives with 200 other people in a gorgeous, all-organic, and completely sustainable community known as an EcoVillage. They have been a strong driving force in maintaining the region by educating people about the importance and benefits of clean living. Keep reading to know more about Woody Harrelson’s wife with details from our Laura Louie wiki.

A Wedding—20 Years in the Making!

Woody Harrelson, who’s no stranger to dealing with adversity in his life, met his beautiful and kindhearted wife all the way back in 1987. He was working on the set of the hit sitcom, Cheers, at the time.

Reportedly, Laura Louie started off as his assistant, and she fulfilled that responsibility for about two years before they started dating. Their courtship lasted for about 20 years!

The couple decided to tie the knot in 2008 on a beautiful picturesque Maui beach with a few of their closest friends in attendance, as well as their three daughters—Deni (age 24), Zoe, (age 22), and Makani (age 11). Louie and Harrelson have adoringly dubbed their daughters the “Goddess Trilogy.”

Notable attendees included the likes of Willie Nelson, Sean Penn, Owen Wilson, and Alanis Morissette, who performed during the ceremony. Much like Louie herself, the affair was very private.

And according to Harrelson, the wedding didn’t cost more than $500! The rings, flight and hotel accommodations, and other external costs notwithstanding, of course.

Harrelson, who’s set to star in the upcoming Netflix drama, Highwaymen (based on the real-life infamous police chase that resulted in the deaths of infamous bank robbers, Bonnie and Clyde) had this to say about his comparatively inexpensive nuptials:

“I’ve found, the least expensive things can be the most personally rewarding. Take my wedding. The whole event cost a total of $500. We didn’t feel the need to shell out a ton on cash and do anything over the top. It was basically just a bunch of good friends getting together in Maui. I paid for some food and drinks, a few hundred bucks, and that was about it.”

After all, it makes sense that Harrelson and Louie’s wedding would be a reflection of their laid back and eco-friendly lifestyles!

Of course, as is often the case with many Hollywood relationships, everything hasn’t always been sunshine and happiness for these two.

Back in 2002, Harrelson had a transgression of epic proportions. He participated in a foursome with three women, one of whom happened to be a reporter. She’d enlisted a cameraman to document the entire event.

While no video evidence was ever released regarding the incident, somehow Louie found out about it. To this day, Harrelson doesn’t know how his wife and kids were informed about this situation. But her reaction to it was nothing short of compassionate and extraordinary.

At the time of this event, Harrelson and Louie weren’t married yet. Nonetheless, this could’ve been a relationship ending moment for the two of them. Instead, Louie responded by showing the utmost of compassion for the actor, given the fact that all of his dirty laundry was being aired in the tabloids.

As upset as she was about the whole incident, Louie eventually forgave him. And the two of them have been going strong ever since!

Despite the fact that Laura Louie isn’t particularly active on social media and there aren’t any pics of her on Woody’s account either, these two have launched an amazing online eco-friendly initiative called Voice Yourself with the intent of promoting an attainable, sustainable lifestyle for everyone.

The idea is to help people learn all about the different avenues they can take to make their lifestyles more earth-friendly. They also believe in supporting farmers, not corporations that are monopolizing on the food industry.

Other supporters include Leonardo DiCaprio and Willie Nelson.