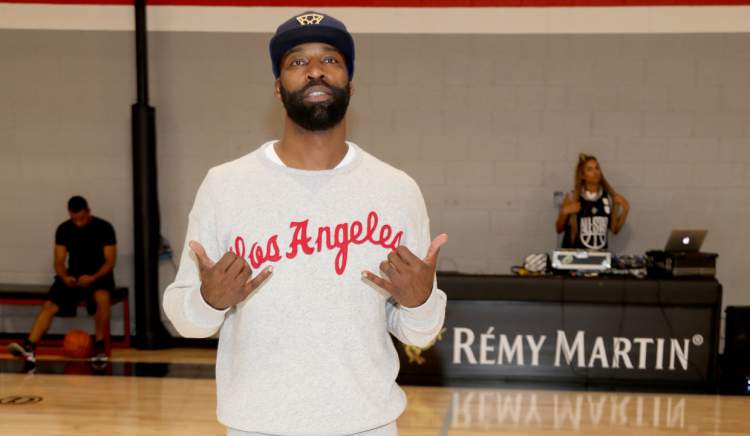 Laura Dern was spotted getting cozy with former NBA All-Star Baron Davis last year. As of now, they have not confirmed their relationship, but if you want to know more about Laura Dern’s boyfriend, then take a look at our Baron Davis’ wiki.

Born Baron Walter Louis Davis on April 13, 1979 in Los Angeles ,which makes his age 38. Walter spent his childhood in the South Central area.

It was because of his grandmother, Lela Nicholson’s motivation that Davis started playing basketball. He attended Crossroads School, a private school in Santa Monica.

Baron Davis’ net worth is estimated at $60.0 million. His salary is approximately $13.9 million. In the 1999 NBA draft, Davis was the third pick by the Charlotte Hornets.

Before becoming a professional basketball player, he played basketball at UCLA, and was an All-American honoree before turning pro before his junior year.

In 2011, he signed a contract as a free agent with the New York Clippers. The following year, he was an unrestricted free agent but could not play until mid-2013 because he was recovering from surgery.

Between 2000 and 2012, Davis accompanied four different teams to the playoffs. The two-time NBA All-Star’s last game was for the Delaware 87ers of the NBA Development League.

His Career outside Basketball

Besides his NBA career, Davis is a member of the Screen Actors Guild. He appeared in films such as The Cookout, That’s My Boy, Sin City Saints, The Night Before, and Joe Dirt 2. He also guest starred on Lincoln Heights, and The Forgotten.

Davis also invested time in producing a couple of movies like The Pool Boys and Crips and Bloods: Made in America.

In 2005, along with his friend Cash Warren, he started the production company, Verso Entertainment.

Who Is Baron Davis Dating?

On January 30, 2014, Davis married former Creative Artists Agency agent, Isabella Brewster. She is the sister of Jordana Brewster. The couple had a secret ceremony which was attended by celebrities like Cash Warren and Jessica Alba.

It was in April 2014 that Brewster announced that they were expecting their first son, Kingman Davis. In January 2016, the couple welcomed their second child, Luke Alden Davis. However, the couple’s marriage came to an end when in June, Brewster filed for divorce citing irreconcilable differences. She asked for primary custody, but joint legal custody.

Although they split, it seems like their relationship is amicable. On Valentine’s Day, Davis posted a photo of himself with his kids and ex-wife on Instagram.

Towards the end of 2017, Davis was spotted spending time with Laura Dern. The two were seen kissing, and onlookers said that they looked infatuated with each other. Until now, neither Davis nor Dern have confirmed their relationship.