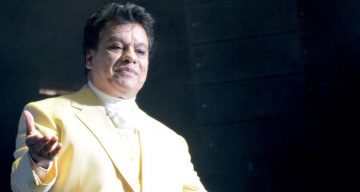 With an extensive musical career spanning four decades, Juan Gabriel sold over 100 million albums and was Mexico’s top selling artist. The icon’s net worth is estimated to be around $30 million.

He was known to charge anywhere between $700,000 and $900,000 per performance! Gabriel’s earnings rivaled those of his peers Eugenio Derbez, Paulina Rubio and Sergio Perez. He ranked No. 18 on Billboard’s 2015 Money Makers list. If you’re wondering what Juan Gabriel’s salary was, he earned $11.6 million as revenue from his tours in 2015.

The legendary crooner, born Alberto Aguilera Valadez, died of a heart attack while on tour in the U.S.A. His son Ivan released a statement saying, “My father’s untimely passing is a tragic loss for all of us, his family, colleagues, and fans alike. We give heartfelt thanks for the outpouring of condolences we have received from around the world including from President Enrique Pena Nieto. We know that our father will miss entertaining his countless fans, who brought him tremendous joy in life.” The family requested the media for privacy, “to allow them this very brief window to mourn the loss of Juan Gabriel.”

The flamboyant singer known for his powerful vocals and stylish attire had performed at a concert at The Forum in L.A. on Friday. He suffered a massive heart attack in his home on Sunday morning at 11:30 a.m., as he prepared to take a flight from L.A. to El Paso, Texas.

His press office released a statement saying, “He has passed on to become part of eternity and has left us his legacy through Juan Gabriel, the character created by him for all the music that has been sung and performed all around the world.”

Although Gabriel was never married, he had four children; Jean, Jean, Ivan and Joan. The mother’s name has been kept secret, but Gabriel stated in an interview that she was, “La mejor amiga de mi vida” or “the best friend of my life.”

He remained single all his life. In his biography, he said, “I’m not married; I don’t ever plan to marry. I’m happy single. I have many loves but the most important are: my mother, my children, my sister, my brothers, my nieces, and nephews and my songs.”

Check out a video of Gabriel singing at the Latino Grammys.

Gabriel came into the spotlight when he signed his first recording contract in 1971. His extensive career spanned over forty years, and he has written over 1,800 songs. Gabriel’s first hit was “No tiengo dinero,” and has received many awards and honors. He was inducted into the Billboard Latin Music Hall of Fame and has been nominated for multiple Grammy awards. According to Billboard, he had the top-selling Latin album, Los Duo.

The youngest of 10 children, Gabriel was born on January 7, 1950, in Parácuaro Mexico. In an interview about his childhood, he stated, “I was born in Michoacan, which is in the south of Mexico. When my father died, my mother moved to Ciudad Juarez. She had to go to work as a housekeeper and couldn’t take care of me at home. She sent me to an institution, where I spent most of my childhood.

I didn’t go anywhere, except church, and would see my mother maybe twice or three times a year. That’s why I think I have the authority to tell parents not to do that to their children. Give them all your love and think very thoroughly before you bring a child to the world.” The talented artist ran away from home at the age of 15 to start his singing career. The rest, as they say, is history.