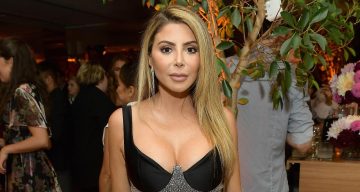 The Real Housewives of Miami star Larsa Pippen and her husband of nearly 20 years, NBA great Scottie Pippen, were on the verge of a very expensive divorce in 2016. But they called off the split and reconciled in 2017.

Scottie and Larsa Pippen were once considered a power couple in basketball circles. They called off their divorce in 2017 and officially got back together.

Larsa Pippen Reconciled with Her Husband

Born Larsa Younan on July 6, 1974, Larsa Pippen’s age is 44. This Syrian-Lebanese beauty is a native of Chicago, where her husband played for the Chicago Bulls.

She was one of the original cast members of The Real Housewives of Miami when it premiered in 2011. During the first season of the show, she never failed to boast about her NBA WAG status given that her husband, Scottie Pippen, is a basketball legend. She declared she perfectly balanced being a wife and mom with her career. 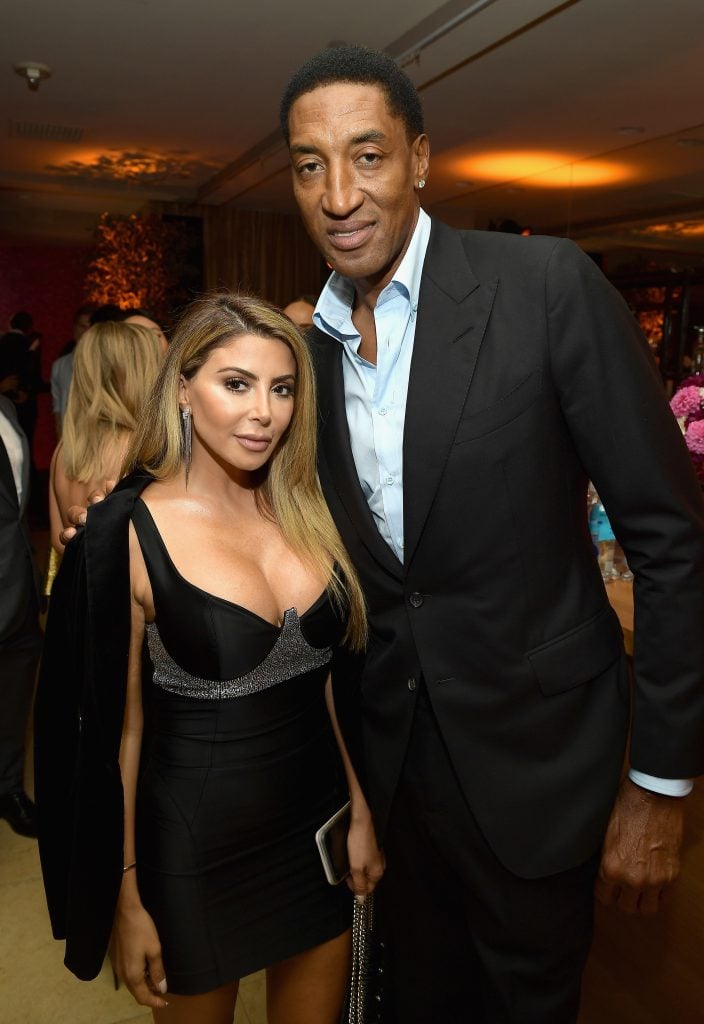 After his divorce from Karen McCollum in 1990, Scottie Pippen married Larsa in 1997. They are parents to Sophia, Justin, Preston, and Scottie Pippen Jr.

The basketballer has a son, Antron Pippen, with his first wife. He also has two daughters, Taylor and Sierra Pippen, with former girlfriends.

There were two instances of alleged domestic disturbances before the divorce. Furthermore, the NBA star allegedly believed that rapper Future and Larsa Pippen had an affair. But it’s not known if domestic violence or infidelity had anything to do with their separation.

The divorce was set to be an expensive one. Larsa reportedly wanted the prenuptial agreement amended. She asked for equal division of their assets, shared custody of their kids, as well as child and spousal support.

During Scottie and Larsa Pippen’s divorce, the Real Housewives star was temporarily shacking up with Kourtney Kardashian.

There were rumors of the couple getting back together in June 2017. After much speculation, Scottie and Larsa Pippen officially called off their divorce in late 2017.

She Was Reportedly Fired from RHOM

Scottie Pippen’s estimated net worth has decreased from $101.0 million to $50.0 million due to bad investments in the last few years. Meanwhile, Larsa Pippen’s net worth is estimated at $14.0 million, thanks to her fame as a Real Housewives star.

Her tagline on season 1 of The Real Housewives of Miami was, “My husband’s got moves, but I run the game.”

But she wasn’t running the game for too long.

Larsa and fellow castmate, Cristy Rice, were let go before season 2 began. Right before the firing, Bravo had canceled the D.C. version of the franchise, owing to low ratings. And RHOM didn’t fare any better either.

While the official reason for the sudden firings wasn’t explained, low ratings were said to be the cause. However, Larsa maintains that she left the show on her own accord.

“Why do people lie to feel good about themselves? I’m not doing The Real Housewives of Miami because I can’t be associated with cray cray,” she said.

After getting the boot, Larsa and Scottie Pippen were working on their own TV show, Big Pippen, on WE tv. The show was in development, but it was revealed in 2014 that the network decided not to go ahead with it.

Larsa was not done with reality TV, however. She’s close friends with Kourtney and Kim Kardashian. That translates to a few guest appearances on KUWTK and its spin-offs like Kourtney and Kim Take Miami.

Larsa Pippen Is Best Friends with the Kardashians

Initially, Larsa Pippen was not exactly the most famous WAG, but she hangs out with the right crowd. She’s close to the Kardashian Klan and is always popping up on the Instagram posts of reality TV’s first family.

She was a guest at Kim and Kanye West’s star-studded high-profile wedding in Italy. Kim even claims she relies on Larsa for parenting advice. And when she was going through the divorce, Kim and Kourtney Kardashian had Larsa Pippen’s back, according to sources.

Just a few months after announcing their divorce, Larsa found herself fending off rumors that her luxury lifestyle was being bankrolled by Kourtney.
Larsa slammed the rumors and said, “Where do they get this from!! So false.”

But Kourtney played along and responded, “Anything for you my boo,” and punctuated the post with emojis of a jet, ring, and money.

She Is a Lifestyle Columnist

Larsa graduated with a degree in political science from the University of Illinois. She also took up acting lessons in college at the Piven Theater Workshop.

Unlike other Real Housewives who like to parlay their fame into businesses, Larsa has kept her business interests to a minimum.

She’s a fashion and lifestyle blogger who dishes tips on makeup, healthy eating, style, and fitness. Larsa is also a contributor for Haute Living magazine.

The reality star also had a stint as a red carpet correspondent for Extra TV.