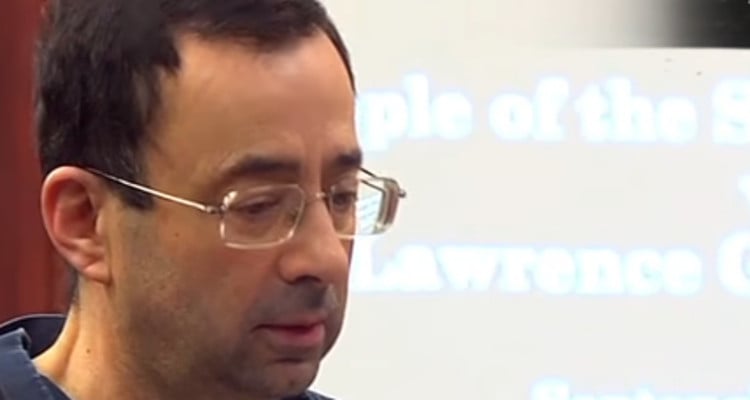 Chelsea Markham’s mother, Donna Markham recently spoke about why she decided to give a statement on the first day of Larry Nassar’s sentencing hearing. She believed that it was Nassar who started the process of Chelsea Markham’s self-destruction. She added that she came forward because she understands the impact the abuse had on her daughter, and how it has the potential to destroy other girls he harmed.

Donna Markham revealed that Chelsea was adopted from South Korea. When she was born, Chelsea had a fractured skull and both of her ears were damaged. Her mother would stay up with her at night, keeping her upright so that she could fall asleep.

While growing up, Chelsea developed a liking for gymnastics and trained at Artistic Gymnastics Academy. One day, she fell off of a beam and injured her lower back. At that point, Donna asked Chelsea’s coach to recommend a doctor, which is how they met Larry Nassar.

Chelsea was 10 when her treatment started in 1995. She went with her mother for lunch at a little café in East Lansing after every visit to the doctor. One particular day, when Chelsea was about 12, she asked that they immediately go home, and declined her mother’s offer for lunch. On the way back home, she cried and told her that Nassar put his ungloved fingers inside of her.

Upon hearing this, Donna was furious and wanted to turn around immediately, however, Chelsea begged her not to. For Donna, the news was especially troubling as she was in the examination room where it happened. The very next day, she asked around the gym to see if anyone else had children who experienced something similar with Nassar.

At the age of 13, Chelsea was reportedly using drugs. Though Donna tried her best to help her daughter, things spiraled for Chelsea, who was later sexually assaulted while at a concert. Her depression worsened and in 2009, at the age of 23, she decided to put an end to her life.

Stories of Larry Nassar’s abuse victims have been flooding in and details of the trauma experienced by multiple girls are being revealed now that the sentencing hearing has commenced. It is extremely brave of all these women to speak up about the darkness they’ve been through. We sincerely hope that their voices are heard and appropriate action is taken.