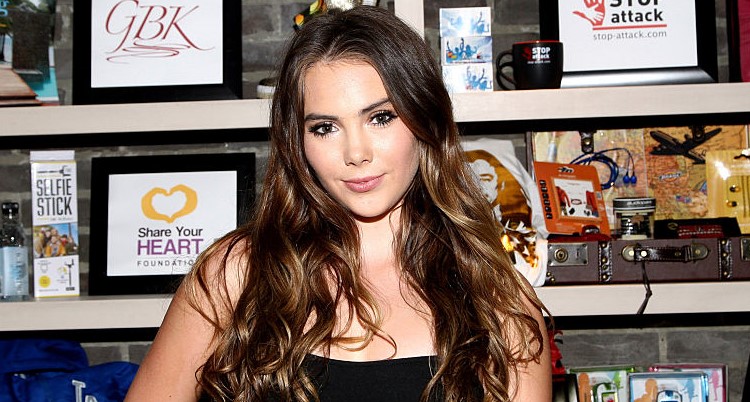 Larry Nassar wasn’t a household name until a little while ago, despite the fact that he was part of the U.S. Olympics gymnastics team. But who is he? And how are Larry Nassar and McKayla Maroney connected? In this Larry Nassar wiki, we’ll go over the life and career of a man that the authorities are looking at for some very horrible reasons.

Who is Larry Nassar?

Who is Larry Nassaar? Larry Nassar was born in Farmington Hills, Michigan. The 53-year-old doctor started his career at an early age when he helped the North Farmington High School gymnastics team as a student physical trainer. He was so involved with the team that he was awarded a varsity letter in women’s artistic gymnastics in 1981 because of his close work with them. Unfortunately, this would be the start of a pattern that would ultimately become perverted, sparking his downfall.

Nassar went on to complete his degree in Kinesiology. In 1986, Nassar joined the USA Gymnastics national team as an athletic trainer and earned his osteopathic medical degree from Michigan State University. Nassar ended up completing his family practice residency at St. Lawrence Hospital in Lansing, Michigan in 1996. That same year, he was appointed as the national medical coordinator for USA Gymnastics, as well as beginning to work with Twistars USA Gymnastics Club, which was owned by John and Kathryn Geddert.

Nassar continued his medical studies, completing his primary care sports medicine fellowship in 1997. He followed this by then becoming a team physician and an assistant professor at MSU.

Along the way, we know that he got married to his wife, Stephanie and that the couple had three children together, Ryan, Katelyn, and Caroline.

A Time Line of Sexual Abuse

According to documents filed as part of a lawsuit, the first complaint of alleged abuse by Nassar began in 1996 against a gymnast who would later go on to be a medalist at the Olympics. This appears to be the first case of alleged abuse but it allegedly wasn’t the last.

1997 – According to court documents, a parent spoke to John Geddert about concerns they had over Nassar’s treatments. Geddert didn’t contact the police.

1998 – Nassar begins to sexually abuse a six-year-old daughter of a family friend, according to court records. That same year, a student-athlete at MSU expresses their concerns over Nassar but no action is taken by the university according to a lawsuit.

2000 – Another student-athlete comes forward with a complaint but again MSU does nothing, according to a 2017 lawsuit. Rachael Denhollander (15 at the time), a gymnast, accuses Nassar of sexually abusing her during lower back pain treatment. She will file a criminal complaint.

2004 – Another alleged victim tells her parents about Nassar’s abuse but the police are never called.

2015 – Nassar is cleared of wrongdoing by MSU after a recent graduate accused him of assaulting her during a medical exam.

2016 – The accusations come fast and furious. First, Rachael Denholander files a criminal complaint. This is followed by Nassar being relieved of his duties at MSU. This is followed by a civil lawsuit filed in California by the Olympic medalist. She is also claiming abuse in the years 1994 to 2000. In September, Nassar is fired by MSU and the school promises to look into further allegations. Nassar is formally charged by Ingham County with three counts of first-degree criminal sexual conduct with a person under 13. This can come with a possible life sentence. Nassar posts bail and is free. Meanwhile, officials state they have received at least 50 complaints of sexual assault/misconduct. In December, Nassar is indicted on federal child pornography charges with 37,000 images and videos of child pornography being found on hard drives and devices in Nassar’s home.

2017 – In February, police secure warrants for 22 new sexual assault charges against Nassar. A federal lawsuit is filed by 119 women against Nassar, MSU, and USA Gymnastics.

While he has yet to be proven guilty on the assault charges, Nassar has pled guilty to three of the child pornography charges. Larry Nassar’s wife has filed for divorce and the courts are currently seeking to end Nassar’s parental rights. The latest bombshell came yesterday, as multi-medalist Olympian McKayla Maroney accused Nassar of abuse starting at the age of 13. In case you lost track, Nassar is currently being sued by 119 women for sexual assault and misconduct and still faces 33 criminal charges.

Update: On Tuesday, January 24, Larry Nassar was sentenced to 40 to 175 years in prison. Judge Rosemarie Aquilina presided over the four-day trial, which saw over 150 women testify against him detailing his crimes. According to CNN, Larry Nassar pleaded guilty to seven counts of criminal sexual conduct in Ingham County in Michigan and admitted to using his trusted medical position to assault and molest girls under the guise of medical treatment.