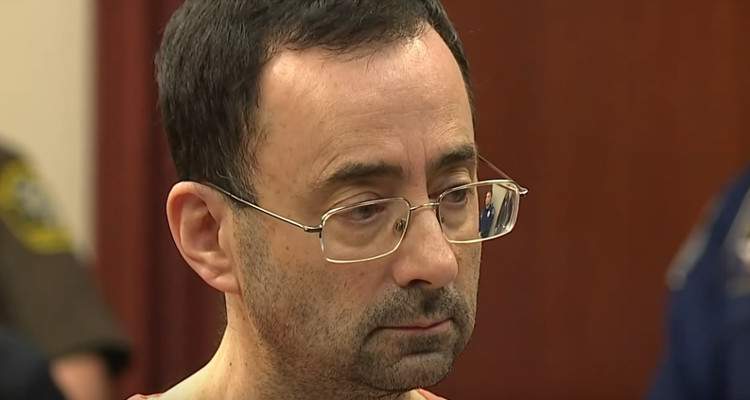 Larry Nassar, a former doctor with USA Gymnastics, is in the eye of the biggest sexual abuse storm in sports history. Over 100 people have accused Nassar of sexual misdemeanors, including several famous gymnasts. What did Larry Nassar do to his victims? We have all that you need to know about the scandal, right here.

Nassar, a former USA Gymnastics physician, has been charged with sexual assault, child pornography, and criminal sexual conduct. Many of his victims were aspiring gymnasts under the age of 15. How did Larry Nassar abuse his victims? Where is Larry Nassar now? Keep reading to learn more.

How Did Larry Nassar Abuse Gymnasts?

Larry Nassar was a licensed doctor and the national team doctor for USA Gymnastics. He also had a clinic and ran a gymnastics club at Michigan State University, where he was a faculty member.

Nassar became infamous across America after his sexual abuse scandal broke out in 2016. Several women came forward, claiming to suffer years of abuse under the pretext of Larry Nassar’s “special treatment.”

The physician allegedly sexually assaulted his victims—some as young as 13 years old—during medical examinations. Some of the allegations of sexual abuse go back to 1998.

Nassar allegedly inserted his finger into their vaginas and anuses, as well as touched their breasts, claiming his actions were part of valid medical examinations. The former USA Gymnastics team doctor’s criminal actions came to light when The Indianapolis Star claimed he sexually abused two gymnasts. Since then, many more victims came forward with similar allegations of abuse while Larry Nassar was their gymnastics doctor.

Reports also detail shocking claims that the gymnasts were pressured into remaining silent about the abuse. They blamed not only Nassar, but also USA Gymnastics and Michigan State University for attempting to cover up the scandal. However, USA Gymnastics representatives have denied this.

100 women will be testifying starting tomorrow about the devastating consequences of @USAGym's negligence in allowing the worst pedophile in sports history to prey on their members, and you have the nerve to CONGRATULATE them? You should call for a full and independent inquiry. https://t.co/TiwhRHEmP8

Speaking Out Against Larry Nassar

In October 2017, Olympic gold medalist McKayla Maroney said that Nassar repeatedly abused her when she started off as a 13-year-old gymnast. Gymnasts Aly Raisman, Gabby Douglas, and Simone Biles have also come forward since.

A part of Biles’ lengthy statement posted on Twitter read: “I am not afraid to tell my story anymore. I too am one of the many survivors that was sexually abused by Larry Nassar. Please believe me when I say it was a lot harder to first speak those words out loud than it is now to put them on paper. There are many reasons that I have been reluctant to share my story, but I know now it is not my fault.”

The disgraced sports physician was arrested in December 2016 after over 37,000 pictures and videos of child pornography were found in his home. He was given a prison sentence of 60 years.

Nassar is also being charged with criminal sexual conduct, and engaging in sexual misconduct with children.

Where Is Larry Nassar Now?

With a string of charges and lawsuits against him, Larry Nassar now awaits sentencing for his criminal actions in a Michigan court. His victims will give their testimonies starting today (January 16).

Nassar expressed remorse for his actions, saying, “For all those involved, I’m so horribly sorry that this was like a match that turned into a forest fire out of control. I have no animosity toward anyone. I just want healing. … We need to move forward in a sense of growth and healing, and I pray [for] that.”