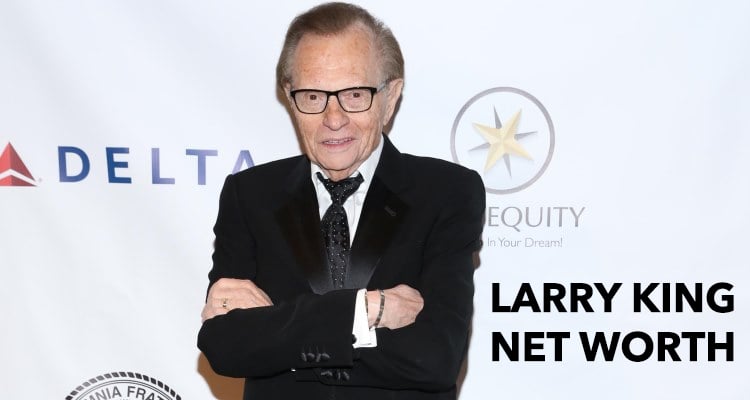 After a source revealed news of an alleged affair between Shawn King (Larry King’s wife) and Richard Greene, people have been interested in the famous radio host, asking, “How much is Larry King worth?” But is Larry King‘s net worth of $144.0 million at risk of being split in half with his wife if they divorce? Read on to learn more of the details!

Larry King was born Lawrence Harvey Zeiger in November 19, 1993 in Brooklyn, New York. He was raised Orthodox Jewish by his mother Janine, who was a garment worker and father Aaron Zeiger, who was a restaurant owner and defense-plant worker. His father died of a heart attack at 44, and his mother had to go on welfare to support her two sons. King was greatly affected by his father’s death and lost interest in school. After graduating from high school, he started working full-time to help his mother financially, but still dreamed of working in radio.

King is most famous for his late-night talk show Larry King Live, which was taken over by Piers Morgan in 2010, when King retired. King was on his world-famous show for 25 years and yes, he made a lot of money on it! He inked a $56.0 million contract with CNN for four years in 2010 and was making millions long before that. King has interviewed many of the world’s greatest celebrities and has held a career in broadcast that many people could only dream of.

King is not only known for his lengthy and successful career, but also for his numerous marriages, as well. He has been through seven marriages and eight divorces. No, your math isn’t wrong—King married the same wife twice and divorced her twice, too! He is currently married to his wife, Shawn King. King also has five kids as a result of his many marriages: Cannon Edward King, Chance Armstrong King, Chai King, Andy King, and Larry King Jr.

King may be rich but that doesn’t mean he is without his problems. News has been circulating that his wife has been allegedly having an affair with communication strategist, Richard Greene. So far, Shawn denies the rumors but gossip still spreads. If the couple were to divorce, Larry would have to give half of his wealth to his wife under California law, since there’s no prenuptial agreement in place.

If you want to know more information on Larry King, check out our article on the whole Shawn King alleged cheating debacle here!