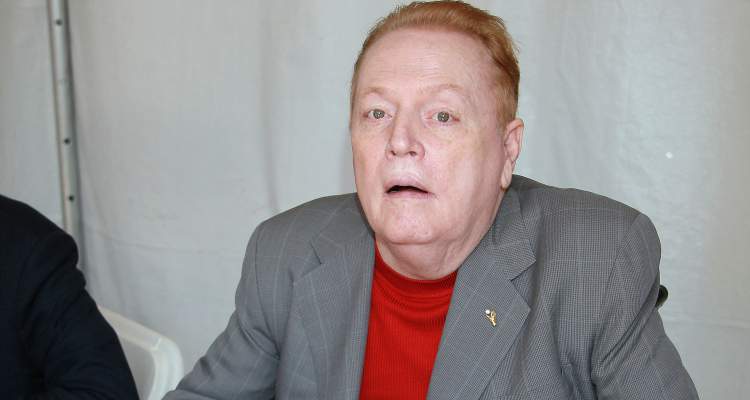 We’ve all heard of Larry Flynt. He’s the man behind the infamous Hustler magazine. But recently, he’s been in the news for offering up to $10.0 million for information that could impeach Donald Trump.

Larry Flynt and Donald Trump have been all over the news lately. Flynt for taking out an ad offering $10.0 million for information that could lead to the impeachment of Trump. Larry Flynt’s Washington Post ad was released on Sunday and was also shared on his Twitter account. In the lengthy and detailed ad, he claims that the election was “illegitimate” and that Trump is “dangerously unfit” to be president. Flynt is definitely coming from a position of power and therefore doesn’t seem to fear the consequences. We’re sure you know how famous and successful the Hustler publisher is, but we’ve got a few details you might not know about Larry Flynt’s net worth.

Towards the late ’90s, when magazine sales were at an all-time high, LFP’s publishing division grossed $135.0 million per year in revenue. Through his exceptional entrepreneurial skills, he parlayed the Hustler brand into a company which now has divisions that control casinos, real estate assets, nightclubs, retail outlets, adult toy manufacturing, video games, and more. Today, Hustler Clubs can be found in six U.S. states and three countries. LFP generates annual profits of approximately $300.0 million. In addition to this, Larry Flynt’s TV shows and movie appearances have also added to his wealth.

Bought in 2015, Larry Flynt’s house in Maui is worth approximately $5.7 million. It’s a resort-style home with a swimming pool and an ocean view.

Flynt has been married five times. In 1976, he married his fourth wife, Althea, and they were together until her death in 1987. In 1998, he married his current wife, Elizabeth Berrios. He has four daughters and a son from his marriages.

In 1996, a film called The People vs. Larry Flynt featuring Woody Harrelson was released, based on Flynt’s life. He made an appearance as both a judge and jury member in Jerry Falwell’s case. Directed by Miloš Forman and co-produced by Oliver Stone, the film was a huge success, earning Harrelson a nomination for the Academy Award for Best Actor.

Well, it goes without saying that Larry Flynt is unimaginably rich. Not just that, by the looks of what’s currently happening, he’s also fearless when it comes to voicing his opinion and opening his wallet!