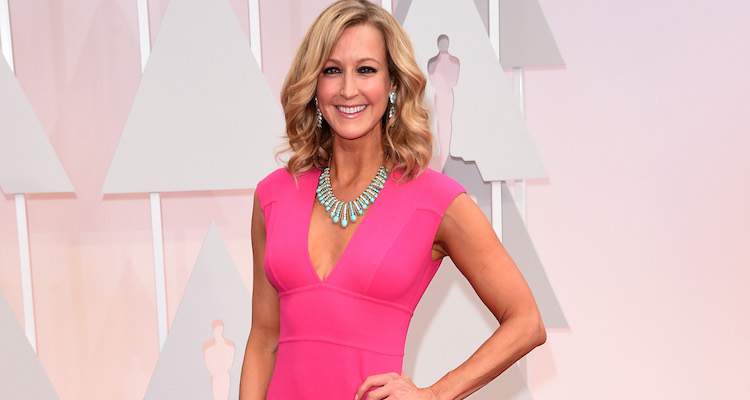 Lara Spencer is the bright light in many people’s mornings. As co-host of Good Morning America, she comes into our homes, helps deliver the news along with fun topics, and generally can kind of make it feel like everything’s going to be okay. She is smart, knowledgeable, incredibly good at her job as a broadcaster, and, on top of everything else, she’s in incredible shape and just looks stunning! So, the question naturally becomes: Who is Lara Spencer dating? Is Laura Spencer married? Well, wonder no more as we did the research and hopefully have the answers that you are looking for about Lara Spencer’s boyfriend in 2017.

A Bit of Background

Lara Spencer’s life has been an interesting story. Born in the suburb of Garden City, Long Island, she attended Pennsylvania State University on an athletic scholarship. What many Good Morning America viewers might not realize is that Spencer was once a nationally ranked competitive diver! It is in part due to her background as an athlete that she keeps in such good shape today. She completed her schooling with a degree in broadcast journalism. From there, Spencer started her career in television as a page at NBC. This was followed by a number of smaller scale jobs at stations like WDEF-TV in Chattanooga, Tennessee, and News 12 in Long Island, before making her way to WABC. It wasn’t too long after that Spencer got a correspondent gig with Good Morning America, which eventually resulted in her co-hosting job. In August 2016, Spencer’s athletic life caught up with her as she needed to have hip surgery to repair the damage, which kept her away from her desk for a month.

Lara Spencer’s husband was a man named David Haffenreffer, He was a former CNN journalist and the two married on September 30, 2000, at St. Andrew’s Dune Church. The couple have two children: Kate and Duff. After over a decade of being together, Lara Spencer’s divorce to Haffenreffer came in June 2015. The two remain on very good terms and Haffenreffer occasionally shows up in Spencer’s Instagram.

With her busy schedule and two kids, Spencer still managed to find the time to date. Who is Lara Spencer’s boyfriend? While we haven’t had an update in a while, her current boyfriend appears to be a man named Rick McVey. He is a Wall Street financier who is the Chairman and CEO of the online bond trading company, Marketaxess Holdings Inc. Guessing by his reported $13.5 million salary and bonuses last year, he does very well for himself. Before Marketaxess, McVey was the managing director of JPMorgan. We don’t know when the two began dating, but they were first spotted together on a date in New York City in January 2017, where the two cuddled up at Lure Fishbar restaurant. Since then, the couple has spent a large amount of time together with vacations to places like Nantucket and France. There are often selfies of Spencer and McVey in her Instagram account, and the two always seem to be smiling and generally look they are having a good time together.

Whenever a couple has been together longer than six months, people begin to ask if there are wedding bells in their future. Currently, the couple does not appear to be engaged and both lead very busy lives in their careers. But given how big the smiles are when they are photographed together, it looks like they will be together for the foreseeable future!