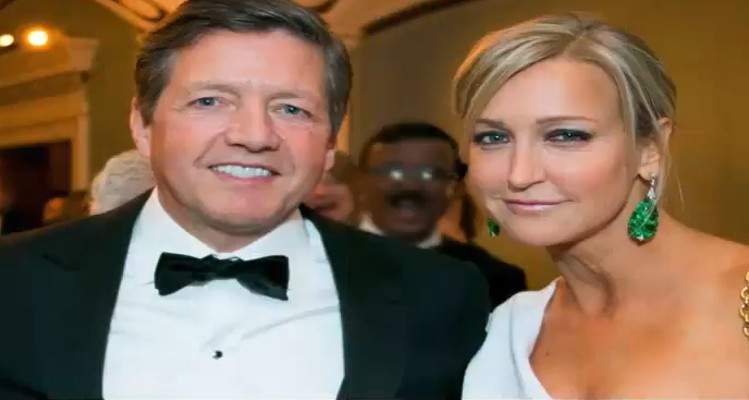 Everyone loves Lara Spencer! In early January, fans were thrilled to learn that Lara Spencer got engaged to her boyfriend, Rick McVey, whom she had been dating for a couple of years. Read about their sweet love story and get to know more about Rick McVey, right here!

Spencer recently got engaged to her boyfriend of two years, Rick McVey! Now, fans are dying to know more about the man who won over this beautiful lady’s heart!

Who is Rick McVey? We’ve got all you need to know about Lara Spencer’s fiancé in our Rick McVey wiki. So, keep reading!

Taking Over the Tech World

Raised in the suburbs of Cleveland, Ohio, Rick McVey’s age is 58. His father was an oil distributor, with a hobby in stocks investment.

McVey’s interest in bonds and stocks peaked at a young age. He earned an MBA from Indiana University in 1983. After working in a Cleveland bank, he went on to join the Chicago Mercantile Exchange.

In 1991, he moved to J.P. Morgan and quickly moved up the ranks to become chief of U.S. fixed income sales. By then, the Internet began having a major impact on businesses, and it was the perfect time to kickstart his own company.

McVey established MarketAxess in April 2000, and has been instrumental in developing the company to be a leading electronic platform for corporate bonds, and providing an efficient marketplace for global investors.

Explaining the idea behind his company, he said, “I saw a market need. Investors didn’t want to go to 15 different dealer sites like they did on the phone; they wanted a real central marketplace.”

McVey received many awards for his entrepreneurial initiatives, and now serves on the boards of several prominent institutions.

For a long time, many fans wanted to know who Lara Spencer was dating, after she was spotted with a mystery man in January 2017. Rick McVey was the guy everyone wanted to know about!

The couple first met at a blind date set up by a mutual friend, and instantly hit it off! They dated for two years before McVey asked Spencer to marry him.

Lara Spencer’s publicist confirmed the happy news in early January. What a perfect way to ring in 2018 (pun intended)!

Congratulations to our CEO, Rick McVey, on his engagement to ABC’s Good Morning America co-host, Lara Spencer! Wishing all the best to the happy couple!

It will be Spencer’s second marriage. She was previously married to former CNN reporter and real estate broker, David Haffenreffer for 15 years, and has two kids with him.

The two released a statement saying, “After a lot of thought, care and consideration, we have decided to end our marriage. It’s a sad decision that did not come easily, especially because we respect and love each other and our children. They remain our top priority. We will raise them and care for them together.”

Rick McVey was also married before, and is the father of three daughters.

Lara Spencer shared some of Rick McVey’s photos on her Instagram page, they’re adorable! She recently shared a picture after they got engaged. Check out that dazzling rock on her finger!

Spencer may not divulge much about her relationship, but she sure knows how to take a selfie with the love of her life in the most romantic of places; Paris!

She often posts pictures of the couple hanging out with their friends, going on adventures together, and having a great time. We couldn’t be happier for Lara Spencer and Rick McVey!