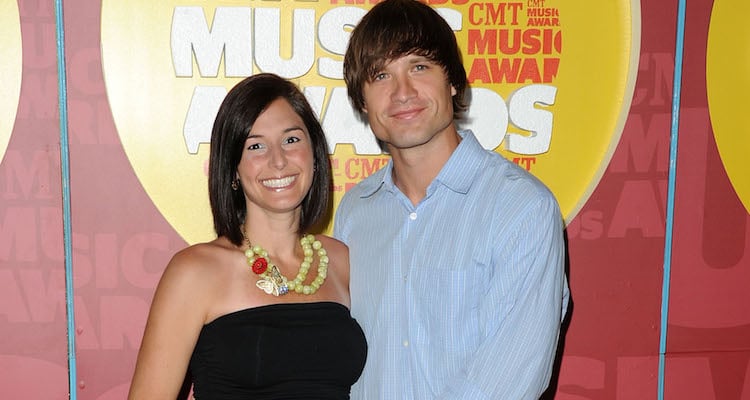 Walker Hayes’ wife is expecting her seventh child, and her country singer husband is pumped to share the news.

“I got news, guys… number seven is on the way,” the 37-year-old singer said in an interview. “We’re losing-our-minds excited.”

The singer also wants fans to support him by purchasing copies of his new album Boom, which hit shelves December 8.

“We’re so excited that we’re pregnant again. Just living the dream right now, we’re on cloud nine, me and my family. We got good news in the house,” Hayes said.

The couple already have three boys and three girls. They decided over a decade ago that there was no reason he couldn’t be a musician and have a big family.

Check out the gorgeous Walker and Laney Beville Hayes picture below!

Their children are also happy about the news, too. Their 11-year-old daughter, Leila Hayes, cried when she heard about having a new sibling!

“My kids are losing-their-minds excited, it was fun to watch. We’re so fortunate,” said Hayes.

It’s been a rough journey with Hayes’ music career. He signed with a few record labels and was eventually dropped by them. It took 13 years before he could catch his dream.

“What keeps you in this business is the thought that maybe tomorrow will be different. It’s cliché, but everybody says, ‘We’re all one song away,’ and it’s so true. The difference between me and the guy down the street busking with his guitar case open is just one song.”

Now, good things are happening for Hayes. His debut album just came out, and he will be doing a headlining tour in 2018.

“We wanted to have a healthy balance of truth,” Hayes said about the music he wrote for his album. “I just wanted to tell the world about me and my struggles–the good and the bad. The tough part was to show the lighter side of me that mattered most.”

According to critics, Hayes’ music stands out from the genre because of its pop-country vibe, contrasting his deep lyrics. His song “Beer in the Fridge” talks about his past struggles with alcohol addiction, and “Beckett” was named after one of his sons, reminding the audience to see the world through a child’s eyes.

Hayes gushed about his son saying, “Beckett is that kid who’s never met a stranger. And the things he says about people like, ‘The girl next door has skin like chocolate.’ He sees a black girl, and he’s like, ‘I love her skin.’ Whereas adults, we would never say that, or see it like that.”

Walker Hayes said that children’s eyes are so innocent and the world needs some of that right now. We definitely don’t disagree!