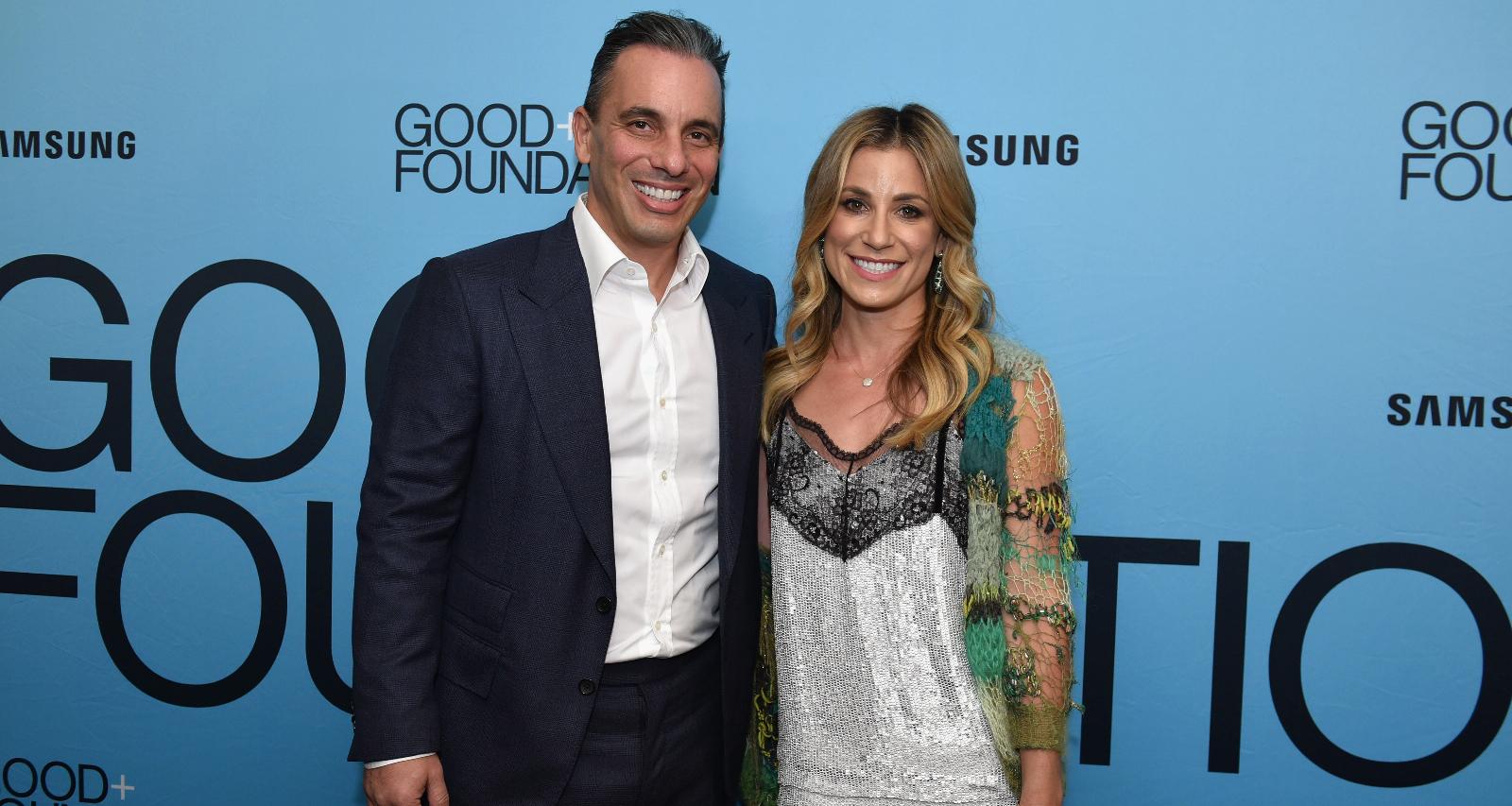 Lana Gomez is a magnificent artist whose works have been sought by interior designers. But comedy lovers might be familiar with her as the wife of stand-up comedian Sebastian Maniscalco. Gomez has been Maniscalco’s muse and subject of his stand-up content for a few years now. After being the butt of her husband’s jokes, she deserves some solo spotlight in our Lana Gomez wiki.

She Is from a Jewish Family

Lana Gomez from Naples, Florida was born to Simone and Barry Gomez on September 6, 1983 and is 35 years old. Lana grew up in a Jewish family.

Italian-American Maniscalco has often poked fun at the differences in their respective Italian and Jewish upbringings. His most iconic skit was about celebrating Passover with Gomez’s family.

Gomez’s father passed away in 2001 and her mother remarried in 2003. Simone Chassin Lutgert and Gomez’s stepfather, Scott Lutgert, reside in Naples.

Gomez showed a love for art from a young age. Painting together constituted bonding time with her father when she was a child.

#tbt circa 1991 Little Lana and her dad used to paint together for fun! Go get some canvas and paints and have at it with your kids! It's a great way to spend time together 💖💖💖#greatmemories #lanagomezart #memphis

She would go on to make her passion into her career. She studied art at the University of Tennessee before moving to Los Angeles to paint professionally.

She created art on canvases, usually drawing inspiration from nostalgic experiences in her own life. Gomez’s work has been on display in several art galleries since her first show in 2008 at Judith Liegeois Designs.

Her work caught the attention of celebrated interior designer Kelly Wearstler, who would collaborate with Gomez. Lana worked in Wearstler’s design studio from 2008 to 2009 and even did a special painting for the designer’s book.

She would expand to sculptures, famously creating a 10-foot guitar sculpture on the Sunset Strip for Gibson GuitarTown.

Besides being featured in publications like House Beautiful, InStyle, Lonny, Los Angeles Confidential, and The New Yorker, she won the Tastemaker of 2014 award from California Home and Design Magazine.

The Maniscalcos reside in West Hollywood in a home decorated by Wearstler, with artwork by Gomez on the walls. Some of their furniture was custom-made by Wearstler to suit the couple’s tastes. The house also has a garage studio where Gomez works.

She Met Maniscalco in the Gym

Sebastian Maniscalco and Lana Gomez tied the knot on August 26, 2013. Details about their wedding are scarce, but Maniscalco did recall once how they met in the comedian’s trademark fashion.

Maniscalco said in an interview that he and Gomez used to go to the same gym. They shared the same personal trainer but not exactly by coincidence. Maniscalco shared that he asked the trainer if he could work out with any good-looking girls.

That’s how Maniscalco came to the gym one morning and met Lana Gomez. The trainer introduced them and they started talking. He definitely liked her because he confessed to getting dressed before going to gym to look good for her.

By his account, he asked her out when Gomez was on a treadmill. The comedian came up to her and said in his exaggerated Italian accent, “You want to go out with this?” (We can honestly see that happening.)

Gomez, who can be funny in her own right, initially rejected him with a little humor. Nonetheless, they would date and get married in 2013.

The couple spend their downtime traveling and Gomez even accompanies him on his comedy tour. She’s received more than some honorable mentions in Maniscalco’s stand-up.

He poked fun at her Jewish background in his last Netflix special, Aren’t You Embarrassed. In 2019, Maniscalco has released a new Netflix comedy special, Stay Hungry, and rest assured, Gomez will be the target of jokes this time, too.

Besides sharing a sense of humor, the couple is also generous. Gomez, whose mother is a philanthropist, pranked her husband with the Ice Bucket Challenge. They also donated to ALS research.

They Have a Daughter

Gomez and Maniscalco welcomed their first child, Serafina Simone Maniscalco, in April 2017. She is named Serafina after Maniscalco’s grandmother, while Simone is Gomez’s mother’s name.