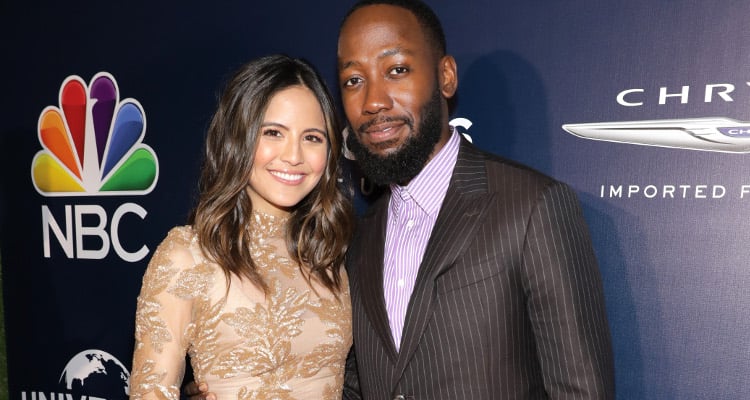 Lamorne Morris has a new girl in his life! It’s clear that Erin Lim and Morris are dating, and the two look so cute together. Who is Erim Lim, you ask? We have everything you need to know about Morris and Lim’s love story right here. Read on to know the latest about the couple!

Lamorne Morris’ girlfriend in 2017 is so adorable and a familiar face to E! fans. People are loving the couple, and don’t want to leave any stone unturned when it comes to their lives. Erin Lim is a corespondent with the entertainment channel, and brings the latest in all celebrity and Hollywood news to our screens. If you want to know more about Erin Lim and Lamorne Morris, then you came to the right place! Scroll down for all the information on the hot couple.

Erin Taylor Lim was born on April 13, 1991, making her age 26. She is a true California girl and graduated from Chapman University Dodge College of Film and Media Arts in 2013. Lim was interested in media since she was young, it’s safe to say that things panned out really well for the host.

Lim has a rich cultural history as her father is Filipino and her mother is Mexican. She is a documentarian and host of many of big events. Though she is a relatively new face to North American red carpets, she already has a load of new fans!

Erin Lim attended some of the glitziest events like the Emmy Awards, People’s Choice Awards, Miss Teen USA, and Billboard Music Awards. Though many E! viewers are used to seeing Ryan Seacrest or Giuliana Rancic broadcast from the red carpet, fans are starting to really like when Lim hosts these events, and can’t wait to see more of her chill, suave, and very trendy self!

#4. Erin Lim and The Rundown

Her career began in 2012 when she was a production assistant at the 38th Annual People’s Choice Awards. Lim has since gradually hosted many more events and TV shows, but is best known for E! News’ Snapchat show, The Rundown. People have warmed up to the series on the popular social media app, and it has received great ratings as far as app shows are concerned. Fans send Lim messages about her show saying how much they love watching her talk about what’s trending in Hollywood and celebrity news.

#5. Erin Lim Is Allergic to Cats

Well, it looks like Erin Lim stays far away from cats and cat people alike! She shared a Buzzfeed article about how it feels being allergic to cats and wrote, “So glad Buzzfeed gets me sometimes.” One fan asked if she was being serious, and Lim confirmed that she is “deathly allergic” to cats! She might to allergic to felines, but Lim sure is as quick as a cat when it comes to bringing the latest gossip!

The New Girl actor and Erin Lim are dating, and there is more than enough proof of their relationship. Erin Lim’s Instagram posts show off her new man, and we’re getting jealous! The couple seem to be enjoying each other’s company, and have not shied away from sharing their love. If you head over to Erin Lim’s Instagram account, you’ll see what we’re talking about when we say that the couple is legit!

That was one helluva party! Happy birthday again babycakes. You are so loved. Cheers to you being the most popular boy in school ??

Erin Lim can easily pass for a model! She works out a lot, and loves to hit the gym to keep her gorgeous body in shape. She posts the occasional gym pics, but the page is flooded with Erin Lim’s hot pics. Take a look at some of our hottest picks:

Taking in the View

Glad That’s Not a Cat!

Bear wanted in on the action ?