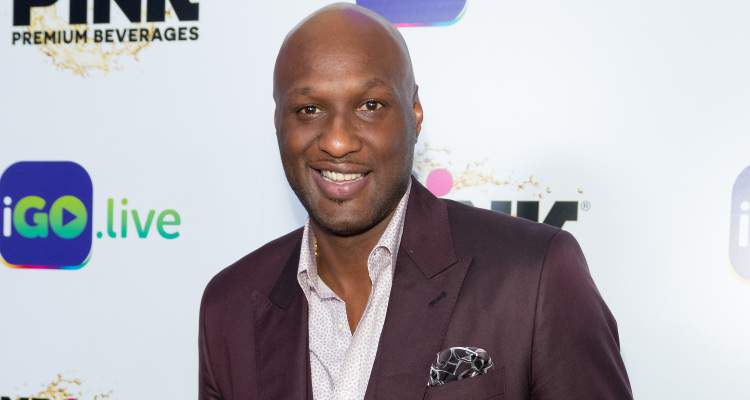 As a professional basketball player, Lamar Odom is known for his time with the Los Angeles Lakers. He later gained attention for his marriage to reality TV star, Khloé Kardashian. It comes as no surprise that Lamar Odom’s net worth in 2018 is estimated at $30.0 million. If you want to know more about Lamar Odom’s contract and how much money he made while playing in the NBA, then keep reading!

Besides having a high-profile basketball career, Lamar Odom is famous for his marriage to, and divorce from, reality star, Khloé Kardashian. Following his divorce, things have been rocky for the former NBA player and he’s been in headlines for all the wrong reasons, including allegations of cheating on his ex-wife and a drug relapse. So, how did these scandalous allegations and his divorce impact his net worth? Keep reading to find out!

Lamar Odom is a basketball player, most famous for playing forward on the Los Angeles Lakers team from 2005 until the end of the 2011 NBA season. Before that, he was offered a $63.0-million contract to play for the Miami Heat, which he chose to accept. His previous team, the Los Angeles Clippers, wasn’t prepared to match this offer. Odom went on to lead the Heat to their first Conference Semifinals in four years and the following year, he played on team USA at the Athens Olympic Games.  His team went on to win the bronze medal thanks in large part to his efforts as well as his talented teammates, like Kobe Bryant.

Winning that bronze medal was one of the crowning achievements of Lamar Odom’s career as a star basketball player. Given everything he’s accomplished throughout his career, it’s not surprising that he’s managed to make a lot of money and increase his net worth along the way.

Odom is a basketball player-turned-reality TV star thanks to his seven-year-long, tumultuous relationship with one of the reigning queens of the medium, Khloé Kardashian. Although he’s accumulated a great deal of fortune, Lamar Odom’s net worth has changed quite a bit over the past few years. This chart shows his career highs and lows.

In 2009, Lamar Odom launched his very successful and lucrative clothing line called Rich Soil. Not only was this clothing line a massive success, but the size of the crowds that showed up to the pop-up shops were comparable to those of Kylie Jenner’s lip kit pop-up shops— which is no small feat.

In March 2018, Lamar set up a pop-up shop for the brand, which he co-founded with his ex-wife Khloé, in Glendale, California. The city just happens to have a very large Armenian-American population and since the Kardashians are practically considered royalty there, it makes sense for him to choose this location.

The reason for the pop-up shop was to relaunch the brand sans Khloé. Hundreds of people showed up to check out the products and they were not disappointed.

The name of the brand, Rich Soil, along with the logo, which depicts a detailed drawing of a rose, was inspired by Tupac Shakur’s poem entitled The Rose That Grew from Concrete. The message behind the poem and the brand itself is to iterate that anyone, regardless of their circumstances, can be successful and achieve anything they want to as long as they work hard and power through.

This is a very uplifting message to send out to fans who might not always feel as if they have what it takes to make something great of themselves. Odom appeared in an interview on The Hour to talk about the clothing line, which focuses on affordable active wear for people of all ages, including men, women, and children.

Prices range from $15.00 to $60.00 and consumers can purchase leggings, crop tops, sweat shirts, and tank tops that all feature the beautiful rose logo. Some of the clothing items even have the hashtag #iamrichsoil. All of these items can be purchased online at iamrichsoil.com.

Life after basketball and divorce seems to be treating Lamar Odom quite well. In addition to his clothing line, the basketball player-turned-entrepreneur has started a marijuana business, which is reportedly also making him a great deal of money. Considering that the demand for marijuana-based products has seen a major uptick in states where cannabis is legal, it was a shrewd move for the former NBA star to venture into this market. There’s certainly money to be made!

Also, Odom claims that when he was going through a particularly low point in his drug addiction, marijuana helped wean him off the heavier substances like cocaine. Odom had this to say regarding his reasoning for getting into the marijuana business:

“While going through rehab, I discovered certain strains (of marijuana) that support wellness. So I decided to team up with Camp Green, a company that supplies organically grown, pesticide-free cannabis.”

In line with his other companies, Odom named his marijuana business Rich Soil Organics. The company launched in California, where marijuana was legalized in late 2017. The idea is to produce and distribute organic medicinal and healing cannabis that can help people cope with their various health problems, including depression, anxiety, chronic pain, and so much more. Given all the people he can potentially help with this venture, it’s easy to predict that this will be one of the smartest business deals Lamar Odom has ever made.

Lamar Odom’s Net Worth Compared to Other Kardashian Exes