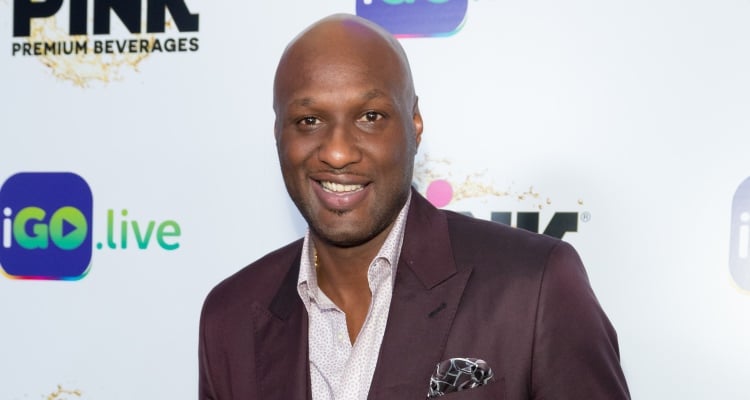 Rumors circulating about the Los Angeles Lakers are connected to details about what Lamar Odom is doing now. If you want to know where Lamar Odom is now and what he is up to, here’s the scoop!

Recent buzz about the L.A. Lakers is swarming the web, and the rumors include the future of player LeBron James, as well as the signing of Lamar Odom. According to the man himself, Lamar Odom’s trade from the Lakers to the Dallas Mavericks after his sixth Man of the Year award winning season was his biggest career mistake. He battled with drug abuse, and other off-court struggles, and in 2015 he almost died because of an overdose in a Las Vegas brothel. Now that he’s back on track, fans are seeing him more often. He has attended games and various basketball-related events, and now fans want to know if he will be returning to the Lakers. The good news is, it could very well be a possibility, and no one could be more thrilled than Odom himself. “My family looks forward to me retiring as a Laker more than me,” he said. “For my son, for my family, for my fans, they may enjoy that day. It’s for them.” Those are the details for Lamar Odom today, but what else is going on with Lamar Odom in 2017? Keep reading!

Odom is more than just a basketball player. Like many athletes, he got his chance as a celebrity star, in his case, for his relationship with Khloé Kardashian. Their relationship was featured on Keeping Up with the Kardashians. Lamar Odom and Khloé Kardashian married in 2009, but unfortunately, their relationship was very “toxic.” Headlines over the past year alone involved Odom’s affairs and drug abuse, leading to their inevitable divorce in December 2016. Lamar Odom’s daughter, Destiny saw this firsthand. “I tried for my dad,” she said, about trying to make their family work. She suggested that things got worse when the couple married, especially because of all the publicity Odom got because of it. “I wouldn’t say it was a matter of my dad loving Khloé more than me. I think that my dad has an addictive personality, so he was addicted to the attention he got with Khloé more than me. It was a very toxic relationship.” It got so bad that Destiny gave her father an ultimatum that he had to go to rehab, or risk her never speaking to him again. “I think that hit him really hard,” she said. Despite their divorce, Odom says he still keeps in touch with Khloé saying, “I don’t think she hates me, even though she has every reason to. I definitely don’t hate her.”

Odom’s current net worth is an estimated $30.0 million, but he didn’t have an easy life of fame and success by any stretch. He had a troubled childhood and struggled with drugs and relationship issues as an adult. But on the court, he was invincible. Odom’s basketball talent landed him a spot on the USA Today All-USA First team, and shortly after that, he earned a three-year contract with the L.A. Clippers as fourth overall pick. The deal was worth $7.9 million! He then kicked it up a notch with a six-year contract with the Miami Heat in 2003, worth a whopping $65.0 million. He didn’t play with the team very long, as the team traded him to the Lakers, where he signed a four-year contract paying $33.0 million. The Lakers eventually traded him to the Mavericks, upsetting many fans and exciting others. The majority of his salary came from his basketball career, but he did a few small endorsements and became a regular fixture on reality TV acts in Keeping Up with the Kardashians, and on Khloé and Lamar.