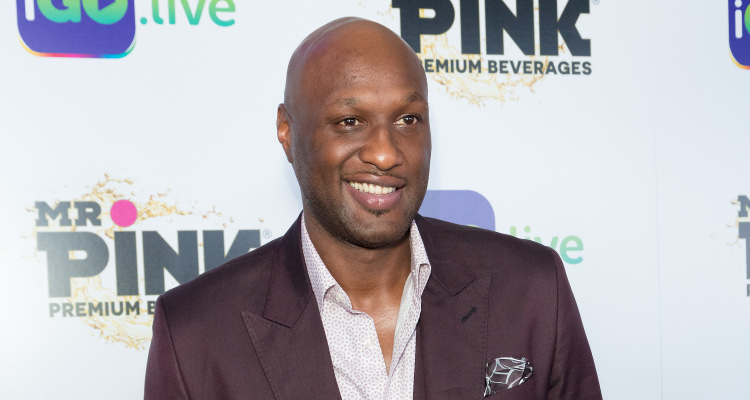 Khloe Kardashian’s ex-husband, Lamar Odom, was rumored to be dating Haitian model Maddy Morebucks earlier this year. The rumors sparked in October 2017, when the retired basketball player was spotted with Morebucks on his lap outside a local restaurant in L.A. But, are they still together? We’ve got the scoop!

If you were wondering who Maddy Morebucks is and what she has to do with Lamar Odom, then you need to keep reading! The voluptuous model gained a lot of popularity a few months ago after rumors spread like wildfire of her being Lamar Odom’s girlfriend. Though sources close to Morebucks insisted she was “just friends” with Odom, the Internet seems to think otherwise. She’s also becoming famous for her insatiable “assets.” She may not be a Kardashian, but she’s certainly got the curves of one! We’ve gathered some of Maddy Morebucks’ hot pics, as they seem to have made her an Instagram favorite. Check them out below to see what we mean!

Maddy Morebucks and Lamar Odom have been seen together in several places. They were also spotted at a party, cozying up with each other, fueling the rumors about their relationship.

Morebucks maintains a pretty happening lifestyle. As a socialite, she constantly posts pictures of her life, which has attracted over 400k followers on social media.

Is She Dating Lamar Odom?

Morebucks and Odom recorded a video of themselves dancing at a nightclub, which could otherwise indicate they are in a relationship. When Khloé Kardashian became pregnant, Lamar Odom reportedly did not take the news well.

Odom knew that he messed up a good relationship with Khloé, and reportedly wished he was the baby’s father.

Kardashian, on the other hand, has obviously moved on with NBA player, Tristan Thompson and the two are anxiously awaiting the arrival of their baby!

If you head over to Maddy Morebucks’ Instagram account, you’ll see that she’s been promoting herself using pictures with some of the biggest names in the industry like Busta Rhymes and Chris Brown. She modeled for websites like XXXL and Hip-Hop Wired.

Whether or not the couple is in an intimate relationship is still undisclosed at this time. But it seems as though Odom is ready to move on from Kardashian.

Around the time the rumors of her dating Odom came out, Morebucks posted a picture on Instagram that looked like she was wearing a ring on “that finger!”

The caption read: “I’m a handful but that’s what you got two hands for.”

Was Morebucks indicating something to Odom? The same ring seems to be on and off her finger from time to time, making the guesswork even more confusing!

I'm a handful but that's what you got two hands for ?

Will Lamar Odom Give Fans Good News in 2018?

Lamar Odom and Maddy Morebcks have caught the attention the media, and the rumors of their romance don’t seem to be slowing down. Now, fans are curious to know if the basketball Hall of Famer will announce something about his new alleged girlfriend in the coming year!

It was in December last year that Lamar Odom and Khloé Kardashian finalized their divorce. But, has one year and Kardashian’s pregnancy been enough for Odom to say that there are plenty of fish in the sea?

Only time will tell!

#lamarodom enjoying life with his new boo #MaddyMorebucks but do you think it's to soon for him to be out???? ???