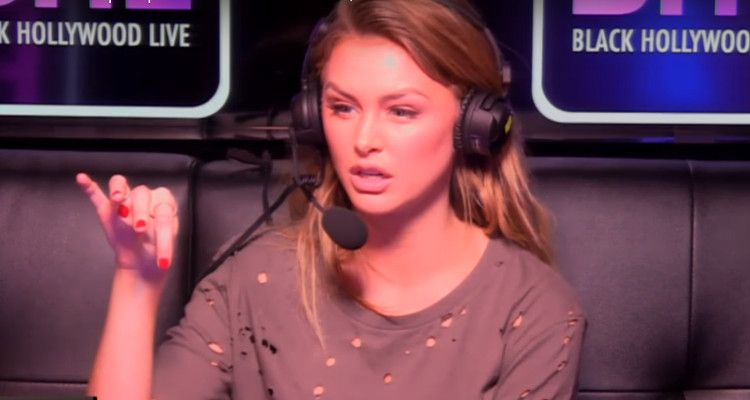 Former reality star, Lala Kent has made a name for herself in the reality TV world. But, she is allegedly dating a man who is reportedly married. Although Lala has denied rumors of infidelity, she is happy with her mystery man. Find out more about Lala Kent’s boyfriend in 2017, right here.

Although Lala has left Vanderpump Rules, people cannot stop asking her about her personal life! There are speculations that she is dating a “sugar daddy.” Recently, the star opened up a little bit about her boyfriend saying, “He’s not married. I mean, come on. He’s definitely not married and never has been while I’ve been with him.” She further revealed that he is in his forties and they met each other at SUR restaurant in Hollywood. “He approached me about doing a film and asked for my agent’s contact. He was at the restaurant and I was working – not filming – and he said ‘Are you an actress?’ and he just kept coming up to me and I was like ‘No. I do reality TV.’ I caved.”

The mystery man asked her to audition for a role in his upcoming movie. Sparks must have flown because the two have been together seemingly ever since.

There were rumors that Lala was in a relationship with Randall Emmett. The 26-year-old reality star had posted a photo with him on Instagram, but later removed it after questions of their relationship persisted. It seems that they were not actually dating as no confirmation about their relationship was ever made.

While filming Vanderpump Rules, there were speculations that James Kennedy and Lala Kent hooked up. Lala knew James for a very long time, but Lala made it clear that she was not looking for anything serious. She also clarified that no matter what happens between them, they will be good friends. Lala seems to be really happy in her relationship, recently tweeting, “When you have a good man, hang on for dear life.” She added the hashtag “iloveyouforeverboo.” All we hope is that information about Lala Kent’s mystery man is revealed soon!