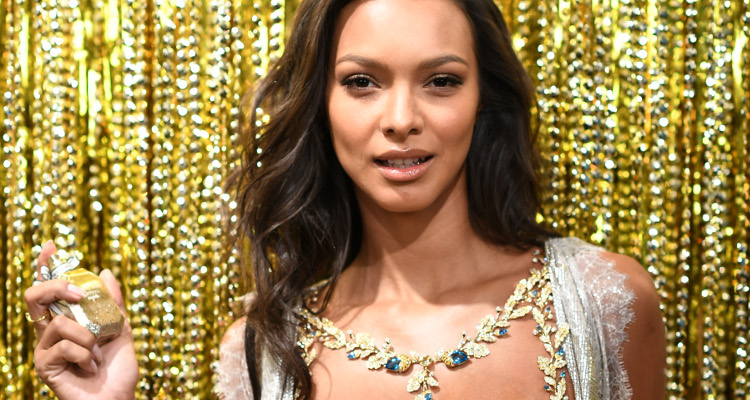 The Internet just broke again! If you were looking for some heat, then we have all the fire you need right here with Lais Ribeiro’s Victoria’s Secret Fantasy Bra shoot! She joins the select few who can make the $2.0 million bra look more stunning than it already does. Check out more of Lais Ribeiro’s hot pics, right here.

Lais Ribeiro is the lucky angel who got to wear the sapphire studded $2.0 million Champagne Night Fantasy Bra this year. The Shanghai fashion show will see a lot of Victoria’s Secret Angels in all their mesmerizing glory. But the most awaited part of  every VS fashion show is the Fantasy Bra. The lucky model this year is Lais Ribeiro, and her hot pics prove just how deserving she is of that honor!

Lais Ribeiro is Brazilian and was born on October 5, 1990, making her age 27. She began modeling in 2009, only about a year after giving birth to her son, Alexandre. A friend suggested she try it out as a career, and before she knew it, she was walking for international designers!

Ribeiro worked with big names like Chanel, Gucci, Louis Vuitton, Dolce & Gabbana, Marc Jacobs, and Versace. She was in ads for Ralph Lauren, GAP, Tom Ford, and even Dior. In addition to her already high flying career, Ribeiro has been a Victoria’s Secret model since 2010.

Ribeiro has walked in nearly every VS fashion show since 2010, except for 2012 when she sprained her ankle. All that hard work paid off, because this year, she gets to wear the Champagne Night Fantasy Bra!

Thanks to @si_swimsuit & @mj_day for making my dreams come true! I’m honored to be featured in the 2017 issue of @SI_Swimsuit! Also, it was a pleasure working with @jamesmacari again ?– thank you for making me feel so beautiful and sexy! Make sure to get your tickets to VIBES to meet me and the rest of the 2017 models!

The sapphire and crystal studded bra weighs 600 carats and took 350 hours to create. It is always the showcase for VS fashion shows, and Ribeiro is very lucky to be the chosen angel. “After three days, I was still pinching myself because I couldn’t believe it!” she said.

Lais Ribeiro barely spoke a worked of English before she moved to New York, but she knew that she wanted a better life for herself and her family. So, once she got the opportunity to model for international designers, she hopped on a plane to the U.S.  Now, she is dating basketball player Jared Homan who played for Maccabi Ashdod in the Israeli Premiere League.

#6. Current Mood: In the Blues

Ribeiro is a fitness freak, and it shows! The model’s routine includes pilates and boxing along with regular cardio. She said her son is another great way to keep her on her feet.

She never thought that she would be a model, but now, Ribeiro is one the most sought-after models across the globe! She enjoys traveling and loves that she gets to see the world as a part of her job.

Look at these puppies

She is the perfect Victoria’s Secret Angel. She is 6”1’, with a great body and gorgeous features. Lais Ribeiro’s Instagram page shows snippets of her life with occasional pictures of her family and son.

Angels in Paris ? #HolidayCommercial #VS

Ribeiro appeared on the cover of the esteemed Vogue for its American, German, Italian, and Brazilian covers, only proving that she is reaching some much-deserved international fame!

I'm sorry but the pictures will just keep coming! ?

Lais Ribeiro’s sexy pics have stunned the world, and magazines like Sports Illustrated are more than happy to call her for regular photoshoots. You can watch her strut down the catwalk looking amazing in the Fantasy Bra on November 28, 2017 at 10:00 p.m. EST only on CBS!