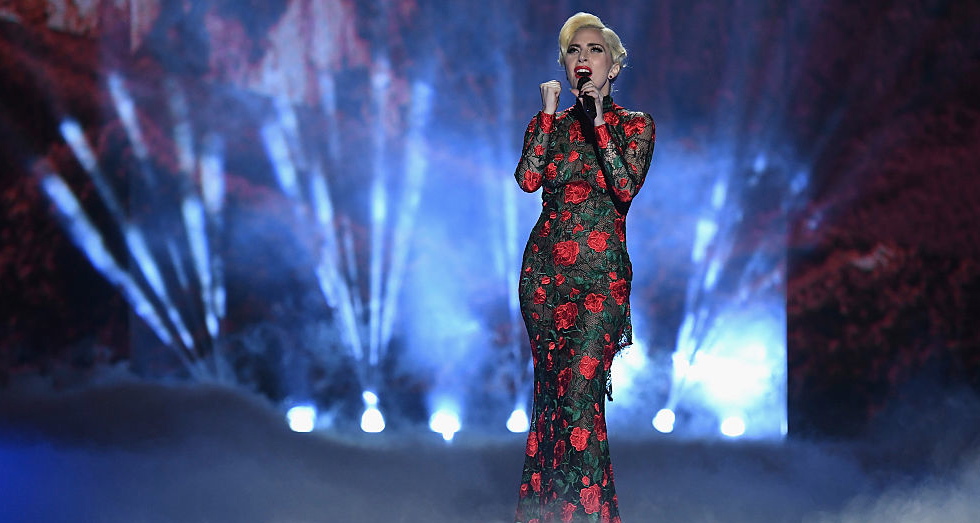 Lady Gaga’s performance at the Victoria’s Secret Fashion Show is going to amaze you! As the show airs tonight, we are bringing you some interesting facts to know about Gaga’s life, career and net worth.

Lady Gaga performed three new songs including “A Million Reasons,” from her Joanne album at the Victoria’s Secret Fashion Show 2016, and she wore several stunning outfits that wowed the crowds. Her outfits included a jaw dropping Alaïa two-piece lace ensemble, a Saint Laurent black sequin jumpsuit, and a long-sleeve rose-printed lace dress, designed by YolanChris. Her shocking performance will be aired during the VSFS 2016 airing, which kicks off tonight (Monday, December 5) at 10:00 p.m. EST on CBS. The Queen of Monsters has made a name for herself in both the entertainment and fashion industry, and some people are wondering Lady Gaga’s net worth. How much is Lady Gaga worth? Everything you need to know about the pop sensation, including Lady Gaga’s age, Lady Gaga’s songs and more is right here!

Lady Gaga, or Stefani Joanne Angelina Germanotta, is a passionate, career-driven woman. Born March 28, 1986, the star has accomplished many of her goals and dreams in her 30 years of life. She was born in Manhattan, New York, and was born as the eldest daughter to Cynthia Louise “Cindy” (Bissett) and Joseph Anthony “Joe” Germanotta, Jr. Gaga’s roots are Italian and French Canadian, and her family raised her following the fundamentals of Catholicism. She began playing the piano when she was four years old, and wrote her first piano ballad at 13. Gaga was always interested in the musical arts and studied it in school, however, when she was 19, she withdrew from the Collaborative Arts Project 21 at New York University’s Tisch School of the Arts, to pursue her musical career.

The “Poker Face” singer began dating music producer, Rob Fusari, who she worked with in 2006. As Lady Gaga’s boyfriend, he claimed he created the “Lady Gaga” nickname after Queen’s “Radio GaGa” song. In 2010, Fusari filed a $30.5 million lawsuit against the singer, saying she ditched him as her career (which he took credit for building) took off. The couple broke up back in 2007, after her experimental activities involving neo-burlesque shows and drugs led her to become romantically involved with a drummer of a heavy metal band. Most recently, Gaga was engaged to Chicago Fire actor Taylor Kinney, who has a net worth of $8.0 million. The couple announced their split in July of this year, and Gaga took to Instagram to explain it to her followers. She posted: “We have been taking a break. We are both ambitious artists, hoping to work through long-distance and complicated schedules to continue the simple love we have always shared. Please root us on. We’re just like everybody else, and we really love each other.”

Gaga’s career was a battle as she struggled alongside record labels and other emerging artists for a chance on the mainstream market. However, in 2007, her career finally took off.

Lady Gaga moved to Los Angeles to work on her debut album,The Fame. When the album launched, the public loved it! With songs like “Just Dance” and “Poker Face,” she quickly began to win awards and achieve commercial success.  This led to her first worldwide The Fame Ball Tour, from March to September 2009.  Her EP, The Fame Monster featured popular songs like “Bad Romance,” and “Alejandro.” However, not everyone enjoyed Lady Gaga’s style of fashion and expression. Her “Alejandro” music video was considered to be blasphemous by the Catholic League; and the meat dress she wore to the 2010 MTV Video Music Awards offended many (who could ever forget the meat dress). Gaga’s overall career, however, continued to rise and her success and influence has been compared to divas such as Madonna and Britney Spears. Gaga’s record label history includes Def Jam, Cherrytree, KonLive, Streamline and Interscope.

Gaga’s net worth is an enormous $275 million! In 2010, she earned over $80.0 million from album sales, endorsements, tours and more; in 2014 she earned $33.0 million; and in 2015 she earned $59.0 million! With another album currently being released, we can only imagine what heights her net worth will eventually soar to!