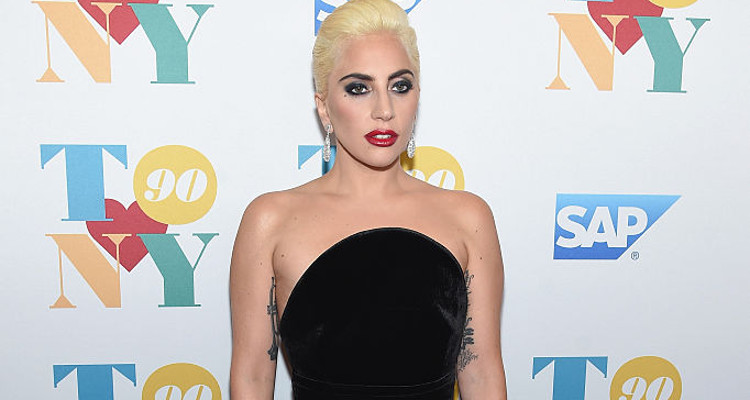 Lady Gaga has a net worth of $275 million as of 2015 and there’s no reason to believe this amount will go in any direction but up. Born Stefani Joanne Angelina Germanotta, the singer, songwriter and now actress continues to add to her impressive celebrity résumé and even more impressive income. What’s even more amazing is in how little time Lady Gaga has come this far; she has only released five albums!

Her monetary success is undoubtedly what helped her to make number 67 on Forbes’ list of the 100 most powerful women in 2014, not to mention the 25th highest-paid celebrity in 2015. She also likely feels very successful in life, having become engaged to actor and model Taylor Kinney in February 2015. She has also won a ton of awards, including six Grammy Awards, 13 MTV Music Video Awards and even 12 Guinness World Records, to go along with her 28 million albums and 140 million singles sold.

Lady Gaga first tasted celebrity with her debut album, The Fame, in 2008, which reached number one in Canada, the U.K., Ireland, Germany, and Austria and number two in the U.S. This was the album that featured her first major hit, “Poker Face,” and led to her first tour, The Fame Ball Tour, which visited the U.S., Canada, a large portion of Europe, Australia, Japan, Singapore, and South Korea. Despite only having the one album of music to work with, Lady Gaga enjoyed $18 million in record sales from about 15 million copies and even more from concert ticket sales.

Since then, Lady Gaga has released four other albums: The Fame Monster, Born This Way, ARTPOP, and Cheek to Cheek, the last one being a collaborative effort with singer Tony Bennett. While album sales appear to be down at first glance, it’s important to remember that digital sales are now a major source of income and much more difficult to measure. If you need proof that Lady Gaga’s success, celebrity status, and profits are only continuing to rise, look at her concert income; her first tour may have made her a couple million, but the Born This Way Ball is reported to have grossed approximately $168 million! The net income may be much lower, but you still can’t deny that that is a lot of money!

Full data isn’t available about 2014 and 2015 in regards to Lady Gaga’s net worth, but she’s reported to have made about $33 million and $59 million, respectively. These are pretty impressive numbers considering she didn’t release an album in either of those years and has only done minimal touring (alongside Tony Bennett for the Cheek to Cheek album). The star has confirmed that new music will be released this year, which will take largely from her experience in one of her other endeavours.

Lady Gaga’s music isn’t the only source of her fame and fortune. She loaned out her time and looks for ads for designer brand Versace before being replaced by one of her influences, Madonna, in late 2014. She also collaborated with Canadian cosmetics company M.A.C to release a line of lipsticks and lip glosses in 2009 and 2010.

Lady Gaga even contributes heavily to good causes. Instead of going solely towards her net worth, proceeds from the 2009 M.A.C cosmetics collection went towards AIDS research. She has also donated concert proceeds, official store revenue, and other income to groups and services that could use it, among other deeds. Furthermore, she has launched the non-profit Born This Way Foundation in 2012, which is focused on improving the lives of youth, giving an initial donation of $1.2 million out of her own pocket.

We’re only a couple weeks into 2016 and Lady Gaga has already made a mark, though interestingly, it was done in a field outside of music: acting. While having previously made appearances in other programs, including her own holiday specials, her first major role came last year playing Elizabeth “The Countess” Johnson on the fifth season of American Horror Story: Hotel. If there was any doubt the celebrity could transition to acting when/if she’s said all she wants to say as a musician, that doubt came to an end on January 10 at the Golden Globes, where she won the award for Best Actress – Miniseries or Television Film. While Lady Gaga’s character has likely made her last appearance, given the events of the first episode of the year, look for a greater number of roles offered to her in the future, and for Lady Gaga’s net worth to grow with it!