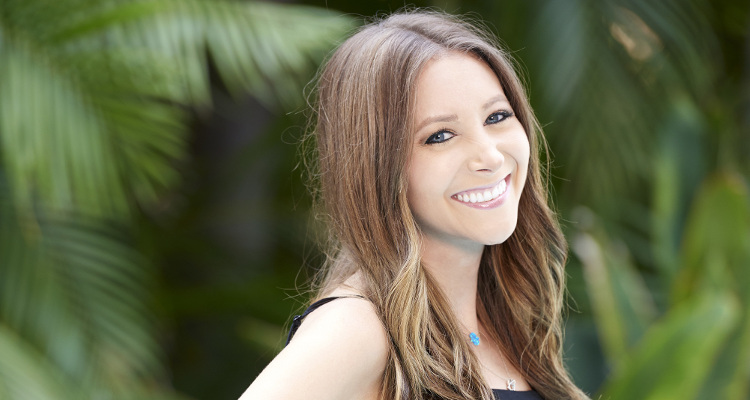 Lacey Mark is heading to Mexico along for a second shot at love. The former Bachelor contestant is hoping to find more luck this time around, and might just leave with some new bling. If you want to know more about Lacey Mark from Bachelor in Paradise, then take a look at our Lacey Mark wiki.

After arriving on camelback in The Bachelor season 21 premiere, Lacey Mark definitely made an impression. She tried her best to impress Nick Viall with a corny “I hear you like a good hump,” which surprisingly did not kill her chance with Viall, though she was eliminated in the second week.

She joined the cast of Bachelor in Paradise season 4, and we can only pray that she keeps the pick-up lines to a minimum! A lot of contestants from Nick Viall’s season of The Bachelor will be in Paradise including, Jasmine Goode, Raven Gates, Danielle Maltby, Taylor Nolan, and Alexis Waters.

There are bound to be a lot of fights, drama, and tears on the show. But that is why we love Bachelor in Paradise! In light of its August 14, 2017 premiere, keep reading for everything you need to know from Lacey Mark’s wiki.

Lacey Mark’s age is 25 and she currently lives in New York. Though a lot of contestants have a background in modeling or acting, she is a bit of an exception. Mark was born and raised in Towaco, New Jersey. In 2013, she graduated with a degree in in government, Middle Eastern studies, and political science from Syracuse University. When she appeared on The Bachelor, it was reported that she was the associate manager of community and content at Bliss Spa and Beauty Products.

Lacey Mark’s job experience also includes some time as an administrative assistant at Christine Valmy, as well as a three-month internship at VINTAGE by Jessica Liebeskind. Additionally, she worked as a PR and social media manager.

Currently, not much is known about Lacey Mark’s family other than pictures on her social media accounts. There are no details about her previous relationships either. However, if you take a look at Lacey Mark’s Instagram account, then you will see that the gorgeous woman uploads a lot of pictures with her family.

Her sister, Sammi Joy, keeps her Instagram account profile private. Since appearing on The Bachelor, Lacey Mark’s Instagram followers increased to 12.1k, and is sure to grow as things heat up in Paradise.