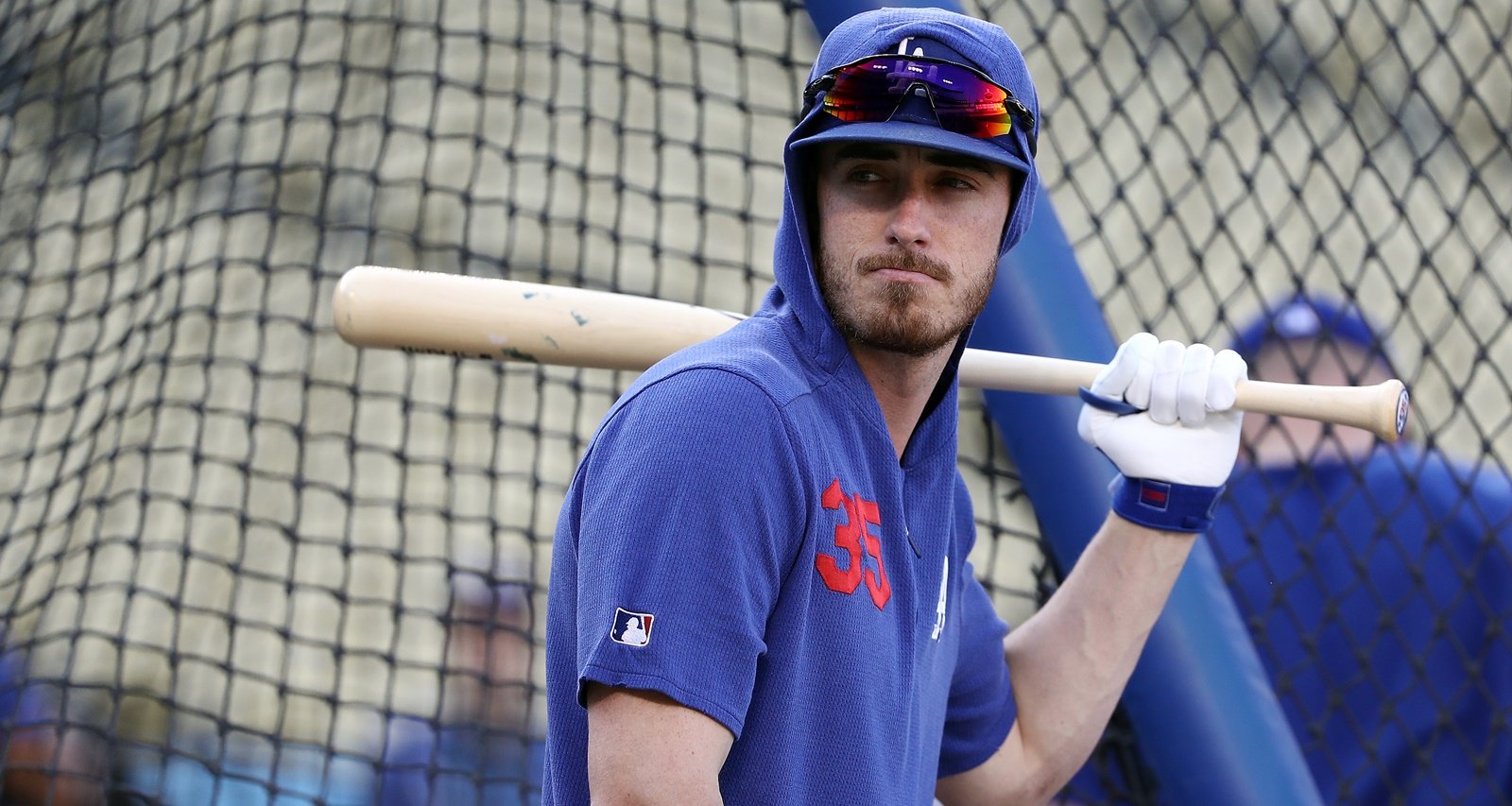 Cody Bellinger can add a “National League MVP” title to his list of 2019 honors, which also include the Golden Glove and Silver Slugger awards. A question on everyone’s mind now is whether the Los Angeles Dodgers slugger has a special someone to celebrate his achievements with. Bellinger’s love life is a popular topic among Dodgers nation, especially since he rarely discusses it publicly. Is there a lucky woman who gets to call herself Cody Bellinger’s wife or girlfriend? He’s been at the heart of several dating rumors, as you’ll see here.

One thing we can say for sure is that Cody James Bellinger isn’t married. And his dating life can certainly be somewhat mysterious, but that’s not so unusual for a 24-year-old!

Bellinger attended the Lose Angeles Dodgers Foundation’s 5th Anniversary Blue Diamond Gala at Dodger Stadium in June 2019 with a pretty date on his arm. The woman with him was identified as Sabrina Denham (also spelled DenHamm in some sources), a fellow Arizonian.

Denham hails from Chandler, while Bellinger is from Scottsdale. Some reports claim that they went to high school together.

Their red carpet date led to speculation that Bellinger had reconnected with his fellow high school alum, which ended up with them dating. However, there’s no indication that there’s actually anything romantic between them.

They haven’t been spotted together again, leading many to conclude that they might not be anything more than friends.

Denham graduated from Grand Canyon University in 2018 with a bachelor’s degree in psychology and minor in marketing. Since August, she has been working as a social media specialist for San Francisco Giants’ shortstop Brandon Crawford’s baseball camps.

The Dodgers star was rumored to be dating Texas native Melyssa Perez in 2017. The University of Texas graduate posted photos with Cody Bellinger after a Dodgers game, which led to a flurry of dating rumors.

TMZ reported that the two went on a couple of dates, and Bellinger even brought Perez to the field and hung out with her in the dugout. Dodgers fans spotted her at a few games. However, it seems that they didn’t make their relationship official beyond those few dates.

Until Bellinger stepped out with Sabrina Denham, the gossip mill was all about the NL MVP and Perez. However, there’s been a lack of sightings of them together, indicating that they are no longer seeing each other.

Perez’s Instagram activity shows that she has spent the majority of her time in Houston, where she’s making great strides in her law career. Most recently, she has been seen cheering for the Houston Astros at the World Series and the Houston Rockets.

In 2017, Bachelor alum Becca Tilley shared a picture of her with Cody Bellinger on her Instagram. And they seemed quite cozy with each other.

Not surprisingly, dating rumors involving the outfielder and the lifestyle blogger spun out of control. Bachelor Nation wondered if Tilley had moved on with the Dodger after her split from Bachelorette star Robert Graham.

It took Tilley herself to set the record straight that she was not dating Bellinger or anyone else at that time. “I’m not looking right now,” said Tilley, “I’m single and happy about it.”

That was in 2017. Now Tilley is in a relationship, and she’s keeping her man and their romance top-secret.