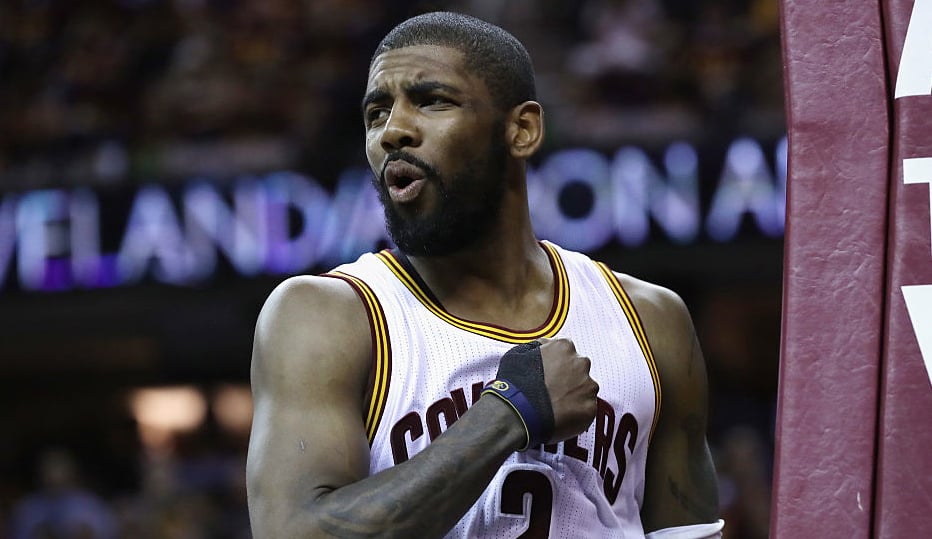 Who is Kyrie Irving dating? That’s one of the things fans want to know, ever since the Cleveland Cavaliers point guard made a comment about LaVar Ball and his expected NBA Playoffs game. Most sports fans know about Kyrie Irving’s ex-girlfriend, but others are still curious about the Cavaliers superstar’s personal life. Get more details here, and get a closer look at who could be Kyrie Irving’s girlfriend in 2017.

Who is Kyrie Irving’s Girlfriend?

Kyrie Irving’s dating timeline has been full of highs and lows, and now people are wondering who could be making the star point guard happy. Many may have forgotten, but Kyrie has a daughter named Azurie, with his ex-girlfriend Andrea Wilson.

“Azurie Elizabeth Irving, 35 hours of labor from her great mother and she came into the world to bring a shine to my world that I never thought was possible,” Irving wrote. “I love you so much, and my heart grew the first time I felt your heart against mine. Mommy, I gave her your name because I know you will bless her and our family the same way you blessed me. I love you.”

Kyrie has had to make some major compromises, having to make a deal with Wilson and come up with a custody arrangement. With the help of a mediator, Kyrie and Wilson were able to reach an agreement and kept the case in Texas, Wilson’s home state, where they are reportedly less generous with child support payments.

And let’s not forget Kyrie’s relationship with singer Khelani, which ended badly (like most of his love life). There were rumors that the then-20-year-old singer was cheating on Irving, who broke his silence sometime after the incident, in 2016.

“It’s been hard to see what’s been going on and not address the truth. I do not justify the picture or what dude did to try and spark all of this nonsense that could have been avoided, but Me and Kehlani were not dating when the picture came out. It’s unfortunate that it’s received so much attention but it’s become bigger because of a post that was misunderstood. Nothing but love and compassion over this way for her and her family. My only focus the Game I love to play every night. [sic]”

The picture in question involved rapper, PartyNextDoor and after all the backlash, Khelani tried to take her own life and credited her life being saved by the rapper, who was also her “first love.”

Khelani wrote: “I am severely utterly in love with my first love. Went thru a bad breakup and ended up easing into a relationship with a man who was one of my best friends. Tho we realized we both weren’t exactly at a time where we were prepared to do so. No I’m not a CHEATER, a THOT, im a BELIEVER IN FOLLOWING YOUR HEART and not LYING TO YOURSELF. …[sic]”

“Social media is the (expletive) devil. Go outside and play, you have your own lives to live that don’t revolve around ‘celebrities’ or ‘socialites’ who are simply trying to live their own lives like you.”

At the moment, Kyrie doesn’t seem to be dating anyone and is focused on winning the NBA Playoffs.

In recent news, Irving said LaVar Ball needs to step back form his son Lonzo’s career! Once again, the Balls are making headlines and LaVar’s big mouth is all you can hear. LaVar has made more headlines off the court than his son has made on it, so it’s no surprise that LaVar is giving himself some spotlight again!