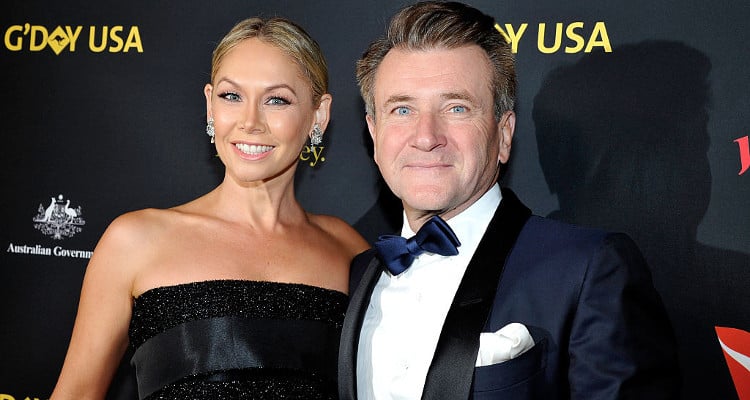 Two-time Mirrorball winner, Kym Johnson-Herjavec is back in the ballroom! The veteran pro is hoping to add one more sparkling trophy to her mantle with wrestler-turned-actor, Mr. T on Dancing with the Stars season 24.

Dancing with the Stars season 24 is bringing back our favorite pros! After a three-season hiatus, Kym Herjavec is back, and she’s going to put up a tough competition for the prized Mirrorball Trophy. Her star-partner, Mr. T, knows a thing or two about competition since he was a former pro-wrestler and an icon in pop culture. Now that Kym Herjavec made her Dancing with the Stars return, her fans are extremely excited. We’re sure you want to know more about this DWTS veteran, so we’re sharing it with you in our Kym Herjavec wiki.

A Young Prodigy in Dance

Kym Johnson from Sydney, Australia was already tapping her feet when she was just three years old. She began her formal ballroom journey when she was 13 and it didn’t take her long to excel at it. In 1998, she and her partner, Lithuanian Tomas Atkocevicius competed in the Australian Dancesport Championships in the Open Amateur Modern Ballroom and placed second.

They were finalists at Blackpool, the first and most prestigious ballroom competition in the world. She may have retired from competitive dancing in 2011, but her dance career was far from over. She joined the hugely successful live dance tour, Burn the Floor with her fellow DWTS castmates and danced in the film, Strictly Ballroom. She’s also got her own fitness DVD inspired by Latin ballroom. Her long dance career has earned her a net worth of $1 million. But some claim she’s richer now that she’s married to Shark Tank investor, Robert Herjavec.

little did we know back then that we'd be dancing together forever! Trust the timing of your life! #love pic.twitter.com/u5uuJGNyVG

Before she became famous in the U.S., the 40-year-old dance diva had already become a television fixture in Australia. She was a pro-partner on the Australian version of DWTS from seasons 1 to 3. In season 2, she and her partner, Tom Williams (a TV and radio personality) won the season. She also made a cameo in the finale of season 4.

Johnson later went from the ballroom to the wild in Australian Celebrity Survivor: Vanuatu. But she couldn’t adapt to the less-sparkly environment and was the first one voted out by her five tribe-mates, and herself! She’s one of the few Survivor contestants in the world to vote themselves out of the game.

In 2013, she participated in the Australian edition of Celebrity Apprentice, but was the fourth person to be fired. That same year, she returned to the Australian DWTS, but this time as a judge.

The Star-Pro of Dancing with the Stars

Johnson made her U.S. DWTS debut in season 3 with Jerry Springer and they were the seventh couple to be eliminated. Between seasons 11 and 12, she teamed up with Maksim Chmerkovskiy and Ashly DelGrosso-Costa for the fitness DVD, Dancing with the Stars: Cardio Dance.

She won her first Mirrorball in season 9 with Donny Osmond and her second win was in season 12 with former NFL player, Hines Ward. She took a break and returned to Australia after season 16, but made a comeback in season 20 with Shark Tank’s, Robert Herjavec. After another three-season gap, she’s returned to season 24 and is aiming for her third Mirrorball with Mr.T.

From Dance Partners to Life Partners

Businessman and TV personality, Robert Herjavec partnered with Kym Johnson in season 20 of DWTS. They didn’t go far in the competition, but their chemistry continued even off of the ballroom floor. Herjavec was married to Diane Plese at that time and the couple has two daughters and a son. They had separated before he began DWTS, but their divorce wasn’t finalized until much later.

Rumors of him cheating with his dance partner started floating when they were reportedly spotted kissing during rehearsals. Their intimate dance moves and palpable chemistry didn’t help the rumors. Johnson later confirmed in September 2015 that they were dating. Shortly after his divorce from Plese was finalized in 2016, he and Johnson did the cha cha down the aisle in July, 2016 at a grand wedding in Los Angeles.

Before Herjavec, Kym was engaged to the Australian cricketer, Shane Watson. But she ended that engagement and later dated her celeb partner from Australia’s DWTS, Tom Williams. She also partnered with another Shark, Mark Cuban on DWTS season 5.

Given Johnson’s history with her dance partners, Robert gets a little possessive. The millionaire entrepreneur revealed that he gave Mr. T a “talk.” “You know, last time [Kym] was on [Dancing with the Stars] she fell in love,” he said exclusively to Hollywood Life. “So, when I found out she was working with Mr. T, I had to have a talk with him. I went up to him and said ‘Hey! Just remember she’s a married woman. Don’t touch her or I’ll have to fight you,’” he quipped.

#tbt to the best day of my life ! Thanks @anthonyvazquezphotography for capturing this moment ! I will never know what I did to deserve you @robert_herjavec

Let’s not pity Robert for taking on Mr. T just yet. He’s totally a fan of Rocky III actor and is cheering excitedly for #TeamDancingFools. Watch the DWTS veteran (and the oldest male contestant this season!) burn up the ballroom floor on Dancing with the Stars, Mondays at 8:00 p.m. EST only on ABC.