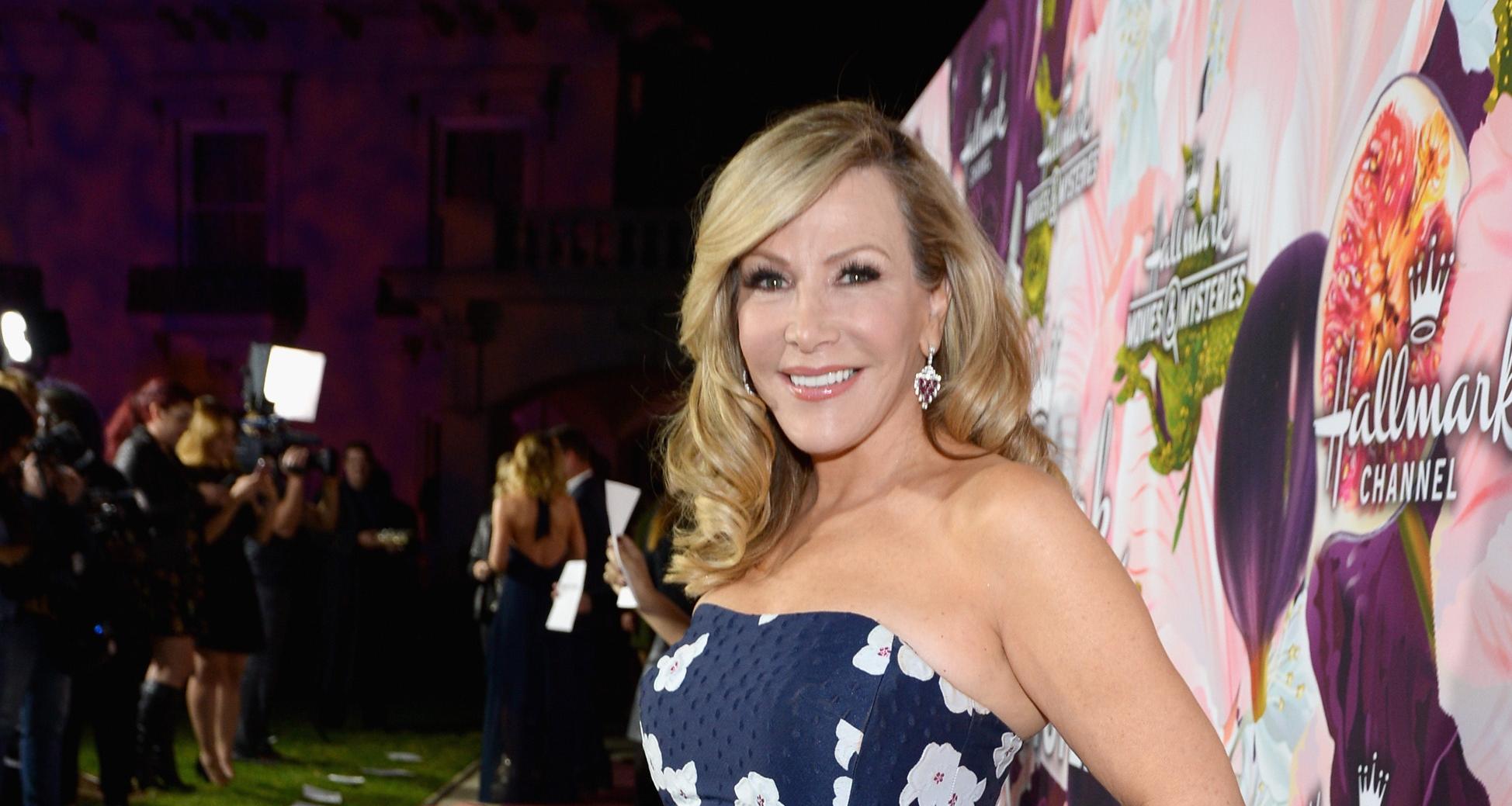 Kym Douglas started her career in radio at the age of 16 by working as an intern for a local station. She later acted in several TV series like The Bold and The Beautiful and L.A. Law. She then started giving beauty and lifestyle tips to women and became a regular fixture on shows like The Doctors and The Ellen DeGeneres Show, which earned her a large and loyal fan following. Douglas recently opened up about her battle with breast cancer and shared her experience with fans and well-wishers. She’s not facing this fight alone. She is married to soap actor Jerry Douglas and the two share a son named Hunter Douglas. Everyone is supporting Kym in her courageous battle with cancer.

People who regularly watch The Ellen DeGeneres Show would have definitely seen Kym Douglas as she appears on the show quite often to give beauty advice. She has also appeared on shows like The Doctors, Good Day LA, and The View. Her expertise in beauty is highly respected in the industry, and she is the go-to person for any questions people have on how to look good. Here are a few details from Kym Douglas’ wiki.

She Is a Multi-Talented Personality

Born on July 13, 1959, in Michigan, USA, Kym Douglas’ age is 59 years old. She is a beauty, fashion, and lifestyle expert, a television host, an actress, and a bestselling author to top it all off. She regularly contributes to magazines and publications all across the U.S., and she’s accumulated several monikers along the way, like “The MacGyver of Beauty,” “The Hollywood Beauty Go-to-Girl,” and “The Los Angeles Beauty Guru.”

Her birth name is Kymberly Bankier, but after her marriage to Jerry Douglas, she started using the name, Kym Douglas. There’s a very interesting story about how she met her husband and eventually married him, too. Kym was chosen to host the Jerry Lewis Muscular Dystrophy Telethon in Las Vegas, Nevada, in 1983, and Jerry Douglas was the telethon’s “celebrity host from L.A.”

Kym made the bold decision to ask Douglas if he would let her interview him so that she could take the story back to her small-town news station in Michigan. Douglas agreed, but on the condition that she would go out with him for dinner. Kym agreed, and their love story began. They married each other on April 6, 1985.

She Climbed the Ladder of Success Steadily

Kym Douglas was raised in Southfield, Michigan, and began working as an intern at a local station called WJBK in Southfield at the young age of 16. She later moved to Marquette, Michigan, where she worked as an evening news anchor for WLUC.

Douglas became famous for giving valuable tips on health and the latest lifestyle trends on a variety of TV programs like The Ellen DeGeneres Show and The Doctors. Her fame grew over time and today, hers is a name known all across America. She even received an Emmy Award nomination for her work on the TV show Home and Family that airs weekly on the Hallmark Channel.

Douglas Has a Simple Philosophy about Beauty

Douglas believes in a simple concept of beauty and lifestyle, which is that women should practice natural ways to make themselves beautiful and not rely on plastic surgery. Plastic surgery might work in the short run, but it’s also known to have harmful side effects in the long run.

She Has Written Several Bestselling Books

Douglas has also dabbled in acting in her long career. She has appeared in TV shows like The Bold and The Beautiful, L.A. Law, and In Living Color.

Douglas also has her own website “kymdouglas.com,” which gives her fans and customers expert advice on getting the perfect look and shine at public and private events. Thanks to the sale of her products, books, and her TV appearances, Douglas has a healthy net worth.

Douglas Is Not Related to Ellen DeGeneres

Douglas has appeared so many times on The Ellen DeGeneres Show and has such a close relationship with her that people often wonder if Kym Douglas is related to Ellen DeGeneres in any way. According to sources, they are not related but are really good friends with each other.

What Happened to Kym Douglas?

That’s one of the main reasons why Douglas spoke about her battle with cancer on DeGeneres’ show on October 18, 2018. The beauty expert revealed that she was diagnosed with stage zero cancer back in April 2018, and was undergoing chemotherapy to treat the disease. She was glad that the cancer was detected early and doctors were able to remove it with relative ease.

This day is a day I will always remember. It’s when God took something difficult and turned into something for good. Thank you @ultabeauty & @theellenshow you are my angels??. #faith #healing #God #laughter #love #son

However, just as the doctors were wrapping up her procedure, they discovered a 1.5 cm tumor underneath her tough breast tissue, close to her ribs and her heart. Douglas chose to undergo a double mastectomy to avoid any risk, and she told DeGeneres that she is all set to have her last chemotherapy treatment on October 22, 2018.

She Is Devoted to Her Children & Family

Today, Douglas is a proud mother to her 19-year-old son Hunter Douglas, who is studying business at USC. She is also stepmother to two of Jerry’s kids from his previous marriage. She is a devoted wife who tries to spend as much time as she can with her family despite her hectic work schedule.

Douglas Has a Steady Supply of Guinea Pigs!

Douglas often uses her kitchen as her “beauty lab,” where she creates her lotions and face masks with the things she has found in her cabinets. She uses her son Hunter and his football team friends as guinea pigs for her experiments.  You can regularly find six to seven kids sitting on the kitchen stools as Douglas is trying out her new beauty recipes on them.

“Health is wealth” and I sure appreciate that more than ever now! The way I stay on track with my busy schedule is eating right, exercising outside and taking my @serovital everyday. It helps with my skin, my sleep, more energy and my over all well being. I am going for a Sunday afternoon bike ride want to come? #reclaimyouryouth #agelessbeauty #serovital #grateful #health #wellness #faith #God #doeverythingyoucan #selfcare

Douglas is a friendly and social person who loves to share the latest happenings in her life with her friends and fans through social media. Kym Douglas’ Instagram account is full of pictures of her appearing on her shows, with her colleagues, her friends, her parents, and her beauty products. There are also many inspirational quotes and messages on her account.

Everybody Is Rooting for Kym Douglas

Hi Everyone, I love being a #fabfitfunpartner and YOU will not want to miss out the newest #fabfitfun FALL subscription box! It’s filled to brim with all kinds of beauty goodies like GLAMGLOW, Beautyblender & my favorite the Crownpro make up brushes w travel case. Just go to www. Fabfitfun.com and use my coupon code $10 Off KYM10 #fabfitfun #fabfitfunfallbox #kymdouglas #kymdouglasbeauty @fabfitfun

Douglas is fighting her battle with cancer with the full support of her family, friends, and fans, who want her to recover quickly and be back to giving them all the beauty tips they eagerly wait for. Douglas is one of the lucky few who seem to have balanced their responsibilities at work and home with equal success. With her knowledge, ability, and courage, Kym Douglas is an inspiring figure for many people.