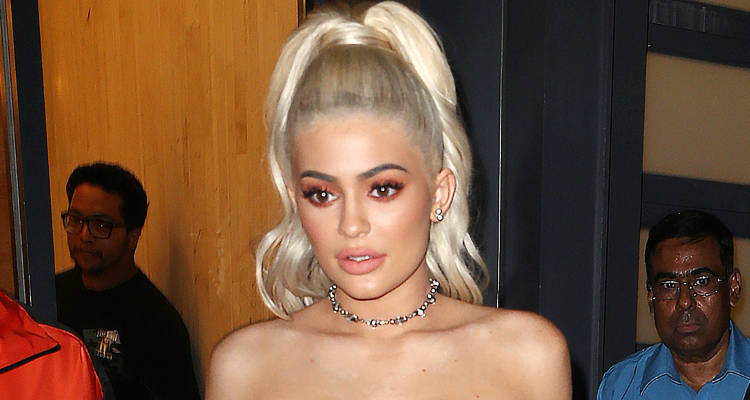 Every time Kylie Jenner sports a new ring, people start speculating that she is getting engaged to Tyga! Kylie Jenner and Tyga have been together for a while. They regularly hit night clubs and take off for vacations, where they let their hair down and have a good time, and all their snaps bear testimony to that. On Thursday night, Jenner was spotted at the Provocateur night club in New York, wearing a big, shiny new ring. But don’t start speculating just yet; it is just Kylie Jenner’s ‘promise’ ring. Many people are already wondering, “how much did the Kylie Jenner ring cost?” Don’t worry, we will give you the details right here.

Just a few weeks ago, Jenner was wearing another ring that sparked off rumors of her engagement. That turned out to be a false alarm. This time, before the whole thing snowballed into a huge wedding rumor, Jenner quickly cleared the air. She said that this new ring was not her engagement ring. It was her ‘promise’ ring given to her by her rapper boyfriend, Tyga. She said “If this is my promise ring, I wanna know what my engagement gonna look like!” In other words, while she is happy with this ring, she clearly anticipates more for her engagement ring. Poor Tyga! He better start saving his pennies.

Tyga is known to be financially reckless and a bit of a ‘spendthrift.’ However, if he has any dreams of walking down the aisle with Jenner, he better get a handle on his finances! The good news for him is that Kanye West has signed him on to his G.O.O.D. Music label. This means that Tyga’s music is going to be promoted and marketed in much better way. After all, West certainly knows a thing or two about generating publicity. As for how much did the ‘promise’ ring cost? We are sure that for Jenner it is priceless.

Song: Save Me by #NickiMinaj

Jenner herself is raising temperatures by wearing some really sexy clothing (but what else is new). The Internet is awash with pictures, where Kylie Jenner flashes major underboob! People are asking, “What is Kylie Jenner Snapchat?” Snapchat is the app Jenner uses to upload her short videos. Jenner’s Snapchat username is @KylizzleMyNizzi, so you too can now follow her video adventures on Snapchat. So, still your over beating heart because Jenner is not yet engaged to Tyga. However, the day it happens, we will be among the first to tell you!