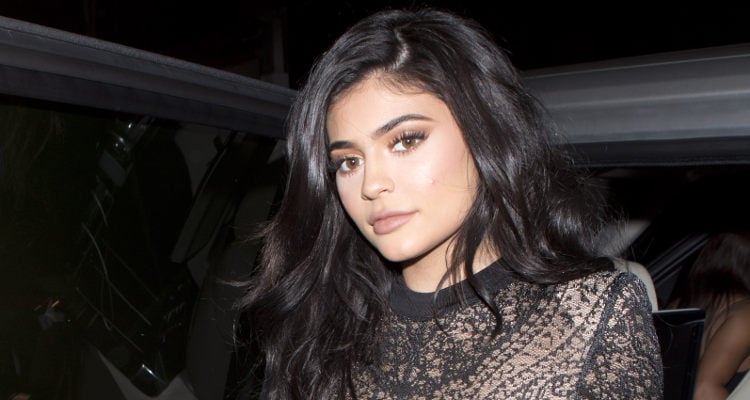 It is Kylie Jenner’s birthday today, and the Kardashian reality star turns 19 today (August 10). If you follow Kylie Jenner’s Instagram, then you must be aware about Kylie Jenner’s red hair. If you’re anything like us, then you are absolutely torn between loving it and hating it!

Yes, we all want to do something different for our birthday, but Kylie went a step ahead and has changed the color of her hair to one of the brightest, most vibrant colors we’ve seen on the classic brunette yet! Kylie Jenner with red hair doesn’t look awful by any means, the girl is so pretty that her hair could be turquoise and still look good -wait a minute, she rocked the turquoise mermaid look last year and even wowed all the naysayers! So, is this a permanent look for Kylie Jenner? Or is it just the latest in her color crazed hair phase?

Kylie Jenner has been a trendsetter for many teenagers out there, after all she even has her own brand of lip products. Kylie Jenner’s hair looks like she plans to captivate everybody’s attention with a bold, new color. Kylie Jenner flaunted her ruby red tresses, which were braided into cornrows on her Snapchat and Instagram account.

Kylie Jenner’s braids looked beautiful as she flaunted her hot new color for fans, which wouldn’t be surprising because she is already a huge of different colored wigs, ranging from mint green to ice blue. If you see Kylie Jenner’s before and after pics, you will see how amazing and different she looks in her new hair color. Again, we’re not sure the girl could look bad if she tried!

Since it is her birthday today, millions of fans have taken to social media to wish their beauty queen the best on her day. Kylie also showed-off the numerous gifts she has been receiving from her friends and family. Even her sisters and mother took to social media to send the 19-year-old reality star some birthday love!

Kylie Jenner first uploaded the picture of her new do on Snapchat, but she received both negative and positive comments about her new look. Some people were offended by the cornrows and posted messages on Twitter regarding that, too!

Nobody is really sure if Tyga would be attending her birthday because the 26-year-old rapper has found himself surrounded with trouble. A bench warrant has been issued against Tyga in connection with an unpaid judgment for more than $480,000! He had already received a warning regarding this in March, which he clearly did not pay any attention to.

Tyga was supposed to show up for a hearing related to the huge debt on Tuesday at a court in Santa Monica. However, he did not appear and Danny Abir, who is the lawyer of the firm representing the rapper’s ex-landlord, told sources that the amount for the warrant is $10,000.

The lawyer further added that the rapper was a no show when he was asked to appear in court to answer questions related to his cash flows, savings and other assets. Recently, for his girlfriend Kylie Jenner’s birthday, Tyga even purchased a Mercedes-Benz Maybach, that costs around $200,000!

Amidst this drama, we don’t know how Kylie will celebrate her birthday, with or without her rapper boyfriend, Tyga. What do you think of Kylie’s new hair color? Do you think she will keep it for long or just discard the look when she gets bored? Let us know your opinion about Kylie Jenner’s red hair in the comments section below. Also, since it is her birthday today, make sure to check out 10 hottest Kylie Jenner’s photos of all time!