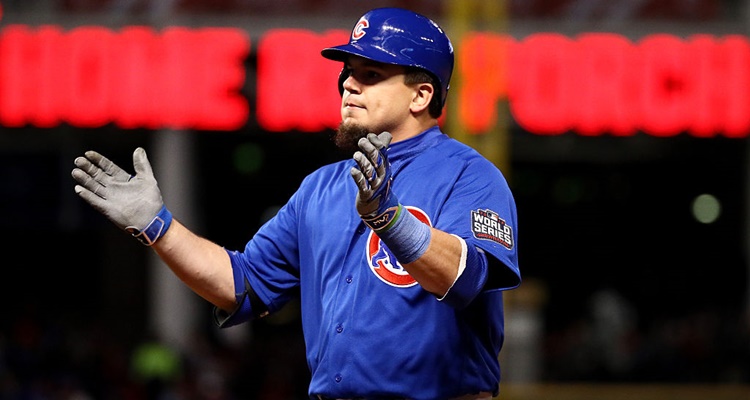 Outfielder Kyle Schwarber led the Chicago Cubs to a stunning 5-1 win over the Cleveland Indians on Wednesday’s (October 26) World Series game. Here is everything you need to know about Kyle Schwarber’s wiki.

The Chicago Cubs made history after winning their first World Series game since 1945. The cubs beat the Cleveland Indians 5-1, thanks to outfielder Kyle Schwarber’s spectacular return! In light of Kyle Schwarber’s recovery from two torn ligaments in his left knee, eager baseball fans are dying to know everything about Kyle Schwarber’s wiki, stats, contract, age, salary, and net worth. Here are four interesting facts to know about the Chicago Cubs left fielder and catcher:

#1. He Was Drafted by the Chicago Cubs in the First Round of the 2014 MLB Draft

Schwarber was signed on by the Chicago Cubs in the first round, and fourth overall, during the 2014 Major League Baseball draft. Kyle Schwarber’s net worth is estimated to be $1.0 million. He earns $522,000 annually, after signing a contract worth $3.125 million with the Chicago Cubs in 2014. Schwarber made his professional baseball debut with the minor league team, Boise Hawks.

The 23-year-old was quickly promoted to the major leagues in 2015, due to his excellent skills as an outfielder. Soon enough, the talented baseball player set a record with his fifth postseason home run, as well as the record for the most home runs in a single postseason by a player younger than 22. After hitting a double in Game 1 of the World Series, Schwarber added runs batted in (RBI) singles in the third and fifth innings of Game 2, to become the first player ever with more than three hits in the World Series, despite not having any in the regular season.

#2. He Suffered an Injury in an Outfield Collision with His Chicago Cubs Teammate

While Schwarber quickly rose up the ranks of professional baseball, his flourishing career was almost cut short by a grave leg injury. After playing only two games in this year’s season, Schwarber was forced to take a break from the sport in April, after getting injured in an outfield collision with his Chicago Cubs teammate, Dexter Fowler.

The unfortunate incident resulted in Schwarber tearing the anterior cruciate ligament in his left knee, and the lateral collateral ligament. While it was assumed that he would sit out for the entire baseball season, his surprisingly swift recovery was great for the Chicago Cubs, who had acquired Aroldis Chapman from the New York Yankees to replace their star baseball player temporarily. Luckily for the team, Kyle Schwarber’s stats were not negatively altered, as seen here:

#3. His Father is a Retired Police Chief

Baseball fans wanting to know more about Kyle Schwarber’s wiki should know that the Middletown, Ohio native was born on March 5, 1993. Not much is known about Kyle Schwarber’s family and early life. His mother is Donna Schwarber, and his father, Greg Shwarber, is a retired police chief. Kyle Schwarber also has three sisters. His uncle, Thomas Schwarber played college level baseball at Ohio State, and went on to play professional baseball for three seasons with the Detroit Tigers minor league team. 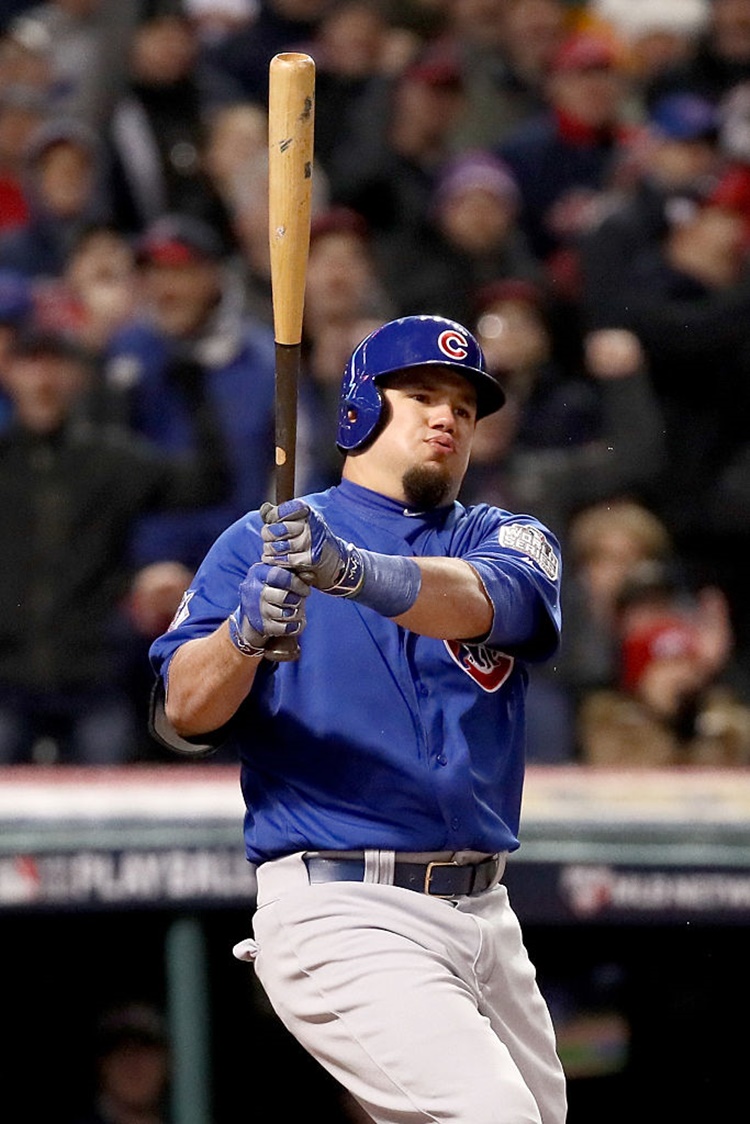 #4. He Played College Baseball for the Indiana Hoosiers

Shwarber attended Middletown High School, where he hit .408 with 18 home runs and 103 runs batted in. After graduating from high school, Schwarber enrolled at Indiana University, where he was named the freshman All-American by major publications like Louisville Slugger and Collegiate Baseball Newspaper. Subsequently, he was named a first-team All-American by the National Collegiate Baseball Writers Association(NCBWA). Schwarber was also a finalist for the prestigious Johnny Bench Award, to honor college baseball’s top catcher.