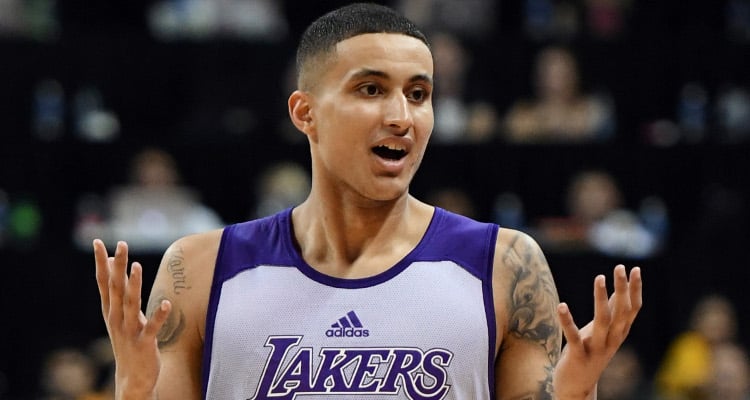 Kyle Kuzma’s talent shone bright at the Lakers’ game against the Portland Trail Blazers, and now, everyone and their mother wants to know more about him! From his early life to his stats and his career in the NBA, here is everything you need to know about him in our Kyle Kuzma wiki.

Born on July 24, 1995 in Flint, Michigan, Kyle Kuzma’s age is 21. He stands tall at 6’9” and is a rookie for the Los Angeles Lakers. From a young age, Kuzma played basketball with his friends. He attended Bentley High School in Michigan before transferring to Rise Academy in Philadelphia. In 2013, Kuzma enrolled at the University of Utah.

He described growing up in his hometown, “as a really violent place and there’s a lot of temptation to get into the streets.” However, Kuzma saw basketball as a “safe haven.” Whenever he felt low or was faced with adversity, playing basketball would help lift his spirits.

Kyle Kuzma’s parents are the reason he started playing basketball. They put a small Fisher-Price basketball rim in the living room for him when he was only two years old, thus igniting his passion. Growing up, he dreamt of becoming an NBA player, and his dreams are finally a reality.

Although Kuzma received a lot of offers from other universities, he made his decision because, “Utah was there from the beginning. They saw when I played against a kid that signed with them and told me they loved the way I played and would keep an eye on me, so when offers were being made, I chose to stick with Utah because they noticed me when no-one else did.” However, he could not play in his first year because he signed late. Kuzma’s basketball career has since taken off, and he was granted the 2017 All-Pac-12 First Team Honors. At the end of the 2016-17 season, he announced his decision to enter the 2017 NBA draft instead of finishing his senior year. 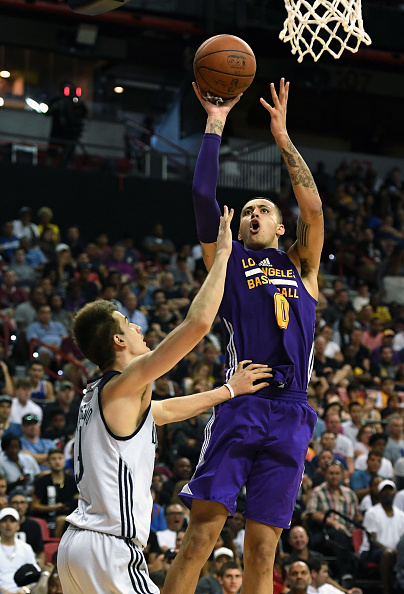 Kyle Kuzma’s dream of playing in the NBA came true on June 22, 2017, when he was picked as the 27th overall in the NBA draft by the Brooklyn Nets. That same day, he and Brook Lopez were traded to the Los Angeles Lakers for Timofey Mozgov and D’Angelo Russell. On July 3, 2017, he signed a rookie contract with the Lakers.

Kuzma gave the Lakers their money’s worth during the Las Vegas Summer League finals. He had 10 rebounds and 30 points, leading the Lakers to a victory against the Portland Trail Blazers. About his gameplay, Kuzma said, “You’re going to have people that are high on you one day and low on you the next,” further adding, “For me, it’s just to stay levelheaded and stay working.”