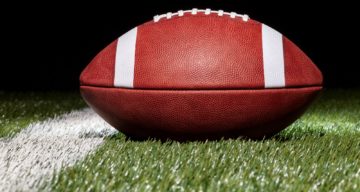 Kyle Hamilton, who signed his rookie contract with the Baltimore Ravens in 2022, has all the makings to become a dependable safety for years to come. So it’s only natural for people to be curious about his private life. Fortunately, the football player is quite open about his relationship status with his childhood sweetheart. Kyle Hamilton’s girlfriend, Reese Damm, was with him since high school. While celebrating his pick in the 2022 NFL draft, the duo caught the limelight with their special handshake. Get to know the full background of the NFL WAG in this Reese Damm wiki.

Reese Damm was born on September 3, 2000, to Paul and Meredith Damm in Atlanta, Georgia. Her dad is the vice president of MRP Capital Investments, an investment advisory firm in Atlanta. He is also a former basketball player at Emory University and coaches at Northside Youth Organization (NYO).

Meanwhile, her mom works as managing director and practice leader at Hancock Askew Advisors, which offers accounting and consulting services.

Reese Damm also has a younger brother, Quinn Damm, a graduate of Marist High School. He is a basketball player committed to the Sewanee Tigers basketball team at The University in the South.

Kyle Hamilton’s girlfriend, Reese Damm, graduated from Marist High School in 2019. Following her father’s footsteps, she also played basketball for the school’s women’s varsity basketball team in the 2017–2018 season. She also won the James Armstrong Player of the Year Award in 2014.

Damm was also a track and field player with a personal best of 13.86 seconds in 100 meters outdoors and 28.92 seconds in 200 meters outdoors. She studied at the University of South Carolina and was on the Spring 2022 Dean’s Honor List. She is also a member of the Kappa Delta sorority at the university.

Furthermore, Damm is also a musician. She released an extended play, Prosperous, in 2018, while her album Two Sides was released in 2020 and had a total of five songs. Some of her top songs are “I Want You,” “Down for You,” Speak My Mind,” “Breathe,” and “Maybe I Deserve.”

The talented WAG has also modeled for the clothing brand KOCH.

Based on their Instagram posts, Hamilton and Damm had been together for some time and went to the same high school, Marist High School. The couple shared their first post in 2016, with a picture of their high school homecoming. After that, they shared many posts about each other on social media.

The WAG visited her boyfriend in 2019 at Notre Dame, where he was attending college. In 2020, Damm uploaded a picture of Hamilton carrying her on his back with the caption, “Look who finally made it home.” And she even referred to him as the “greatest Valentine” on Instagram in 2021.

During the 2022 NFL draft, the couple’s unique handshake went viral, making them the talk of the town. Later, the NFL player said in a podcast that they have been doing that special handshake since they were sophomores in high school.