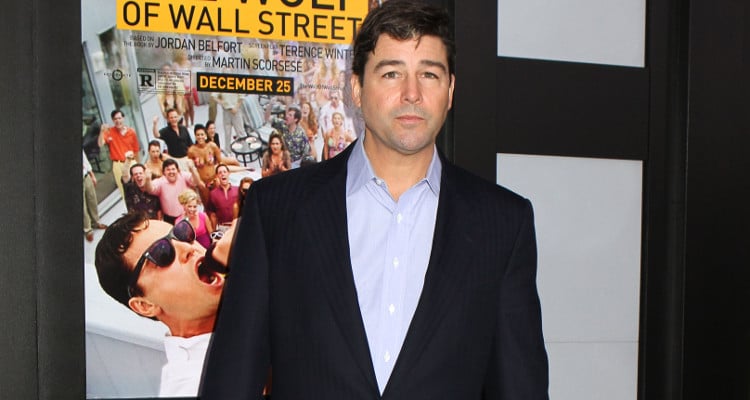 Award functions are probably one of the most exciting aspects of the Hollywood industry, because you don’t just get to see the beautiful Hollywood celebrities all dressed up, but you also get to see who is nominated and who wins the coveted awards. For the second consecutive year, Kyle Chandler has been nominated for the Lead Actor for Netflix’s famous series, Bloodline.

For those of you who don’t know who Kyle Chandler is, he is an American television and film actor, famous for his role on Early Edition and Friday Night Lights. If you are looking up the Internet for Kyle Chandler’s wiki, then you have hit the jackpot, because we will provide you with the all the information about him right here!

Kyle Martin Chandler was born on September 17, 1965 in Buffalo, New York. He is the youngest child of Edward Chandler, who was a pharmaceutical sales representative and his wife, Sally Jeanette Chandler, who was a dog breeder. He belongs to the English, Irish, and German heritage. His siblings helped him with his southern accents for his TV shows, Bloodline and Friday Night Lights.

For the first eleven years of his life, Chandler stayed near Chicago, Illinois. Later on, his family moved to Loganville, Georgia. Chandler was a part of the State championship football team during his school days, however, he left the team following his father’s death, which was due to heart attack. After he left the football team, he participated in the theater program in his school.

After he completed his high school, he attended the University of Georgia and majored in drama. He was also a part of the 1984 Sigma Nu Fraternity. Chandler did not finish his bachelor’s degree and decided to drop out of college to further pursue his television acting career.

Really hope Kyle gets to portray Cable in Deadpool. It would be something really different but a role I would love to see! #KyleChandler #Deadpool

The year 1988 was the luckiest year for Chandler, as that is when his acting career officially began. Chandler has had a hand in several major films including, Pure Country, The Color of Evening, Angel’s Dance, King Kong, The Kingdom, The Day the Earth Stood Still, Argo, Super 8, Zero Dark Thirty, Broken City, The Spectacular Now, The Wolf of Wall Street, Manchester by the Sea, Carol, and Sidney Hall.

Chandler moved to Los Angeles in the late ’80s when his acting career began. Since the year 2007, Chandler moved to a 33-acre land, in Dripping Springs, Texas, located Southwest of Austin. He shifted to this place with his family and they own many dogs and donkeys.

Chandler’s mother moved with his family during the later part of her life. She was suffering from Alzheimer’s disease and passed away in the year 2014. He married to his wife Kathryn in the year 1995 and the couple have two daughters together, Sydney and Sawyer. His daughter, Sawyer actively participates with her father to put an end to the practice of shark finning.

Congratulations on the Emmy nomination, Kyle! You deserve it so much????❤️ #KyleChandler #Bloodline

Like other actors, he is also heavily paid for endorsements and advertisements. He earns approximately $130,719 due to sponsorship. Let’s take a look at how much he has earned from some of his movies.