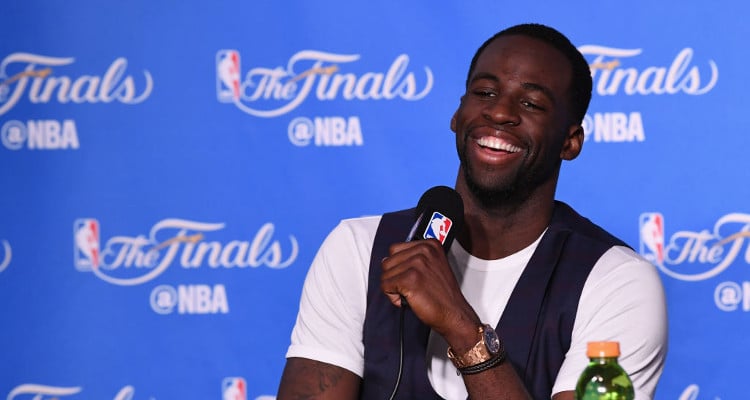 Draymond Green became more serious and responsible after the arrival of his daughter, Kyla Green, and son, Draymond Jamal Green. Today, he has a net worth of over $2.0 million and his team just won the 2017 NBA championships. For Green, life couldn’t get better!

Draymond Green is over the moon after he and the Golden State Warriors won the 2017 NBA championship. However, there is something else that makes him even happier every day: Being a good father to his two children. Draymond Green’s daughter’s name is Kyla Green and his son’s name is Draymond Jamal Green. Green’s children are the reason why the basketball player is so motivated and good at his game. He strives hard to play better and raise his children as best he can, with able support from their mother, Jelissa Hardy.

Green’s happiness knew no bounds when he became the proud father of his son last year, just a few days before Christmas. The star forward from the Warriors took to Instagram to officially announce the birth of his son. Green captioned the post, “Family is such an important part of my life and to welcome a kid into this world is a dream come true.” He also appreciated his girlfriend by writing, “You were a soldier, and I appreciate you more than you will ever know.” His daughter Kyla also got a shout-out with Green writing, “My baby girl Kyla was there and slept through the entire thing, but she was also a soldier through the whole process and will be a great big sister.”

Green has become a father to Kyla, Jelissa Hardy’s daughter from a previous relationship. Hardy had Kyla when she was just 20 years old and still in college. Though she had dreams of becoming a model, Hardy put them on hold so that she could focus on her daughter and her education. However, things worked out for the better after Green came into her life. Now, the couple are very hands-on parents to their children and want only the best for them. Green’s children have forced him to get serious about his life and start settling down.

The Miracle of Responsibility

Before the arrival of Draymond Green’s son and daughter, the basketball player had a very different off-court life and did not have much money. In 2012, he lived in a modest apartment and said, “I’ve been pretty broke my entire life. I’m not going to live that same life, but I‘m going to keep those same principles.” Today, Green has a net worth of over $2.0 million and with the way he is playing, it is sure to increase, especially now that his team won the 2017 NBA Finals! That’s what growing up and taking responsibility does to a person. Green found something really important in his life and is working to support his family through his successful NBA career. He is giving his full attention to his kids and has become an indispensable part of the Warriors.