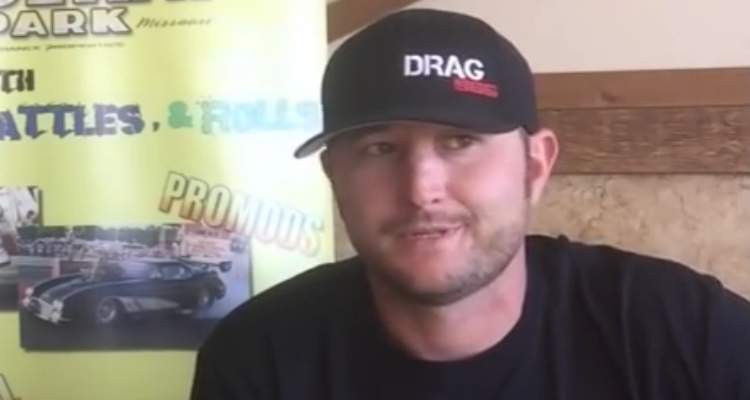 With the NBA Awards stealing the spotlight on Monday, many may have forgotten about Discovery Channel’s Street Outlaws: New Orleans premiere! Now that the show is gaining more and more popularity, fans want to know more about Kye Kelley and Kye Kelley’s wife. We’ve got all the details you need, right here in our Kye Kelley wiki!

Kye Kelley’s hometown is in Mississippi and it was the kind of small town that only had one red light, according to Drag Illustrated. The town didn’t even have a Wal-Mart! But that didn’t matter because since Kelley was 14 years old, he had a love for cars and street racing and that’s what kept him busy in that one horse town of his.

“There was an old black guy down the road from my house named Otis, and everyone would meet up there on Sundays. We’d have 50 or 60 people out in the yard, boiling peanuts, racing, and hanging out,” Kelley told Drag Illustrated.

Kelley graduated high school with a partial scholarship to attend junior college but didn’t have enough money to finish his education. Instead, he dove head first into the workforce as he thought he would never amount to anything.

“Going from that to the whole United States knowing my name is awesome, but I never thought in a million years that it would happen, and I’m putting my whole heart into making it work,” he continued.

What does Kye Kelley do for a living? If you have to ask, then you’re obviously not a fan of the show! Kelley races cars for a living and that’s how he makes his money, if he wins, of course. He obviously also makes money from being on the show—but let’s face it, Kelley loves to win and there’s no greater rush to a competitive person than the sweet smell of victory. The Street Outlaws franchise has been Kelley’s bread and butter for years and he’s not about to stop now. On last night’s episode, Kelley went up against his old friend (Scott Taylor) for the top spot, but Kelley’s car caught on fire! Kelley also asked three new drivers if they wanted to try out for the top five big-tire list, a decision not everyone agreed with.

The best feeling is knowing you have a best friend by your side that you know you get to love, share good times with and be there though the tough times. Thank you for always making me smile ❤️?

For those who may not know, Kelley has been married before, to a woman named Alisa Mote. The exes were sweethearts since they were young, but divorced last year. They have a daughter together (and Kye’s second child) named Kenadeigh Alexa Kelley. There isn’t very much public information on Mote as she leads a very private life, unlike her ex-husband (most of the time).

Also Read: Did Big Chief Get Divorced or Is He Still Married?

Now, Kelley’s girlfriend is fellow racer, Lizzy Musi. If you’re looking for Kye Kelley’s Instagram, he doesn’t have one but you can find pics of him on Musi’s account. Her family owns the Musi Racing Engines shop and her father is Pat Musi, a name that still means something to racers.

Another pic taken by Jessica! @jmilphoto makeup by: @jennylemua thanks guys for a fun shoot! @simpsonraceproducts #pro #nitrous #musi #racing

Celebrity Wiki
Who Is Midwin Charles? Bio, Family, Career of the Haitian Legal Analyst on CNN

Celebrity Wiki
Who Is Malki Means King? Facts about the Hip-Hop Star on TikTok
Advertisement