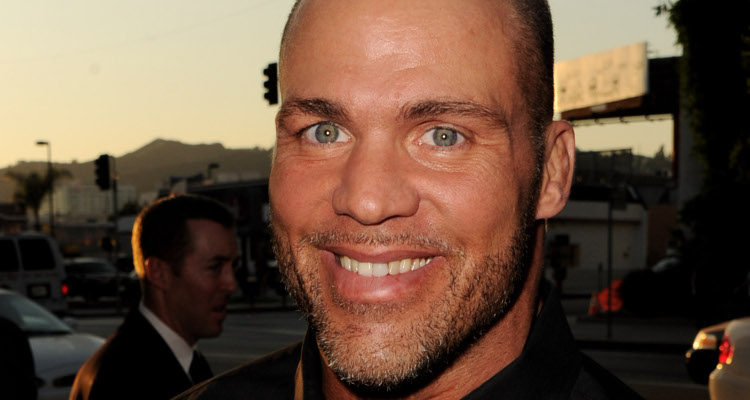 Kurt Angle revealed a big secret on Monday’s episode of WWE RAW. If you want to find out more about the wrester’s kids, then take a look at Kurt Angle’s wiki.

Born on December 9, 1968, Kurt Angle’s age is 48. He was born in Mt. Lebanon Township, Pennsylvania to David and Jackie Angle, and has four older brothers: David, Mark, Johnny, and Eric, who is also a wrestler. He also had a sister, Le’Anne, who passed away in 2003 from a heroin overdose. Angle’s father was a crane operator, who died in a construction accident when Angle was 16. In 2015, Angle’s mother died after a long battle with cancer. In 1993, he graduated with a degree in education from Clarion University of Pennsylvania.

Wonderful Afternoon with my kids, Kyra and Sophia. #lovemykids

After his divorce, Angle started dating actress Giovanna Yannotti. The two met on the set of End Game, that was released in 2009. When Yannotti met Angle, she had no idea who he was. In an interview, she said, “Through his rough times, I kept coming over his house and I kept checking on him, he didn’t really want to leave the house, and I always kept coming over, and we watched movies for weeks. I was just always there for him.”

In 2010, the pair were engaged and in 2011, they welcomed their first child together, a daughter named Giuliana Marie Angle. The couple got married on July 20, 2012, and their second daughter, Sophia Laine Angle, was born on December 31, 2012. Their third daughter, Nikoletta Sky Angle, was born on November 5, 2016.

On Monday’s episode of WWE Raw, Angle revealed that when he was in college, the girl he was dating got pregnant, and he only recently found out that he fathered her child. His son is none other than Jason Jordan of American Alpha. However, it could just be a storyline to be used as Jordan’s introduction to Raw.

Kurt Angle’s net worth is estimated to be $25.0 million.

Currently, he is the on-screen general manager for the Raw brand. In 1996, Angle made his first appearance at a professional wrestling event, and had his in-ring debut in 1999. He won a gold medal at the 1996 Summer Olympics. His wresting career won him several honors, including the 1987 Pennsylvania State Wrestling Championship during the senior year of high school. He went on to win two Division 1 wrestling championships in college, and the 1988 USA International Federation of Associated Wrestling Styles Junior World Freestyle championship.

After graduating, during the 1992 World Cup, Angle won a bronze medal, and won silver at the 1995 World Cup. At the 1995 World Championships, he took home a gold medal. In 1998, Angle started wrestling for the WWF (now WWE) and went on to win several titles. In 2006, he joined Total Nonstop Action Wrestling and was a part of the Japan Pro Wrestling League for two years.

In January 2017, WWE announced that Angle would be inducted into the WWE Hall of Fame. Besides his wrestling career, he also appeared in several films such as Dylan Dog: Dead of Night, River of Darkness, Warrior, Death from Above, Pain & Gain, Pro Wrestlers vs. Zombies, Sharknado 2: The Second One, and The Last Witch Hunter.