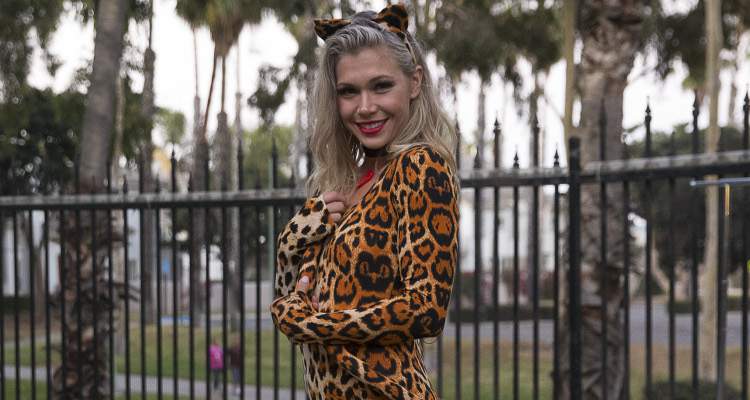 Move over Chelsea! You’re no longer the villain of The Bachelor season 22. Krystal is getting under the skin of the ladies on The Bachelor and fans can’t wait for her to go home. But when? Check out spoilers from The Bachelor 2018 here.

We never thought there would be a time on The Bachelor where we would appreciate Corinne Olympios. The woman should get the Nobel Prize in Literature for contributing “re-interrupting” to the English language.

Krystal Nielson stole the title of Bachelor villain not just from Chelsea, but also Corinne. Krystal has been drumming up so much drama this week that Twitterverse just wants her to go home. But when will Krystal go home? Are her days in the Bachelor mansion numbered? We’ve got the scoop here.

This week on The Bachelor, romance went to all new heights. We’re talking about eating worms and drinking make-believe pee. Apparently, when The Bachelor gang is in a place as beautiful as Lake Tahoe, they don’t do mainstream.

Krystal, Chelsea, Becca, Marikh, Ashley, Jacqueline, Jenna, Tia, Kendall, Lauren, Brittany, and Caroline head into the wilderness of Lake Tahoe for the group date. There they meet a retired green beret combat commander and his wife, who are going to teach Arie and the ladies necessary survival skills that are virtually unnecessary.

The first lesson in Survival 101 is drinking your own pee. Arie traumatizes everyone by pretending to gulp down a thermos full of urine. We can’t tell you how relieved we were when he revealed that it was only apple juice. That doesn’t stop Jacqueline from professing her undying love by offering to really drink her own pee. No, honey. That won’t be necessary.

Then they move on to some grub, quite literally. The survival couple dig out a wriggling colony of live worms (which we believe the producers put there on purpose), and the reactions were spontaneous.

There was the expected screaming, but kudos to Tia’s guts of steel: She doesn’t even flinch as she swallows a worm like it’s cold noodles! Even Arie can’t keep the face he had while drinking pee/apple juice as he swallows the worm.

I took last seasons girls for granted. I thought I hated Corrine. I obviously didn’t know how bad life could be with Krystal #TheBachelor

During this icky date, one person stood away from the group, glowering at the other ladies. Krystal, who in her mind thinks she won, doesn’t believe in going the extra mile and offering to eat worms for Arie.

Yet she’s jealous that the other ladies can snag Arie’s attention by doing so. She declares that this date is not on her level. Translation: this group date is beneath her! And she’s not happy that Kendall gets to kiss Arie, either.

Krystal just asked if this is real life. Who’s going to tell her? #TheBachelor

Moving on, they divide into teams and look for supplies for the “Oasis” which is of course, in true Bachelor fashion, a hot tub. This is apparently on Krystal’s level because now she’s upfront in monopolizing Arie. He puts his arm around her in high school fashion, and you can tell that he’s flattered by all the attention from Krystal.

Now that he’s got his eyes on her (momentarily), she wants to tell him that she doesn’t like him paying too much attention to the other girls. If only she can phrase it without sounding too rude! That gives us Krystal’s golden quote of the week: “Whatever I do, I have a feeling it’s going to be perfect.”

What I have to tell myself every time after sitting through Krystal speak #TheBachelor pic.twitter.com/S9zEgeOKD6

While the other ladies enjoy their one-on-one, Krystal was being Krystal. She established in Week 2 that she’s going to be the last woman standing (Reality Steve says otherwise) and the other ladies are wasting their time. While her confidence is unwavering as always, she starts starting to panic.

So she tries to have a heart-to-heart with the other ladies about how she’s feeling challenged (read: threatened/jealous/intimidated) because her dates have always been intimate. Plus, it’s a numbers game here: There’s just one guy and too many ladies. (Here’s where the other ladies roll their eyes and think “well, duh!”)

“When her mouth opens my face goes…” #TheBachelor pic.twitter.com/CAFccamz2G

Then comes the point where Bachelor Nation just wishes she’d stop talking. In her one-on-one with Arie, she cries about being the clear frontrunner and says that it put a target on her back. So now she’s ostracized and judged by the other girls. It’s basically the “I can’t help being popular” speech, during which she takes a moment to make sure the camera has her best angle.

Once she’s away from Arie, Krystal’s tears evaporate, and she gets in Tia’s and Caroline’s faces. But Tia is so done with Krystal’s superior act that she calls her out for playing the victim card.

At the end of the night, Tia’s one-on-one time gets her the rose and Krystal implodes. Fast forward to after Bekah M.’s one-on-one date (which goes smoothly regardless of the age hype) where Arie is about to start the Rose Ceremony.

Man, I know I stuck up for Krystal like an episode and a half ago but I’m about to jump ship here. Don’t try to stop me. #thebachelor

But Krystal interrupts and steals him much to everyone’s horror. At this point, the ladies know Miss Popular is desperate. So after Krystal tells Arie that she’s very serious about this televised love quest, Arie moves ahead with the Rose Ceremony. At the end of the episode, we bid goodbye to Brittany and Caroline.

Bachelor Nation to Krystal: We hate your voice.

Krystal lives to get on everyone’s nerves for another week. But for how long? The other ladies don’t like her very much, and Bachelor Nation is so done with her. If history repeats itself, this Bachelor villainess is going home soon. But not before the producers pit her and another rival on a dreaded two-on-one date.

In the meantime, enjoy Krystal’s shenanigans on The Bachelor, every Monday at 8:00 p.m. EST on ABC.

Krystal had to stay because we need that spectacular 2 on 1 where someone gets their ass left on an island or in the forest. #TheBachelor