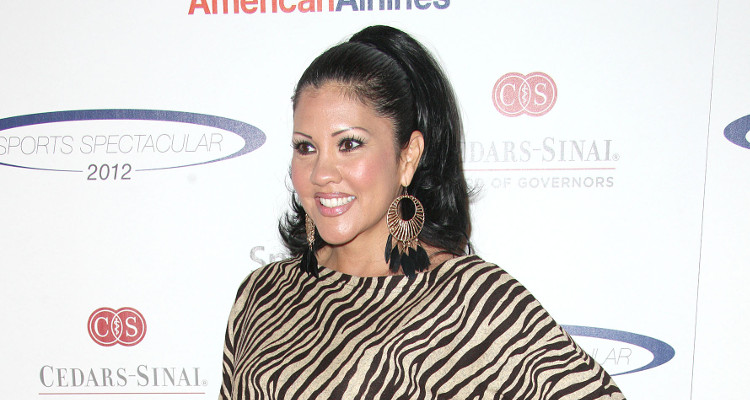 In a shocking revelation, The Young & the Restless star Kristoff St. John was hospitalized for psychiatric treatment. The soap opera star allegedly sent his ex photos of himself with a gun to his head, threatening to kill himself. Mia St. John who was married to the star until 1995, confirmed that was not the one who received the photos. Read on for more in our Mia St. John wiki.

For Kristoff St. John’s ex-wife witnessed the couple’s son go through mental illness before taking his life in 2014. Now, Mia St. John was named as the recipient of disturbing images of her ex-husband allegedly threatening to kill himself. After the boxer denied that she was the ex who received the photos, people still want to find out who he sent the pictures to. For more about Kristoff St. Jon’s ex-wife, keep reading our Mia St. John wiki.

Who Is Mia St. John?

Mia Rosales St. John was born on June 24, 1967, in San Francisco, California, with a family background that leads back to Zacatecas, Mexico. She went to CSU in Northridge, where she graduated with a psychology degree. She did not think about taking up professional boxing until the age of 29. But she was sure that she wanted to become a fighter, and went on to master the art of taekwondo, even receiving a black belt.

St. John worked as a model before taking up boxing professionally.. She was married to Kristoff St. John between 1991 and 1995, and the couple had two children: Julian, who was born before they tied the know, and Paris, who was born a year after their wedding.

In 1997, St. John had her first bout, and proved right then and there that she someone to watch out for. She knocked out Angelica Villain in 54 seconds, quickly earning the name, The Knockout. The boxer was first managed by Art Lovett, who helped her get on the undercard for the Oscar De La Hoya fights with Top Rank agency. St. John had an impressive 22 wins out of 23 fights, with one draw. Her almost perfect record made her one of the most watched fighters on TV.

An Accident That Could Have Amputated Her

After a streak of wins, she was called the Queen of the Four-Rounders. However, after an unfortunate skiing accident, St. John  almost lost her leg to a blood clot, and underwent two surgeries. Once she returned to the ring, she did not renew her contract with Top Rank, and became her own manager.

But after her loss to Rolanda Andrews in a TKO, she turned to Eduardo and Roberto Garcia for the right kind of training with a greater focus on her footwork. Under the duo, St. John won her next four bouts, one with a TKO. The fight between Christy Martin and Mia St. John had fans predicting that the Queen of the Four-Rounders would not make it past the first round. But though she eventually lost, St. John gave the champ a run for her money, fighting for all 10 rounds.

From then on, there was no stopping Mia St. John, who faced and eventually beat Liz Drew next. Since that was a title match, she became the proud title holder of the International Female’s Boxers Association. Mia St. John fought across the globe, and one of her hardest wins was in her mother’s homeland, Mexico. She became the WBC international boxing champion by the time she was 40 and, in 2008, proudly received the outstanding achievement award for her role in sports and humanitarianism by the Governor of Zacatecas.

Knocking out Illness and Addiction

She also received the WBC Goodwill Ambassador award in 2008, after which St. John took to humanitarian efforts. Joined by L.A. Laker Ron Artest in 2010, the duo helped raise funds for mental health care therapists in schools. She also speaks at juvenile centers and schools about overcoming the affects of addiction and mental illness. Mia St. John’s son, Julian was diagnosed with schizophrenia when he was 18, and in 2014, took his own life when he was just 24. It was reported that the boxer suffered from OCD.

Mia St. John’s Instagram posts show off her relationship with a cosmetic dentist who was former L.A. Lakers doctor, Laurence R. Rifkin. Though there is no confirmation that the duo got married, we sure know they are happily in love!