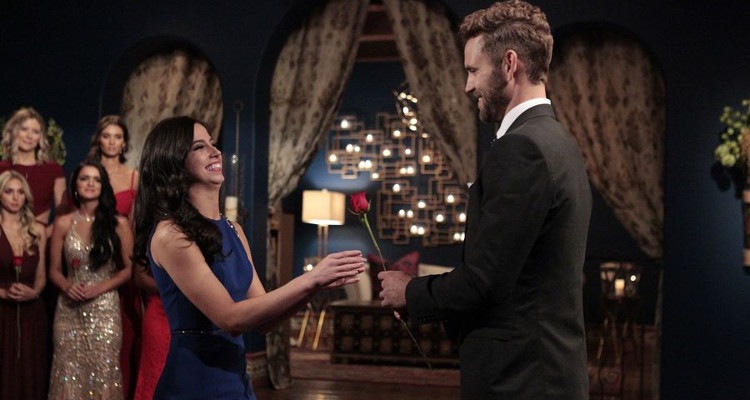 Kristina Schulman is a dental hygienist by profession and her appearance on The Bachelor has won her many fans. Even though she was born in Russia, she was adopted by an American family. However, there are not many details are available about them.

The Bachelor 2017 cast is an ensemble of stunning and beautiful women. These contestants are all trying to win Nick Viall’s heart, with the hope of becoming his bride. One woman who is garnering a lot of attention is the 24-year old dental hygienist from Kentucky, Kristina Schulman. Even though she was born in Russia, Kristina from The Bachelor‘s family is American. The people who raised her are her adoptive parents and the ones that Schulman admires the most in the world.

The Courage to Care

Her Biological Mother was an Alcoholic

Kristina from The Bachelor’s mother was an alcoholic. Schulman says about her biological mother that, “I’d like to know what she was going through when I was young and if choosing alcohol over kids was worth it.” It seems that there is a shadowy story about Schulman’s mother and her childhood. Details about these might be revealed as season 21 of The Bachelor progresses.

Kristina Schulman’s Instagram account is full of pictures with her friends. Surprisingly, there are no pictures of her siblings, though there is one picture of Schulman and her niece.

So far, Schulman is something of a mystery. It is likely that details about her family will be available as the show progresses. If Nick Viall decides to keep her around, we might even get the chance to meet her family on camera. In the meantime, Schulman is ready to battle it out with the rest of the contestants to win Viall’s heart! Watch out for Kristina Schulman who has already captivated viewers, and possibly Nick Viall.