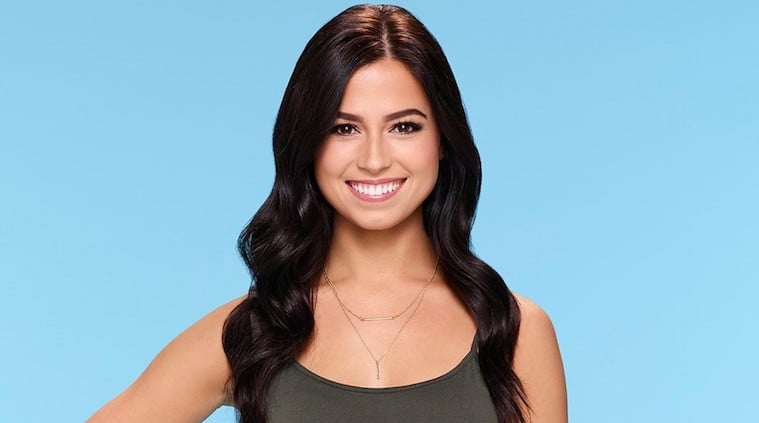 It looks like your Mondays just got better! Now that a new season of The Bachelor is back, there’s more drama and romance to be seen, and we want to give you a look at some of the contestants that have already become fan favorites. That brings us to Kristina, The Bachelor cast member that many are dying to know more about!

All your questions will be answered and before you know it, you will be a pro in all things Kristina from The Bachelor.

Where is Kristina on The Bachelor From?

According to Kristina’s Bachelor profile, her hometown is Lexington, Kentucky but she was actually born in Russia and adopted by an American family.

Before becoming one of 30 girls (now 22) vying for Viall’s affections, on The Bachelor, Kristina Schulman (24) was a dental hygienist in Lexington. There’s no public record of her earnings, which makes Kristina Schulman’s net worth difficult to determine. Dental hygienists typically make an average of $56,450 annually in Kentucky. The amount depends mainly on experience and education, and which part of Kentucky you work in. But who knows? She might put her skills to good use and start examining Viall’s mouth!

Who Does She Admire Most in the World?

Before the start of the show, Kristina Schulman opened up to The Bachelor producers about the person she admires the most in the world, and we weren’t surprised by her answer: “My parents. It takes courage to open your heart and home to four orphans and give them a life otherwise unobtainable.”

At this time, there’s no information on Kristina Schulman’s family or siblings, but we may get to see them if the 24-year-old makes it to the hometown dates!

Who Would She Be for One Day?

“My biological mother. I’d like to know what she was going through when I was young and if choosing alcohol over kids was worth it.”

It turns out that there’s a big story behind Schulman’s birth mother and her childhood. Fans might get a chance to see that as the season progresses.

Which Fictional Character Would She Be?

When it comes to being someone else for a day, Kristina Schulman would love to be a princess, more specifically, “Fiona from Shrek. She’s got some serious karate moves and she’s feisty and darling.”

So far, we like this girl —and her choice of princess! Like Fiona, Schulman is waiting for her prince charming, who could be Nick Viall, if she’s lucky.

If all goes well, she and Viall will grow old together and tell their grandchildren how they found love on a reality TV show! If that doesn’t have “Once Upon a Time” written all over it, then we don’t know what does!

Kristina Schulman is also a huge fan of Oscar-winning actress, Meryl Streep, and her favorite TV show is American Ninja Warrior (after The Bachelor, of course!) She even makes her own clothes when she has nothing to wear. What can’t the girl do? Maybe she’ll make her own wedding dress!

At the moment, we aren’t sure how far Kristina Schulman has made it on the show, but we’re rooting for her! Watch The Bachelor, Mondays at 8:00 p.m. EST on ABC.