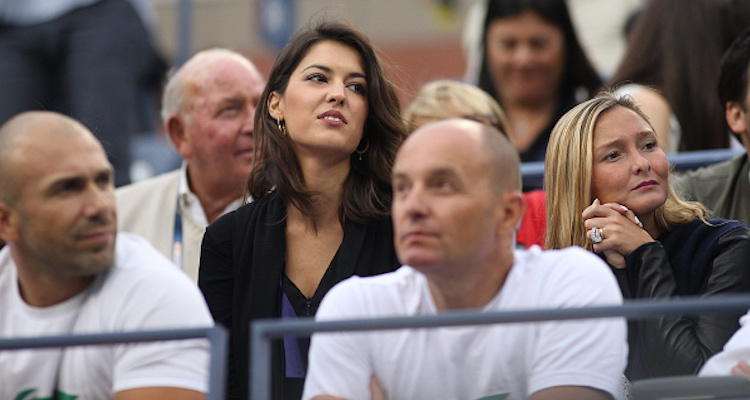 How Long Have They Been Dating?

While Kristina Milkovic’s age is unknown, we do know that the couple have been dating for seven years now. While Cilic doesn’t have any plans for marriage anytime soon, the pair are still together and Milkovic still remains one of the most important people in Cilic’s life, next to his family. While she does normally stay out of the public eye, Milkovic can be seen in the stands cheering on her boyfriend at all of his matches. She was there when Cilic won the U.S. Open in 2014 in New York and he still considers her his good luck charm to this day. At the moment, Cilic is facing off against Querrey and fans at the match  are kind of irritated. Why? They took to Twitter to share how annoying it is for them to see Cilic bounce the ball repeatedly before serving. We’re not sure if it’s Cilic being a perfectionist or if he’s just waiting for the right moment, but it sounds like fans don’t have time to wait before every serve.

She Has Two Degrees

According to Milkovic’s LinkedIn profile, she graduated with two Master’s Degrees from the University of Zagreb in 2014. She has one degree in political science and one in psychology. She can also speak fluently in Croatian, English, Italian, and Spanish. After her graduation, she was hired by the largest bank in Croatia, Zagrebacka banka. She was hired as an employer and branding specialist and was later promoted to head of talent acquisition last year. Her job included being the face of the company at job fairs, managing recruitment, and dealing with human resources.

While you might be searching for hot pics of the brunette beauty, you won’t find any on social media, because the tennis player’s girlfriend doesn’t have public Instagram or Twitter profiles. She does have a Facebook account with some pictures of her but don’t expect live updates and selfies every two seconds. Fans can also follow Cilic’s various social media accounts, but don’t expect a selfie with him—he would rather have a photo taken instead.

Wimbledon is winding down this week and the pressure is on now more than ever for the players. Will Cilic come out on top this time?